Download Festival 2019 is off and rolling and Britain’s largest rock and Metal Festival has delivered, as usual, a stellar bill for 2019.

This year’s headliners are Def Leppard, Slipknot and Tool but the major talking point so far has not been the bands, but the weather with Download becoming the main headline of several national dailies due to rainfall and mud of “biblical” proportions.

Britain has been hit by severe rain all week, turning the site into a mudbath, while festival-goers at the Isle Of Wight festival braved a tornado.

The unexpected weather was so tempestuous at the festival that a cyclone could be seen swirling ominously in the sky, but fortunately only a lasted a few minutes before tailing off. Former Download headliner Biffy Clyro are one of the three bill-toppers at Isle Of Wight this year.

The forecast is not good for the weekend with numerous Met Office rain warnings, environment agency flood alerts and warnings being issued. Some parts of Lincolnshire have seen two to three times their average June rainfall totals in just 72 hours.

However, forecasts say the widespread heavy rain will go away during the weekend and will be replacedwith a showery set up, but also some sunshine.

If Iron Maiden were playing Download this year, ‘Flood Brothers’ would definitely be this year’s theme tune but we’ll go with this instead from Trivium, who play the Main Stage tomorrow, Saturday, at 5.00pm.

However, Metallers are made of stern stuff and are not about to let something as trivial as a little bit of torrential rain stop the party. Mamie Cunningham said in Twitter: “Download is not about the weather… we are having the best time”, while Lynch Natasha Geez embodied the true spirit of our music, saying: 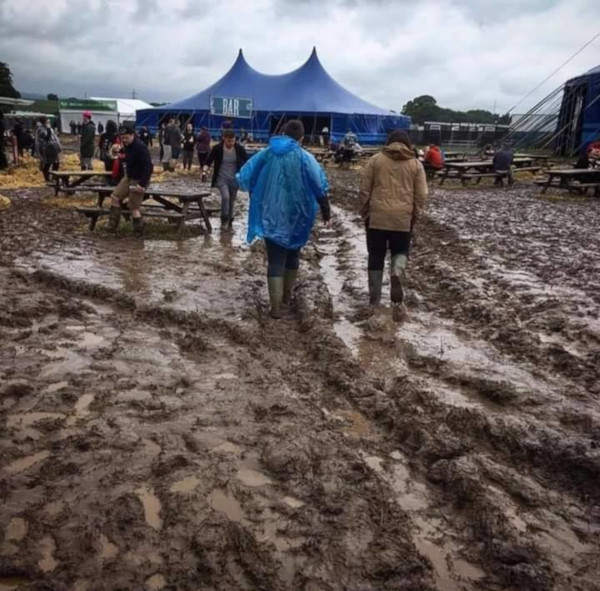 And if you need any further proof that the weather is not going to win this weekend, have a look at what happend when Black Sabbath played in a massive downpour in 2016 right here.

Iron Maiden followed that performance on the Sunday with the weather threatening to disrupt proceedings and they were utterly triumphant, as you can see right here. 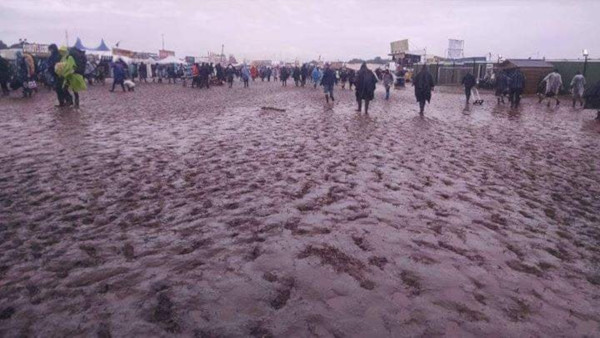 Nothing will stop this party and if you’re heading to Download, visit Motley Brew, Heavy Metal tean and coffee purveyors extraordinaire. Owner Phil Andre has experiences severe difficulties due to the weather and needs cheering up.

You’ll find the Motley Brew area next to the Zippo tent where Phil will be sure to cheer you up with a warming beverage and, if you would like, a therapeutic massage too. Phil’s stand will look pretty much like this. Please tell him we sent you. 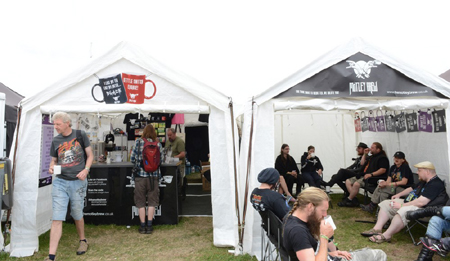 MetalTakl’s intrepid reporting team are armed and ready and at Donington Park now, so we’ll be bringing you extensive, exclusive coverage from Download from now, right through to Sunday night.

The first band are Last In Line, who we saw in London on Wednesday night and you can check out what happend in Islington right here.

Keep checking back because we’ll be bringing all the Download action to you live on these very pages throughout the weekend. 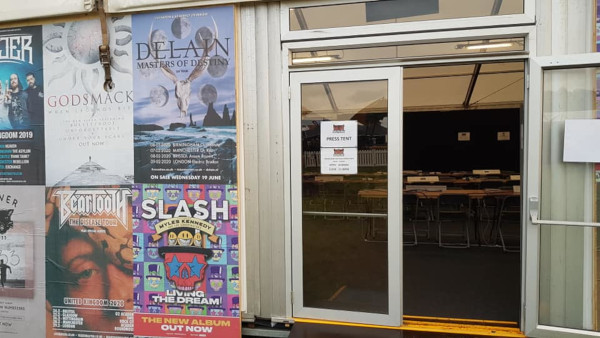 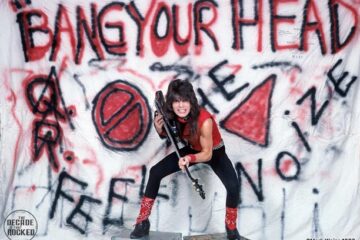