Download Festival 2019 is now well underway and Last In Line have absolutely obliterated the Main Stage at Castle Donington, leaving Tesla with the unenviable task of following them.

Both bands played London on Wednesday, with Tesla performing a select gig at London’s Abbey Road studios and Last In Line putting on a superlative performance at the O2 Academy Islington.

We’ll be revealing more about Tesla’s afternoon at Abbey Road in the coming weeks and meanwhile, you can check out just how much of a great night Last In Line had at Islington here.

Ground staff at Download really had their work cut out for them this week dealing with the appalling conditions but have come up trumps and made sure this show absolutely goes on, no matter what the weather can throw at it.

One hour until gates open for FRIDAY AT #DL2019 🤘 Straw is down and we are ready to ROCK – who are you looking forward to seeing today? 🔥 pic.twitter.com/SUSc0i3fSj

However, the Derby Telegraph are reporting that “fans are complaining because umbrellas are not allowed inside the Download Festival arena”, despite more rain being forecast.

This is because of health and safety rules. Umbrellas are listed on the Download website as one of the items you cannot take into the arena but some fans have questioned whether the rule should be relaxed as there is probably more chance of becoming sick because of the heavy rain than getting poked in the head with an umbrella.

It seems that the festival organisers are in chains on this one and the elf and safety boffins will have the final word on the matter.

Elf was Ronnie James Dio’s original band and the chains were definitely on as Last In Line opened the Main Stage at 1.00pm. They are keeping the legacy of Ronnie James Dio and Jimmy Bain alive, blending plenty of Dio classics with their two albums’ worth of original material and guitarist Vivian Campbell is on double duty today as his other band, Def Leppard, are tonight’s headliners. 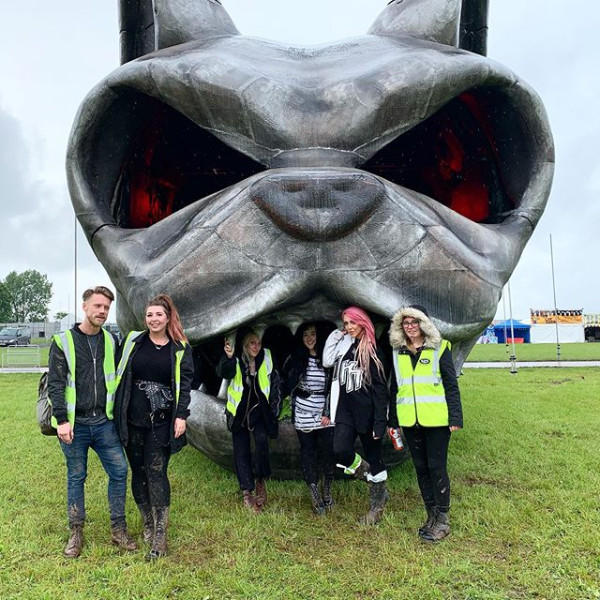 Bass player Phil Soussan last played Donington Park in 1986, with Ozzy Osbourne in the pre-Download days when Donington was one day, one stage, six bands. Also on the bill that day were Def Leppard, playing their first gig since drummer Rick Allen lost his left arm in a car accident.

So it’s two Doningtons for Phil, one with an Ozzy band and one with a Dio band, making him one of only three people to have played in both, barring the original Black Sabbath members. The other two are also bass players, Bob Daisley and Rudy Sarzo.

Last In Line set the bar extremely high as they opened a packed Donington Park, happy that the worst of the weather now appears to have passed and you can get a taste of the atmosphere right here.

Meanwhile, over on the Zippo Stage, the very appropriately named Goodbye June got procededings under way and won over a mass of new followers as they grabbed the opportunity to up their profile by the throat.

Skid Row have now taken to the Zippo Stage and we’ll let you whether they and second Main Stage act, Tesla, managed to follow two really superb opening acts in our continuing Download 2019 coverage. Check out the index right here. 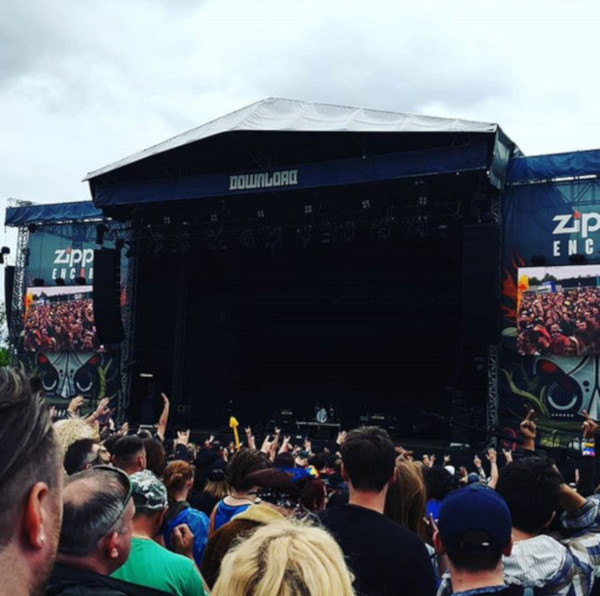