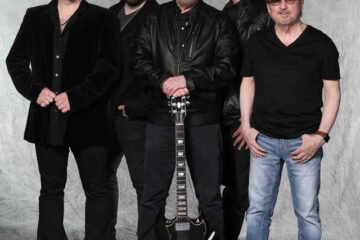 While the festivites were getting going at Download and the Donington spirit was starting to shine through after the rain finally eased off, we were hit by a deluge of new rock and Metal news, so before we bring you further Download updates, here’s a round up of what’s happening.

Michael Schenker Fest have completed the recording sessions for their second studio album, ‘Revelation’, which is scheduled to be released on September 20th this year via Nuclear Blast. Today, the band have released their first single, ‘Rock Steady’, and you can see the official video, along with several other new videos out today on our front page here.

Edenbridge will release their new, tenth studio album, ‘Dynamind’, via Steamhammer/SPV Records on October 25th 2019. The Austrian band surrounding vocalist Sabine Edelsbacher have once again succeeded in raising the bar for symphonic melodic Metal even further with their forthcoming album that will, without a doubt, go down in their history as their toughest release to date.

Horror punk rockers, Wednesday 13, have announced the re-release of almost their entire back catalogue with Napalm Records. It will be the first time some of Wednesday 13’s records have appeared on vinyl and on digital platforms. 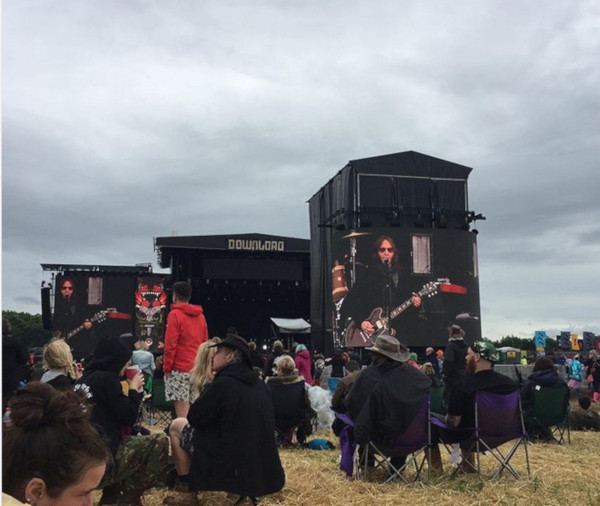 German hard rockers The New Roses are back to climb the rock Olympus with their fourth studio album, ‘Nothing But Wild!’. After successful live appearances all over the world, lately opening for Kiss, and the invitation to tour with the legendary Scorpions in summer, the four piece around Timmy Rough is ready to deliver the long awaited follow up for 2017s ‘One For The Road’, which hit the Top 20 in Germany.

Sabaton release their new album, ‘The Great War’, on 19th July and have released our favourite track from the album, ‘The Red Baron’, today while Gloryhammer have releasd ‘Masters Of The Galaxy’ from their third album, ‘Legends From Beyond The Galactic Terrorvortex’. Check them all out, along with the Michael Schenker Fest video, on our front page here.

Alter Bridge will return with their sixth studio album, ‘Walk The Sky’, on October 18th via Napalm Records. The fourteen-track opus marks a creative high point for the quartet whose vocalist, Myles Kennedy, will play Download’s Main Stage at 7.00pm today with Slash.

‘Walk The Sky’ draws upon elements from each of the band’s previous releases to create something new. Alter Bridge have announced tour dates this morning and hit the UK in December.

Clutch also have a Download Main Stage slot today and are on stage as we write, so we’ll come back to them shortly. In the meantime, they have also announced tour dates for December, while Delain, who are playing the Zippo Stage right now, have announced February dates.

That was better than the regular news, which is focussing today on which rubbish self-serving politician will be the next Prime Minister. It doesn’t matter who you vote you, you will get a bad government. It’s just showbiz for ugly people so meanwhile, back at Donington Park…

Clutch are absolutely cooking this afternoon, turning out great grooves and riffs on what is now a clear Friday afternoon. “This next song is a tribute to the glories of fried food,” jokes frontman Neil Fallon before they kick into overdrive with ‘High Bottom Feeder’.

Fallon’s spirited eyes make it appear like he is possessed and a very healthy Main Stage turnout go into a frenzy during the brilliant set closer ‘Electric Worry’.

Deadland Ritual are sounding really good as they open with Sabbath’s ‘Symptom Of The Universe’. Steve Stevens is on fire as he peels off extended solos with lightning speed and the whole band works superbly well as a unit playing only their seventh show. Stevens is a force of nature however and is completely steaing the show.

Geezer Butler looks just at home here on the Main Stage as he did three years ago when Black Sabbath headlined in the rain, but that has stopped for now and the crowd are really getting into the spirit of things.

Even with this rich selection of top quality bands, there is massive anticipation for someone else who has headlined Donington before as the sun shyly makes a cameo appearance and David Coverdale & Associates make their way to the Main Stage. We are most definitely ready and willing for this and Whitesnake will feature in the next article of our Download coverage.

The Nottingham Post have already declared a well-spirited festival-goer as ‘The Mud King’ and you can see how the title was rightfully claimed right here. 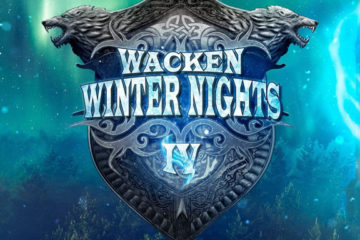