It’s thirty-two years and a day since the self-titled (‘1987’) Whitesnake album peaked at number two in the Billboard album chart but David Coverdale and the current line-up reminded their contemporaries exactly how to deliver a good time rock’n’roll show with a performance well worthy of a headline slot.

Ten years to the day since their Download 2009 appearance, Coverdale’s return to these hallowed grounds was the highlight of the day so far and audience simply lapped up every single move and note as Whitesnake slid it in right to the top. 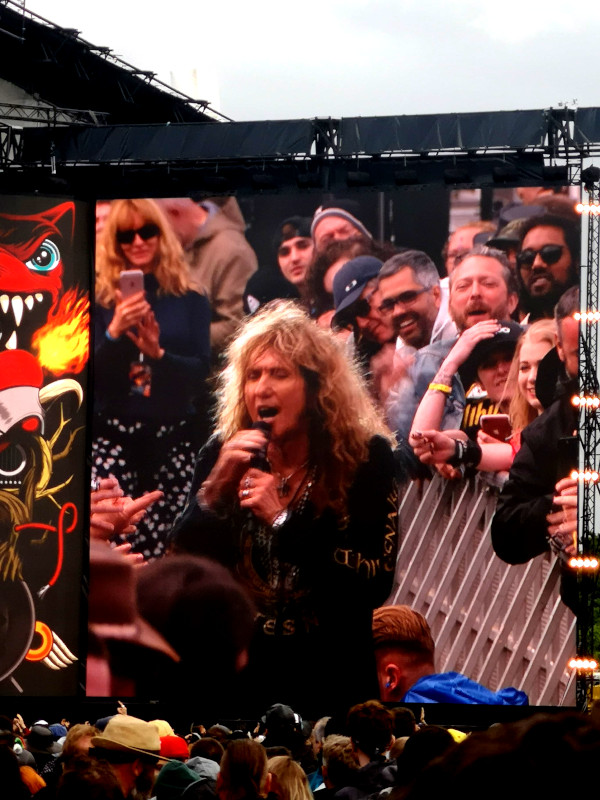 Def Leppard topped the bill on 14th June 2009 with Tesla also enjoying a Main Stage slot and on 14th June 2019, Whitesnake once again triumphed as the twin guitars of Joel Hoekstra and Reb Beach sang this vast array of modern day love songs as Coverdale produced an almost flawless performance.

Whitesnake looked and sounded better than ever at Download today, currently the only UK date of their ‘Flesh & Blood’ world tour, and of the biggest moments of the performance was when they played their latest single, ‘Shut Up And Kiss Me’. 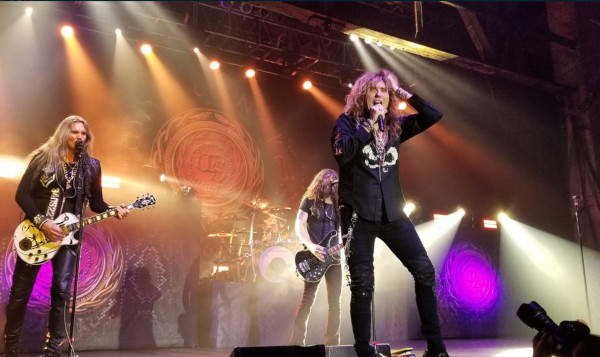 Coverdale delighted the crowd with his usual joviality and especially when he walked down to the barrier to sing ‘Give Me All Your Love’ and while letting go of some seriously high notes that would put lesser (and far younger) men at risk of serious hernia. He does get breaks these days however, the highlight today being Tommy Aldridge’s bare handed drum solo.

All hell broke out for ‘Here I Go Again’ with the whole Download crowd singing it to, and with, David in another glorious moment and as the weather changed for the worst again, there was no crying in the rain, just a mass appreciation of one of the greats and a great, solid performance. 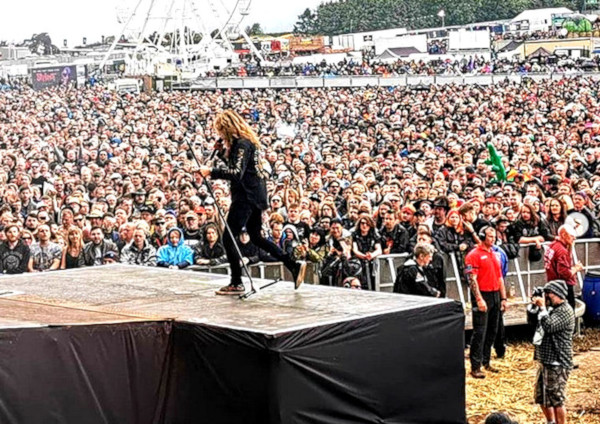 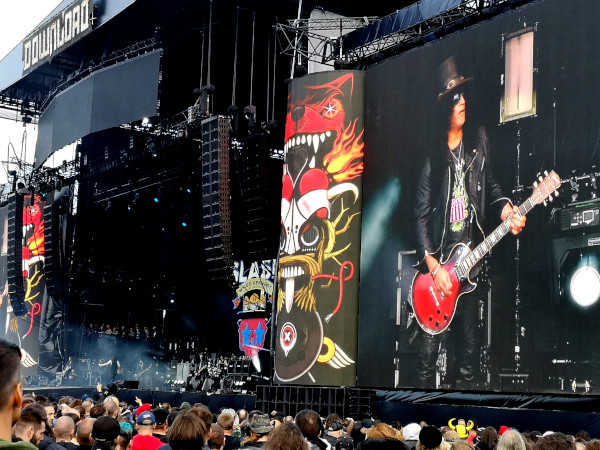 Download needed someone of the magnitude of Slash to follow Whitesnake and the iconic guitarist’s solo act with Alter Bridge frontman Myles Kennedy is nothing short of absolute class. It’s Mr Pitch Perfect and Mr Super Cool and they brought the blue skies back to Download, as well as a collection of figurines on the cabs, including a rather large dinosaur.

Songs from new album, ‘Living The Dream’, made up most of today’s set with bassist Todd Kerns totally shining in his own right, especially during the memorable ‘My Antidote’ before an epic Slash guitar solo and Kerns taking the lead for ‘Dr Alibi’, which he dedicated to Lemmy. 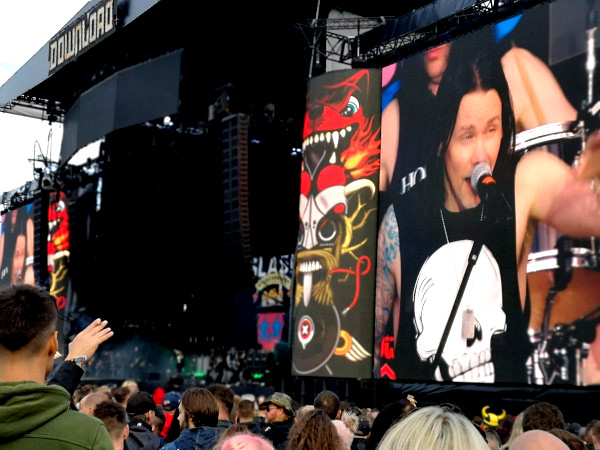 Slash simply had to include at least one Guns N’ Roses classic in the set and the rain started to come down again just as the band kicked into the almost ironically titled ‘Nightrain’, which is not about precipitation at all.

Set closer ‘World On Fire’ is not about flames and plumes of smoke either but Slash and his excellent band burned up this stage today and left Donington Park ablaze with the whole arena demanding “one more song!” 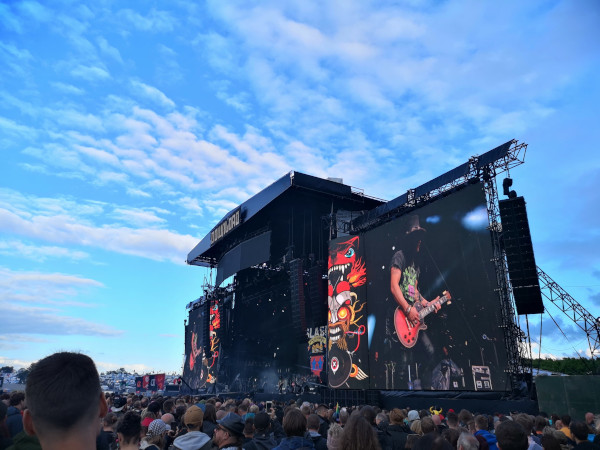 Next up, headliner Def Leppard, and we’ll be back with that later this evening, plus more from Download Friday, a truly monumental day. Check out our Download 2019 coverage so far right here.