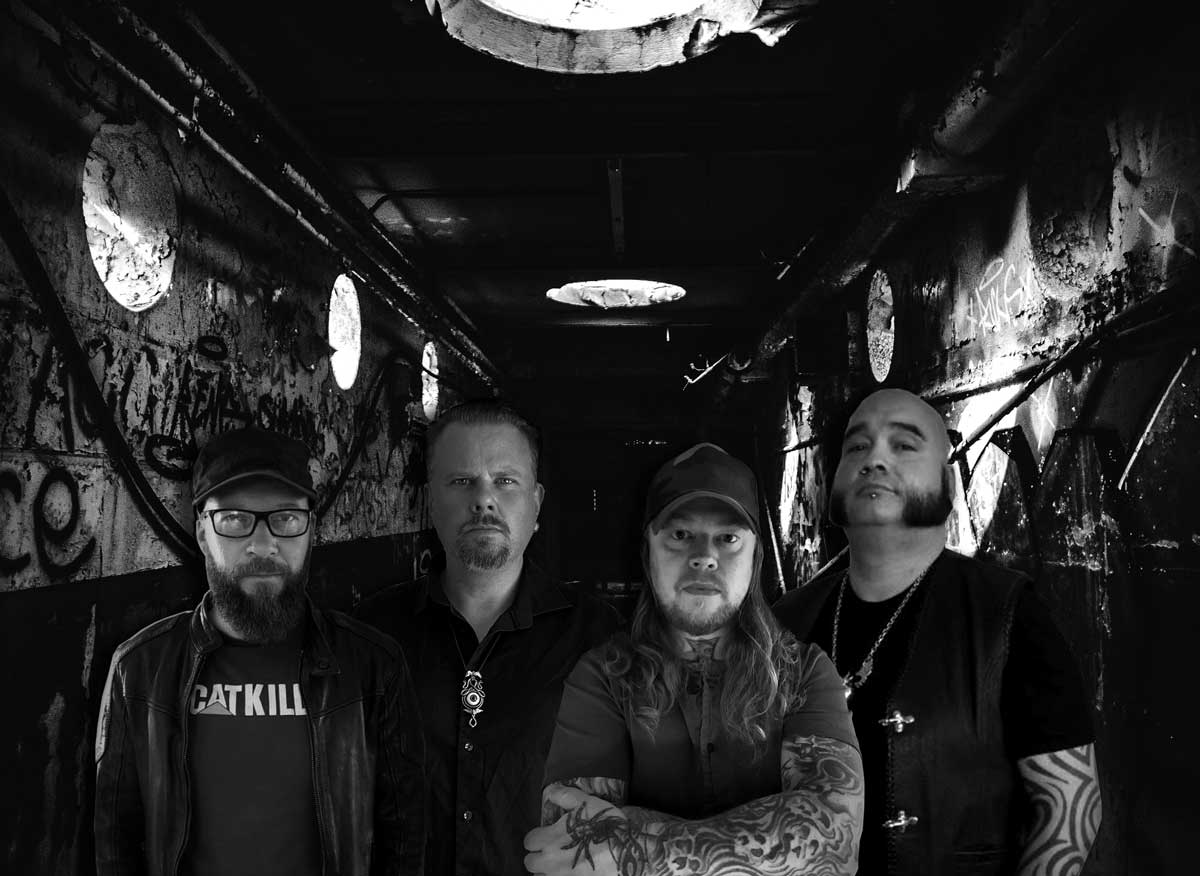 A new year and a new Rogga album. Why? Because he can!! And there is never a wrong time for a Rogga album – that is why!!

This time it is his Stass collaboration with legendary vocalist Felix Stass of German Gothic Metallers Crematory. The Stass story started when Felix and Rogga met at a show and later collaborated on a song for Rogga’s multi-personnel project, the 2014 Megascavenger album ‘The Plateaus of Leng’.

And because Rogga has never been one to pass on the opportunity of a new project, Stass was created.

Stass return with their second offering ‘Songs Of Flesh And Decay’, the follow up to 2017’s dark and melodic ‘The Darkside’, and this album is a major step up from its predecessor.

The songs this time around are heavier and catchier but still melodic and the sound style is more coherent than the debut. While the debut featured some interesting tracks, it seemed to me that it was as if they were still experimenting with ideas.

On this release, they have coalesced nicely into a raw and dirty Swedish Death Metal sound which definitely has the catchy and addictive Rogga trademark to the riffs, whilst still managing to be easily distinguishable from his other offerings. This is quite an achievement with so many projects on the go.

You also get Felix Stass’s superb gravelly vocals across the entirety of the release, as opposed to mixed with cleans, as is the case with his band Crematory. Another bonus is the multiple bursts of flamboyant leadwork on pretty much every track. This seems to leap out at you, courtesy of lead guitarist Kjetil Lynghaug who has worked with Rogga on his Eschelon, Johansson and Speckmann, Monsterous and Paganizer projects.

The whole album is completed by horror rich lyrics.

‘Songs Of Flesh And Decay’ is an end to end great listen, but I do have a couple of favourites. Opening track ‘Dreams of Rotting Flesh’, with it’s combination of addictive repeat riffing, unrelenting drive and sinister intonation and the equally sinister, but addictively groovy and dirty ‘Skin That Peels Away’.

Overall, I do think this whole album should be a big hit with Swedish Death Metal fans.

Previous articleRaphael Mendes / ‘What if Bruce Dickinson..’ YouTube star to front new Icon Of Sin project
Next articleAccept / Still the absolute Metal masters with ‘Too Mean To Die’