Rob Zombie is to release his seventh studio album ‘The Lunar Injection Kool Aid Eclipse Conspiracy’ 12 March 2021 via Nuclear Blast and this is his first new album in almost five years.

Today, Rob has also shared the video for the first track ‘The Triumph of King Freak (A Crypt of Preservation and Superstition)’ which you can watch below.

As the writer and director of eight feature films, with a worldwide gross totalling more than $150 million, his re-imagining of John Carpenter’s ‘Halloween’ in 2007 debuted at number one and still holds a Box Office record for US Labor Day Weekend.

A limited edition vinyl 7″ of ‘…King Freak’, b/w ‘The Serenity Of Witches’, is available now.

Track List:
Expanding the Head of Zed
The Triumph of King Freak (A Crypt of Preservation and Superstition)
The Ballad of Sleazy Rider
Hovering Over the Dull Earth
Shadow of the Cemetery Man
A Brief Static Hum and Then the Radio Blared
18th Century Cannibals, Excitable Morlocks and a One-Way Ticket On the Ghost Train
The Eternal Struggles of the Howling Man
The Much Talked of Metamorphosis
The Satanic Rites of Blacula
Shower of Stones
Shake Your Ass-Smoke Your Grass
Boom-Boom-Boom
What You Gonna Do with That Gun Mama
Get Loose
The Serenity of Witches
Crow Killer Blues 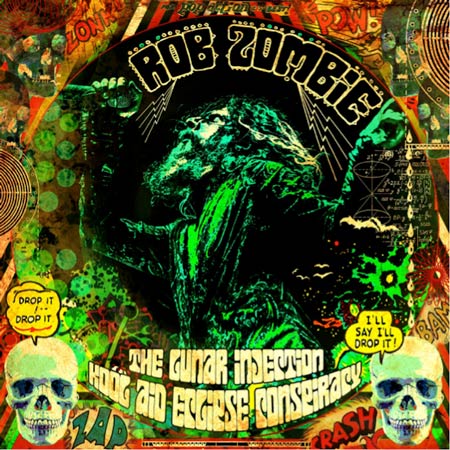 Diamond Head / Watch the epic re-recorded version of 'Am I Evil?'