Punk and Extreme Metal / Looking Back on 2021: A Year in Review

2021 may not have been the year we have hoped for, but in terms of quality studio releases, musicians across the genres of Punk and Metal have turned adversity into triumph, focusing on channelling everything into their creative endeavours.

I decided against an album of the year, instead choosing ten of the best out of the ninety albums I deemed worthy of a review over the last twelve months.

I could easily have made it twenty or so because the standard was consistently high, so as you can imagine, it was a difficult choice.

It delivers an irresistible meld of Grindcore with slightly crusty Death Metal, manifesting in a listen that is both catchily engaging and surprisingly easy on the ear for the genre, whilst looking at the subjects of death in different forms, mainly the causes of death: consumerism, war, religion, and human influence on the environment.

An album that definitely hits the spot.

An absolute nugget of joy manifesting as eleven compact minutes of Punk brilliance.

Sometimes funny other times serious, and occasionally silly, but, end to end, an excitingly ballsy listen that I can’t tear my ears away from. It encapsulates everything I want and expect from a Punk album.

V3 – Vernedering is the pinnacle of The Monolith Deathcult V trilogy. The best of the three, although the other two are really good, it’s filled to the brim with Metal brutality and mesmerising unpredictability, which sits superbly beside hilarious, tongue in cheek pseudo-self-denigrating dry humour.

It’s controlled chaos, a work of skilful genius and utter madness all rolled in one. It’s also guaranteed to clear the most stubborn brain fog.

She Said Destroy have always been, for me, one of the great Metal innovators, adding djent and jazz elements to their unique brand of Progressive Melodic Death/Black/Thrash Metal.

With Succession, which consists of material written over the last thirteen years and representing a broad collection of influences and musical styles, more so than with the previously released offerings, they really take this to the next level, maintaining an old school ethos to the recording.

The Zornheim Sleep Experiment, a dramatic musical and narrative-driven concept revolving around the horrors of a mental institution and its prisoners, is an exposé of the terrible happenings at the Zornheim Asylum.

This is simply a stupendous work of Symphonic Black Metal excellence. Nothing else needs to be said.

Allsighr is an unbelievably easy and addictive listen, one of those rare albums you can happily leave on repeat without tiring of it. Of all the albums I’ve reviewed, it’s the album I have played most this year.

End to end, it’s a clever meld of contrasts, quirky and eclectic, sinister yet groovy, retro in content yet forward-thinking in the way it’s formulated. With a unique psychedelic slant balanced against more doomy and dwelling moments, Allsighr is a unique meld of ’70s rock, ’80s Speed Metal and ’90s Black Metal.

Wode – Burn In Many Mirrors

The dark and sinister content, raw, driving, and ferocious delivery that also harbours a surreptitiously groovy and addictive undercurrent is what makes Burn In Many Mirrors such an excellent and exhilarating chunk of Black Metal that merits and gets repeat plays.

Katedralen is such a powerful and emotional listen that you can feel Thomas has poured his soul into this work, and on listening, you can’t help but be moved greatly by what you hear. It exudes emotion which streams out from both the vocals and the music to the point that at times is overwhelming, in a very good and cathartic way.

This is, for me, a true act of genius, to be able to so clearly express so much in music in such a way that I couldn’t tear myself away from listening if I wanted to—a raw driving slab of superb Black Metal.

The Holocene Termination is eighteen minutes of brutal joy from one of Metal’s legendary musician’s Sahil Makhija. A heady meld of Death, Black and Thrash Metal that makes a blindingly good listen.

Necromantia – To The Depths We Descend…

Probably the most moving release of the year in so much as that To The Depths We Descend was created as a farewell release dedicated to the late Baron Blood, band founder and eight-string bassist who passed in 2019. It’s an album that Necromantia will certainly be remembered for.

Even without the Baron, it’s well varied, superbly unpredictable, fully engaging and a fitting epitaph for a great musician.

Gigs of the year

Considering the gig year didn’t start until July for me I did manage to get nine events in, which was better than I expected. These were my stand out events:

Solempnytys Festival MMXXI, in Plymouth back in September. The best bands amongst a very strong line-up for me were Foetal Juice, who induced all manner of crowd madness, pit action and crowd surfing in a room the size of most people’s living room – there was no escape, Necronautical, Sidious, Formicarious, The Drowning, Abandon the Weak and a band that I’d not seen before but certainly plan to do so again, openers Devistator who really got things moving.

Winter Assault III at Brighton’s Green Door Store in early December was another superb event. Dogged with a lot of last-minute line-up changes due to Covid-19 related issues, no doubt causing a lot of stress to the promoters, but they appeared to handle the changes swiftly and effortlessly. The final line-up with Trivax, Nahemia, Vehement, Burial, Dehubarth, Adder and Allsiah seemed to me stronger than the original, and not a single band disappointed me. A superb evening of Metal.

Over the course of these events, I made a couple of superb new band discoveries, the first being the previously mentioned Adder, who I also saw supporting Abduction in November, who are a band with huge potential that I will now be following closely. Old school punks The Cryo-Genics were another serendipitous replacement at a free punk gig in October that I’d only attended initially because the Bus Station Loonies and The Butt Plug Babies were playing. The Cryo-Genics stepped in to replace Slug Butter and gave a superb, no holds barred in your face performance that was so good they were booked on the spot for next year’s Plymouth Punx Picnic. I’ll be looking forward to their return also.

To get to as many gigs as possible, to have as normal a life as possible, to endeavour to keep dodging “The Rona”, and to look forward to the regular possibilities of great new releases. 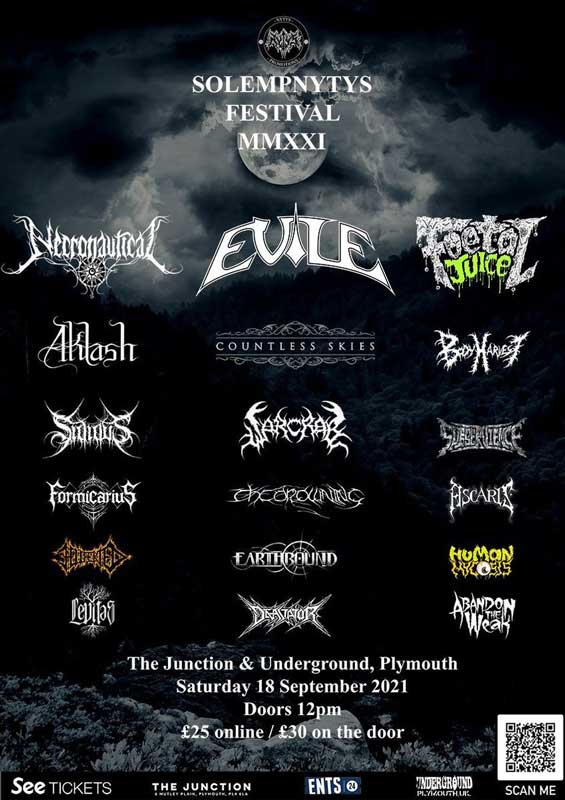 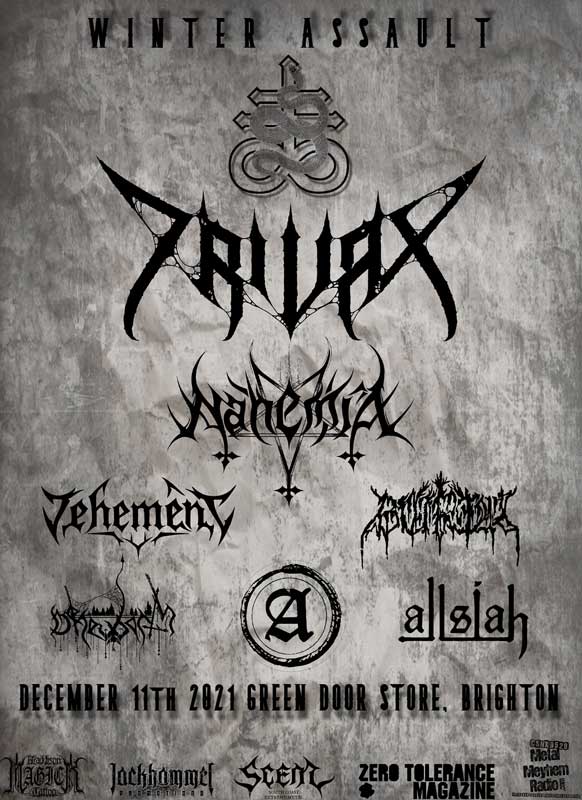