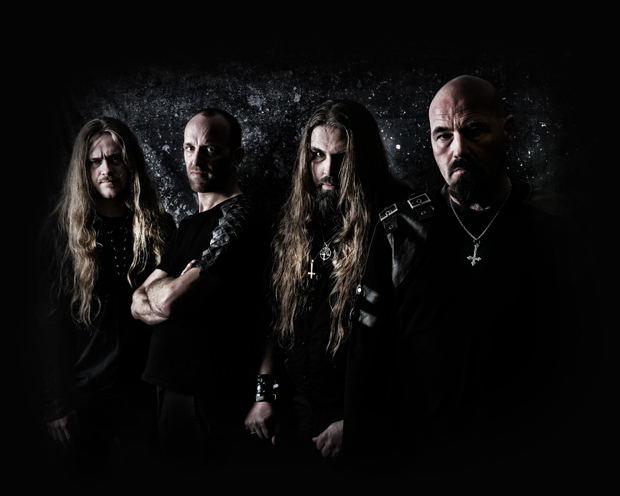 Despite a couple of breaks in their illustrious career, Netherlands Blackened Death Metal legends ‘God Dethroned’ have still managed to amass a back catalogue of ten studio albums across their twenty-nine-years, from the 1992 debut ‘The Christhunt’ all the way to their comeback album ‘The World Ablaze’ in 2017 and are now returning with their eleventh release, ‘Illuminati’.

‘Illuminati’ offers their strongest and most broad ranging work to date, it maintains all the brutality that fans have come to love over the years whilst expanding on ideas which were also spawned in past works and broadening their boundaries and sound with keyboards throughout, subtly applied and adding more atmosphere, at times a symphonic feel and in the in the vocal department there is the addition of ‘grunt-on-tone—singing with a grunt courtesy of Kevin Quilligan (Apophys).’ 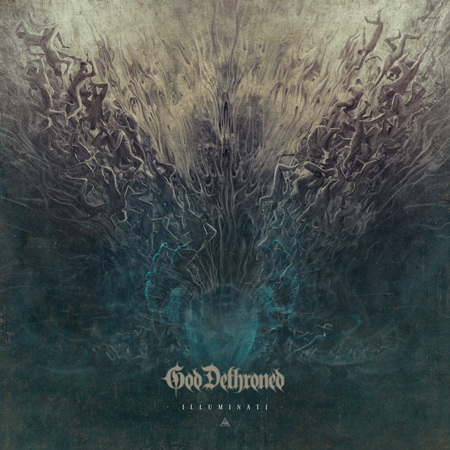 The lyrical inspiration steps away from the World War I theme of Illuminati’s three predecessors; ‘Passiondale (Passchendaele)’, ‘Under the Sign of the Iron Cross’, and ‘The World Ablaze’ in favour of a  return to their anti-Christian roots along the lines of their earlier releases, 1997’s ‘The Grand Grimoire’ and ‘Into the Lungs of Hell’ in 2003; “Embarking  on a journey to unearth secret religious societies, photograph scenes of erotic derangement (re:Hieronymus Bosch’s “Garden of Earthly Delights”), feed jealous angels, tell tales of forced evangelism, detail demonic frenzies, and, of course, covet the spawn of Satan“  as well as incorporating a “Freemason-like atmosphere into the songs and imagery.”

End to end this is a superbly constructed and delivered album, predominantly driving and intense but knowing when to drop back the pace and intensity or switch the direction for maximum effect, completed by the excellent gravelly vocal delivery which intensifies the very clearly delivered lyrical content.

The secretive sect of the Freemasons is explored in the opening title track ‘Illuminati’, with its dark moody opener expanding out into a punchy yet suitably grandiose, beautifully layered and complex track that entices you to explore the rest of the release, closely followed by ‘Broken Halo’ with its punchy repeat opener moving to an intense rapid delivery.

One of my favourite tracks, and trust me when I say it was a difficult decision even trying to make a choice here, is ‘Book of Lies’ which deals with forced conversion, it has a haunting and atmospheric opener, matching superb haunting melody contrasting against gritty riffs and powerfully second half leadwork.

‘Spirit of Beelzebub’ covers the idea that despite what some people may think Satan is still very much part of this world (metaphorically speaking, not necessarily a bad thing in my opinion, a degree of balance is essential), an aspect that is very much evident in the lyrics, it intense delivery from the off-set and I love the powerful vocal chorus.

‘Satan Spawn’ is another straightforward punchy and intense offering followed by ‘Gabriel’, a dark offering with an ominous melodic repeat and leadwork, inspired by the movie, “The Prophecy”, on the subject of a second war in Heaven.

Also catching my ear is ‘Eye of Horus’ it’s a bit different sound wise, slightly exotic, thanks to chanting backing vocals and choral elements alongside a haunting melody, complementing well the driving riffs and covering the subject the Egyptian god Horus and the balance between good and evil.