Formed back in 2015 in Dhaka, Bangladesh, Blackened Death Metal outfit Orobas released their debut EP in 2016, the brutally excellent, Arise In Impurity, which, as a point of trivia, featured the ukulele in one of the tracks. They are influenced by the likes of Venom, Mayhem, Beherit and Behemoth, with the band’s lyrical themes based on occult and mythology.

Since then, it has been a little quiet on the Orobas front due to founder/drummer extraordinaire Hephaestus moving to Denmark in 2019. Now, they have returned with brutal vengeance, with a refreshed line-up featuring Beleth and Desekrator as a guest vocalist, joining Hephaestus.

The follow-up EP, Resplendent Realms Of The Mahatala, consists of three brand new tracks, which follows the teaser single, Rise Thy Unholy, which they released in 2019.

Hephaestus explains that the main idea behind Resplendent Realms Of The Mahatala. “Hailing from the darkest atavistic jungles of the forest primaeval, seven jewelled Naga serpents are unleashed from the head of Chhinnamasta, the beheaded Tantric Goddess. Descending into the ancient halls of the Necromanteion, the nexus between worlds, the ancient shades come forth. From the darkest crypts, the Unholy arises throughout the aeons of time to unleash the ancient fury of the Mahatala.” 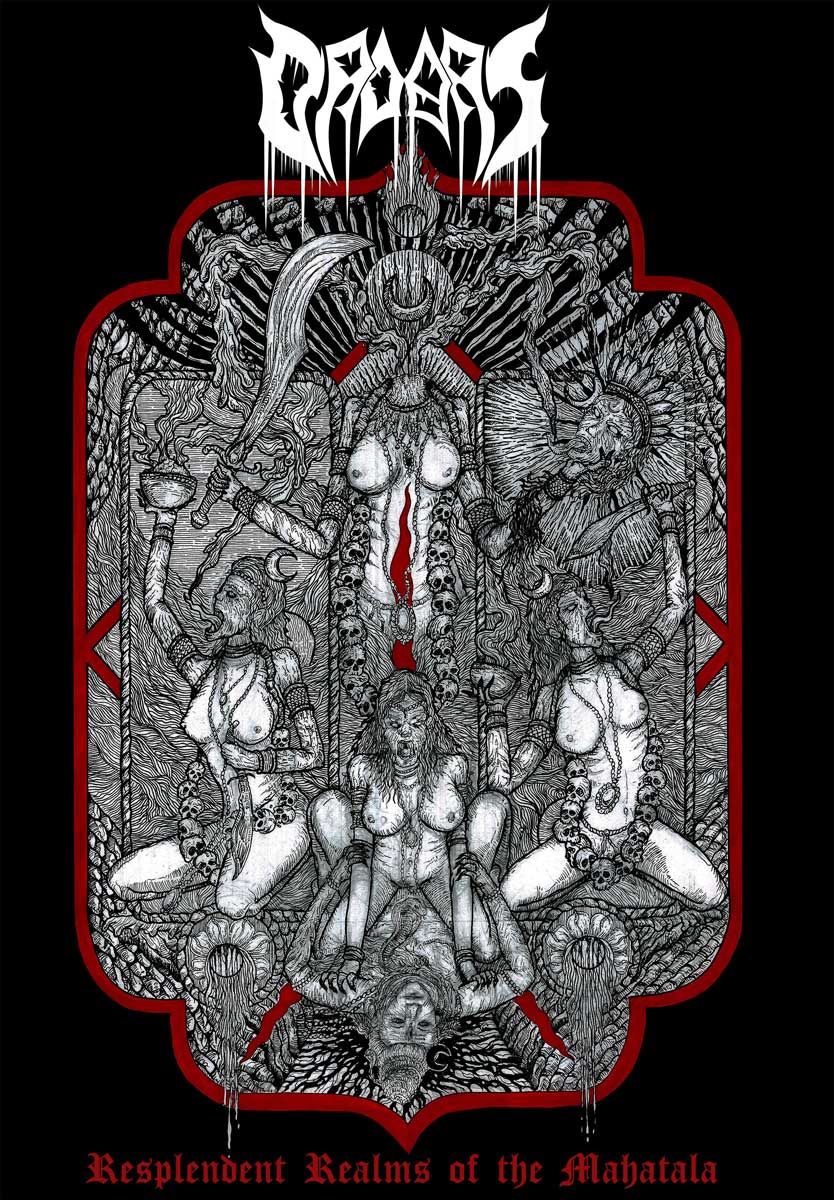 The EP opens with Hymn Of The Severed, a short, haunting and eerily atmospheric, scene-setting instrumental which features the unique sound of Brazilian musician Johnny Herno on his homemade Berimlata. A combination of a Berimbau musical bow and a paint can, this gives way to Chhinnamasta, which initially has an enticingly exotic quality to the opening guitar work, which makes what follows, all the more impactful.

Forty-five seconds in, and you are greeted by a torrent of drum work, which is rapidly joined by intense riffing and brutally scathing growls paring back midway for some hauntingly good leadwork. This returns to the raw and visceral brutality, which, whilst remaining brutal, does take a few engaging direction shifts before dropping back to a closing intriguing clean and reflective guitar passage.

The final assault on your senses is in the shape of Necromanteion, a tastily raw and unrelenting closing beast of a track, which once again drops off in the final thirty seconds or so to a quirky, off-kilter piece of closing guitar work.

Resplendent Realms of the Mahatala is a fascinating EP, a tantalising taste as to what Orobas are capable of.

It is only currently available as a limited-edition tape from https://slaughterhouserex.storenvy.com/products/32130106-orobas-resplendent-realms-of-the-mahatala-cassette so, if you are interested, get in quick.