Back in the summer of 2020, Metaltalk reviewed the debut album of Crown Lands, a rock duo from Canada. We spoke in praise of the riffs, both catchy and prog-tastic at times, the searing vocals and the passion for speaking out about topics dear to their hearts.

Overall, a cracking debut album that was five years in the making. So many bands can run out of steam after a successful start, but not Crown Lands. Despite being only four songs, this EP is half an hour of sheer beauty and is easily their best material yet.

The first song, Inner Light, is their first-ever instrumental song with a whole range of timbre and rhythms. They build the layers of sound with guitars, tablas, and Taurus pedals, creating an amazing soundscape.

Alongside this is the largely 4/4 rhythm, but with 7/8, 15/8 and 5/4 thrown in for good measure to ensure there is never a dull moment. Although this may give the impression of an extreme ‘prog’ album, Crown Lands have that lovely blend of musicianship with accessibility. 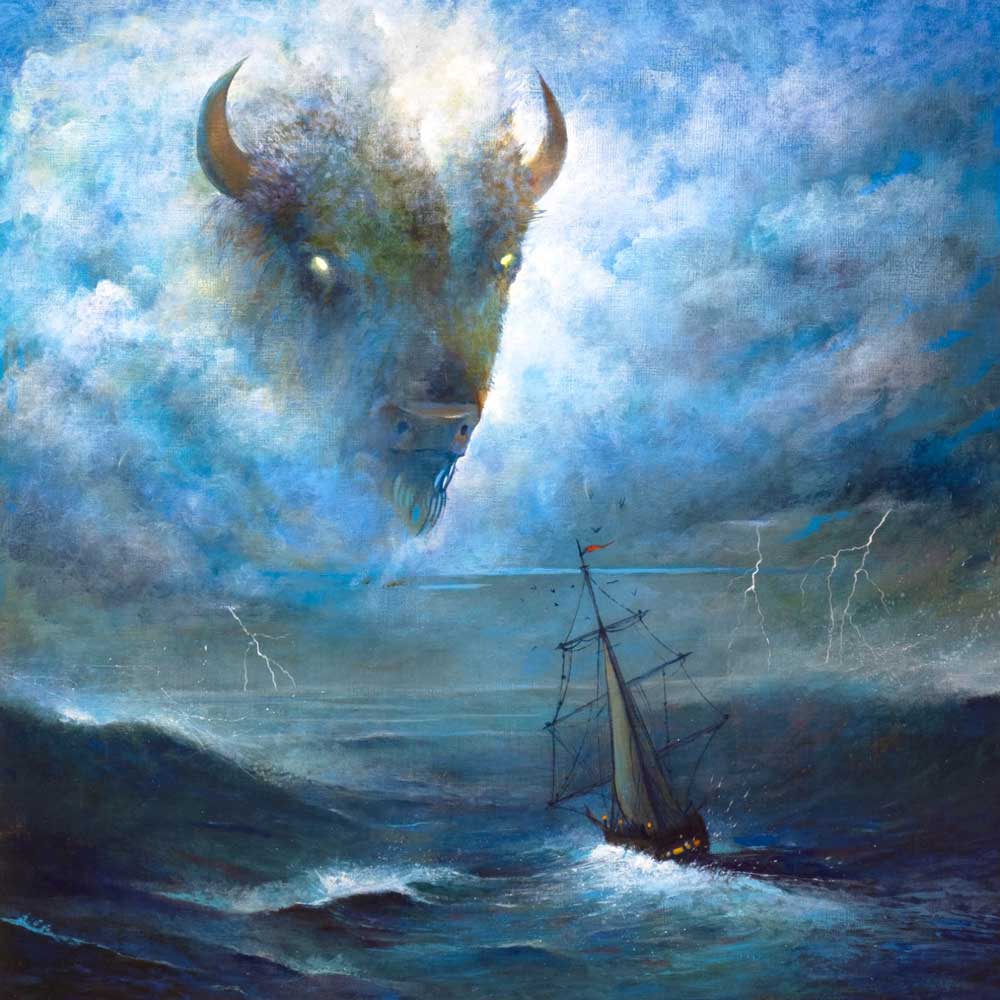 There is no difficulty in bopping your head along to these well-thought-through riffs. This is no coincidence, as Bowles explains, “Something we took away from those sessions was how to make odd time signatures not sound odd, and appeal to the casual listener and the nerd at the same time.

“Bands like Genesis and even Led Zeppelin did that well, so we’re taking from songs that we love and applying it to our music.”

The second song and EP title track, White Buffalo, is the shortest at just under four minutes. This song was produced by three-time Grammy winner David Bottrill (Tool, Mastadon, Peter Gabriel) and is incredibly catchy with a mixture of funk, groove and heavy moments. The lyrics address indigenous rights as the third part of a trilogy of songs that have this theme.

The song Mountain deals with what happened, End Of The Road with what is happening, whilst White Buffalo is about what will happen. “The white buffalo is a symbol of prosperity and strength in indigenous cultures,” says Bowles, whose own heritage is half Mi’kmaw, an Indigenous tribe from Nova Scotia.

The passions of the lyrics are constant, with the music changing from crisp and groovy riffs to heavy and powerful choruses.

The third song, Witching Hour (Electric Witch), is a re-interpretation of a song from an acoustic EP. And you can be glad they did have a second stab at it, as this is now a stomping rock song, which even includes an extended guitar solo from the self-professed keys and bass player Comeau. “I’ve always thought of myself as more of a keyboard player and bass player,” he says, and yet many guitarists would be happy if they could shred as he has here.”

The final song, The Oracle, returns to the more prog side of their sound, with it being a 13-minute epic, traversing a whole range of sounds and emotions. Once again, the adjective ‘powerful’ comes to mind as you hear the heavy, fist-pumping riffs, syncopated rhythmic moments, calm melodies, but all with a constant and natural flow.

As Comeau points out, “The Oracle has some of our heaviest moments and some of our most serene, and I’m excited to see how we can push that even further.”

Their name, Crown Lands, is connected to the stolen land from Canadian indigenous people, and as Bowles puts it, “Crown Land is stolen land, and we are reclaiming it.”

This may not be the only crown they claim because if they keep producing music of this quality, they could be on track to taking the Canadian prog crown from their heroes, Rush.

With increased success and fame comes the freedom to do things their way. As Comeau says, “I love that we get to be the band making technically proficient music that still has a strong sense of melody. We’re finally making the music that we want to hear.”

This EP is well worth the listen and comes wrapped up in gorgeous artwork on the front.

We can only look forward with anticipation to what Crown Lands will produce next.