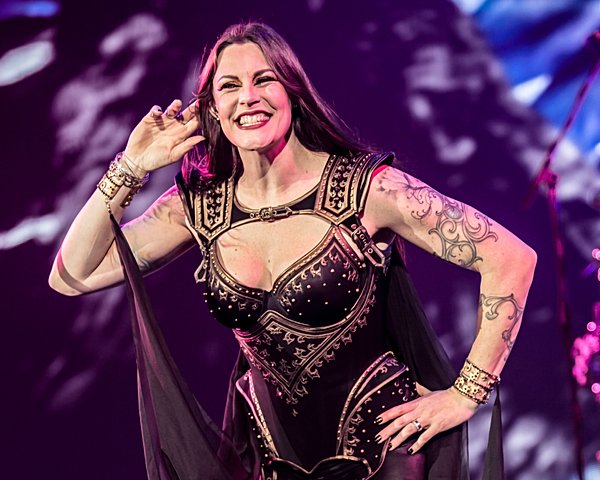 Symphonic Metal legends Nightwish seem to have entered a second golden age in recent years.Tonight the Finnish Metallers return to what is becoming their second home at Wembley Arena. Now touring their recent ‘Decades’ best of release, they are treating fans to a very special set including some rarely played classics.

If there is anything we have learned about Nightwish over the years, it’s that they don’t do things by half measures. Opening their set with the symphonic Metal fire storm ‘Dark Chest Of Wonders’ the band look and sound incredible.The production is nothing short of spectacular with enough dry ice and fire to sustain a ‘Lord Of The Rings’ battle scene.

The heavier riffs of ‘I Wish I Had An Angel’ come thick and fast with bassist Marco
Hietala getting his share of vocal duties before the set flows into the rarely played operatic headbanger ’10th Man Down’. From the Viking Metal dance of ‘Sacrament Of Wilderness’ to more widely know tunes like ‘I Want My Tears Back’, the band are simply faultless. 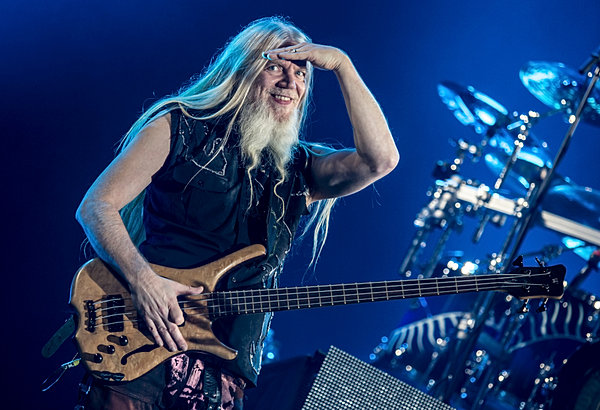 Although she has been a part of Nightwish for five years now, frontwoman Floor Jansen is still the first topic of conversation whenever Nightwish comes up. Based on their last album and their show tonight, she is not only the greatest and most well
rounded vocalist they’ve ever had, she might just be the most impressive front woman in symphonic Metal today.

The band go smoothly from their more recent single, ‘Elan’, to older gems like the fabulously over the top dungeons and dragons Metal of ‘Elvenpath’. The interplay of guitarist Emppu Vuorinen and bass player Marco Hietala is nothing short of mesmerizing, with Vuorinen playing blinding guitar solos while Hietala shouts his punchy backing vocals.

It’s particularly thrilling to watch the band play lost classics like ‘Devil And The Deep Dark Ocean’ which haven’t been played live for almost twenty years.

All of the power and operatic elements of their sound come together in ‘Slaying The Dreamer’ before the truly epic ‘The Greatest Show On Earth’. Thanking the full Wembley crowd, many of whom have traveled from across Europe and beyond to be
here, the band return for an encore of the glorious and seemingly ageless ‘Ghost Love Score’.

This was a truly triumphant celebration of their music and indeed the genre itself.

Nightwish gave their fans yet another unforgettable night to treasure. 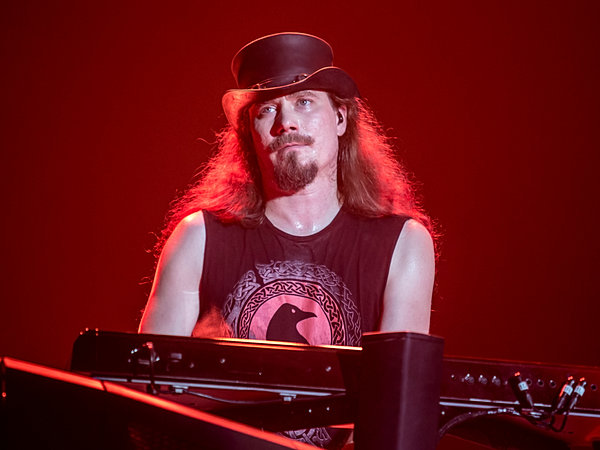