There are some Metal shows that you go to where the people up on stage have carefully crafted their image, their sound, their on stage moves to create something they want to present to the world. Then there’s an Anvil show. Just three guys delighted to be on a stage and disarmingly honest about how happy they are to continue to pursue their dream of being a touring Metal band.

There’s no pretensions anywhere to be seen as Lips and Rob Reiner make their way through the crowd to the stage along with bassist Chris Robertson. When they finish tuning up and turn to face a sold out Bannermans, the grin on their faces that the huge roar that greets them brings is genuine and full of wonder. Lips move to walk into the crowd to play opener ‘March Of The Crabs’ just seems the natural thing to do. We are just like you is the message. 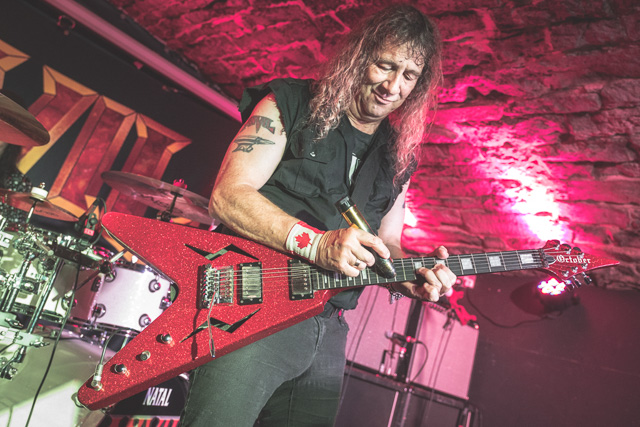 Stories of life on the road with Lemmy mix with banter about bald spots between tunes and reinforce that feeling of a bond between these maple leaf Metallers and their fans.

There’s some joshing about ‘The Story Of Anvil’ documentary too but while this may have relaunched their career(“I haven’t made a delivery for thirteen years!” says Lips) what has made it stick is that they have the songs to keep people coming back. From old school riff based Metal groovers like ‘Ooh Baby’ and ‘Free As The Wind’, to Metal rock and rollers like ‘Badass Rock And Roll’ and crushing Metal anthems like ‘This Is Thirteen’ and ‘Legal At Last’, they cover all the bases and do it well. 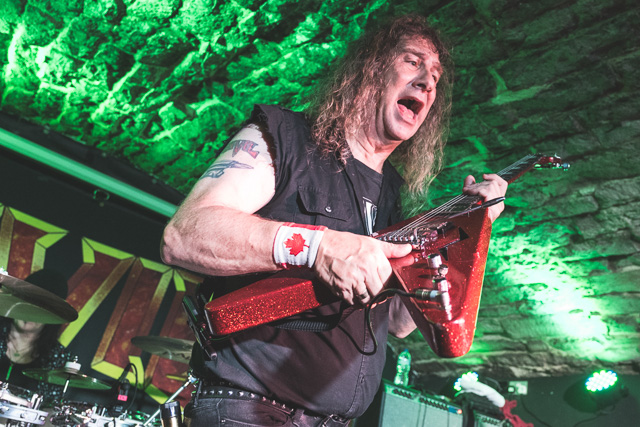 Everything is delivered with enthusiasm, sweaty honesty and just a feeling of authenticity that you can’t manufacture. These guys are the real deal and their anthem ‘Metal On Metal’ still gets a veteran crowd moving decades after it was born. 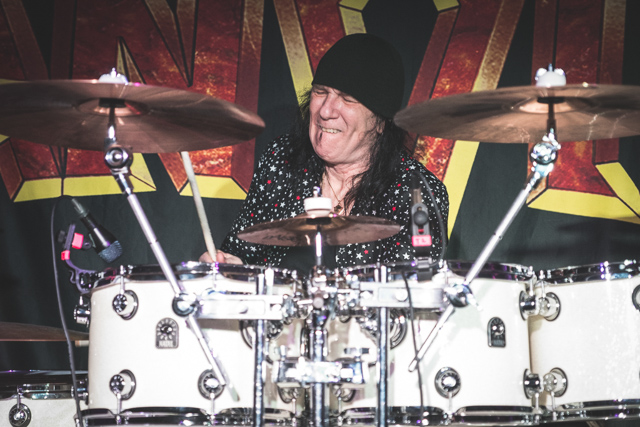 The story of Anvil is really just of guys who play simple, straightforward Heavy Metal with a smile. No frills, no pretensions and damn proud of it. And so they should be. Same time next year please guys. 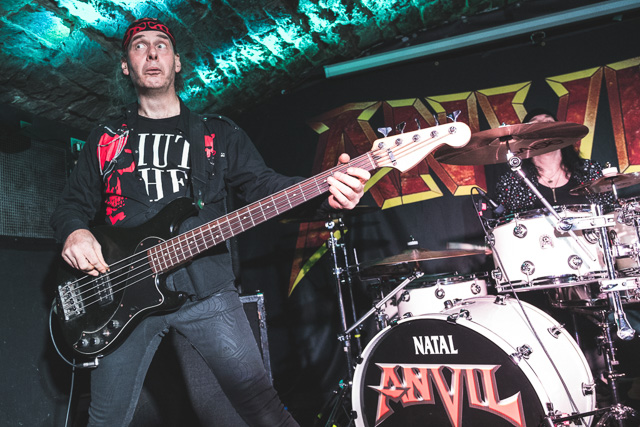 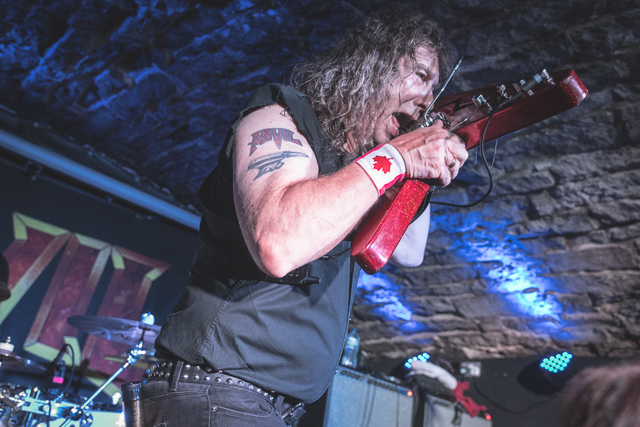