Having toured the UK and festivals last year, Papa Roach return to Europe a year after the album’s “Who Do You Trust?” release. With sold out shows in most cities the band is having a big moment. The tour includes new territories such as Greece; a country never previously included in the band’s touring.

When Papa Roach first released “Who Do You Trust?” they said in interviews that they didn’t know how the fans would take to the new material. But judging from the fans’ reaction when new songs such as ‘Renegade Music’ and ‘Who Do You Trust?’ are played it’s undeniable that the band’s latest material is just as popular as the older fan favourites. Perhaps the latest album has gained the band a new wave of followers as the floor seems to be split in new and old fans (following Jacoby’s question) during the gig in Thessaloniki. 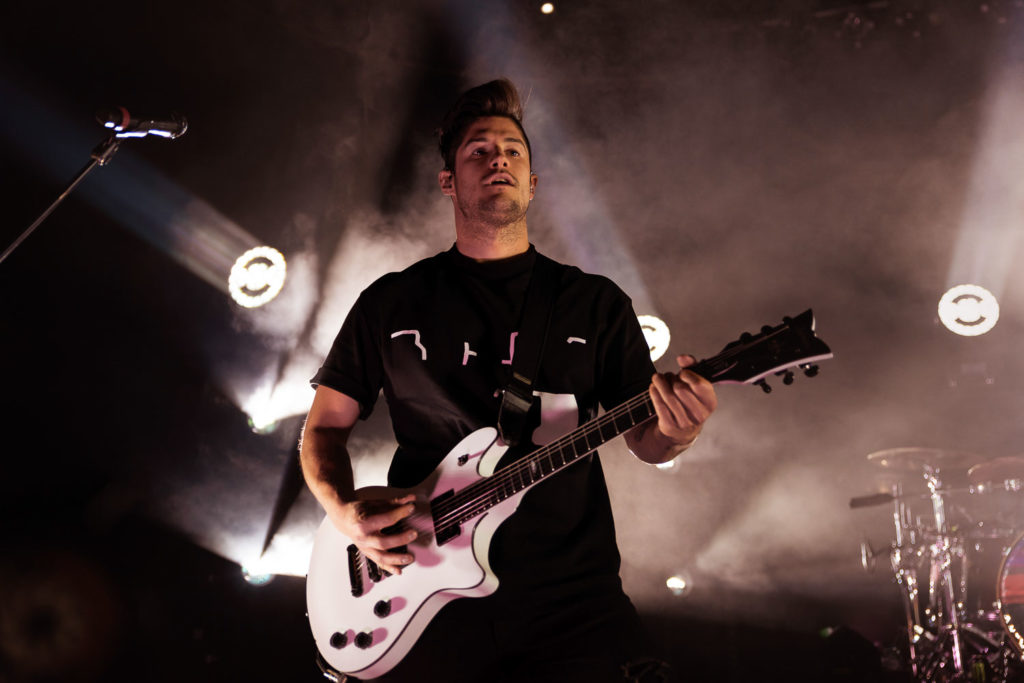 The set is an equal split from iconic “Infest” – celebrating its 20th anniversary release this April – and “Who Do You Trust?” with the rest being fan favourites across the band’s material.

I have seen Papa Roach a few times during the last year. And the only thing that is different each time is the size of venue and genre fans the band gets to be in front of. Because the contagious relentless energy, the execution and the pure love for what they do is always there whatever the occasion. 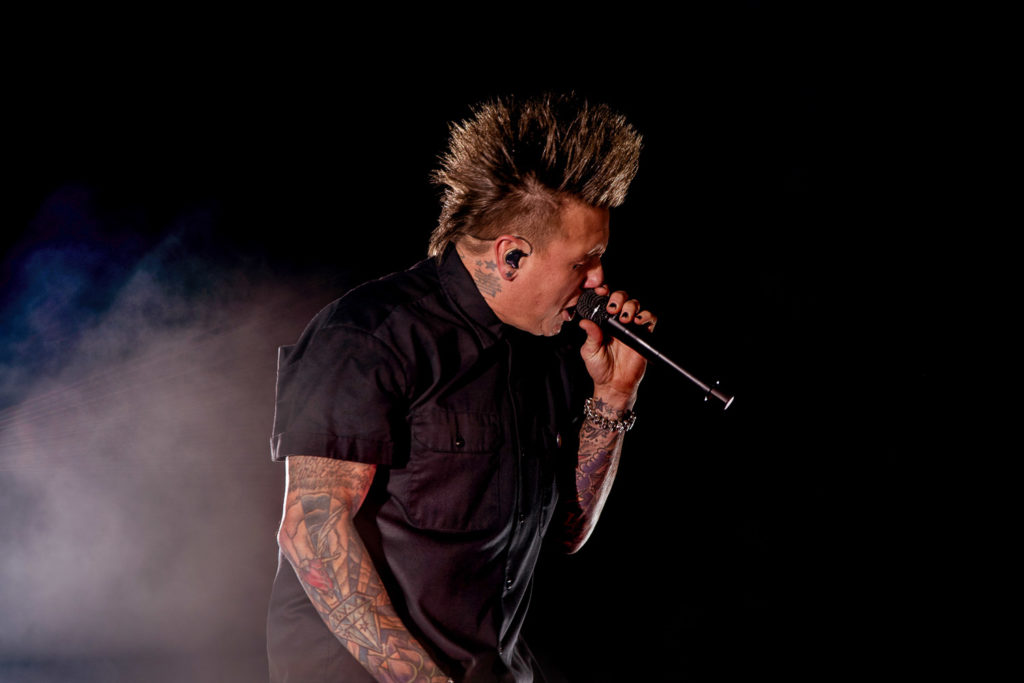 The band has shaken up last year’s set list on this tour and it is only until the encore that fans will hear old classic ‘Last Resort’ and new fan favourite ‘Who Do You Trust?’

‘I suffer well’, that follows, bonds perfectly with the set’s opener; a burst of punk rock explosive rage with aggressive riffs and vocals. You can hardly believe this is part of the new material, as the song channels so much from the band’s early days punk rock attitude. Although 19 years apart, this is the key element that glues all Papa Roach material and fans together; diversity and fresh, evolving elements but always with the core Papa Roach creative principles behind. 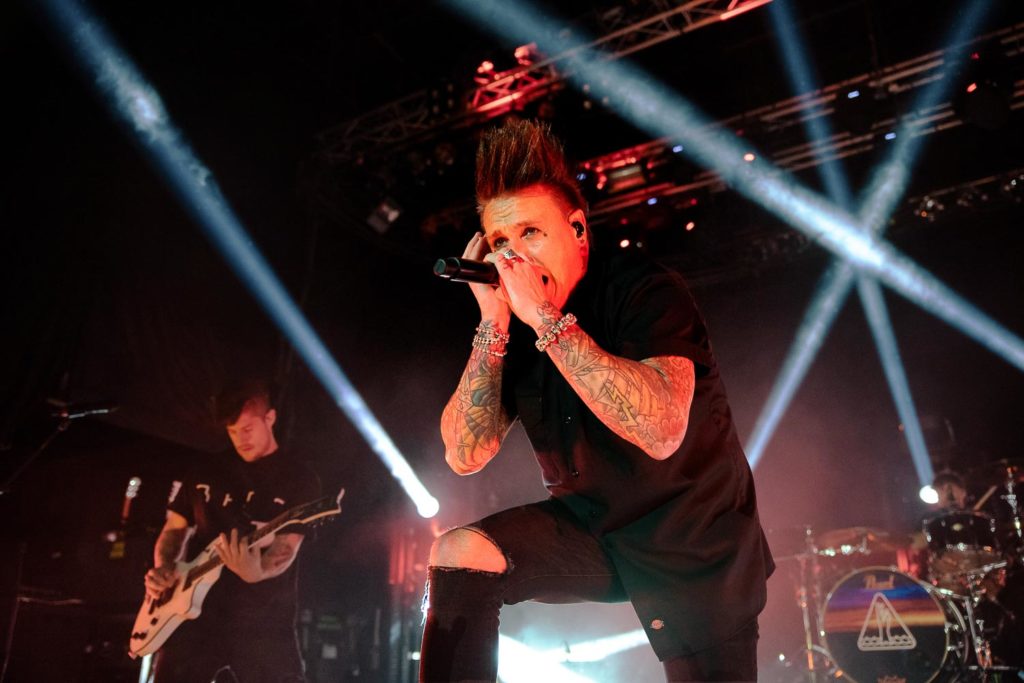 Having released themselves from genre stereotypes, the band has creatively widen its sound and style throughout the years brining in new influences with the release of each new album. An approach that paid off as 27 years from their creation, Papa Roach are still current and relevant.

From the crowd’s reaction ‘Renegade Music’ was highly anticipated leading to crowd surges in the pit under Tobin Esperance’s dark bass riff.

“It’s a good night to be alive. I can see the fuckin’ fire in your eyes” says Shaddix. 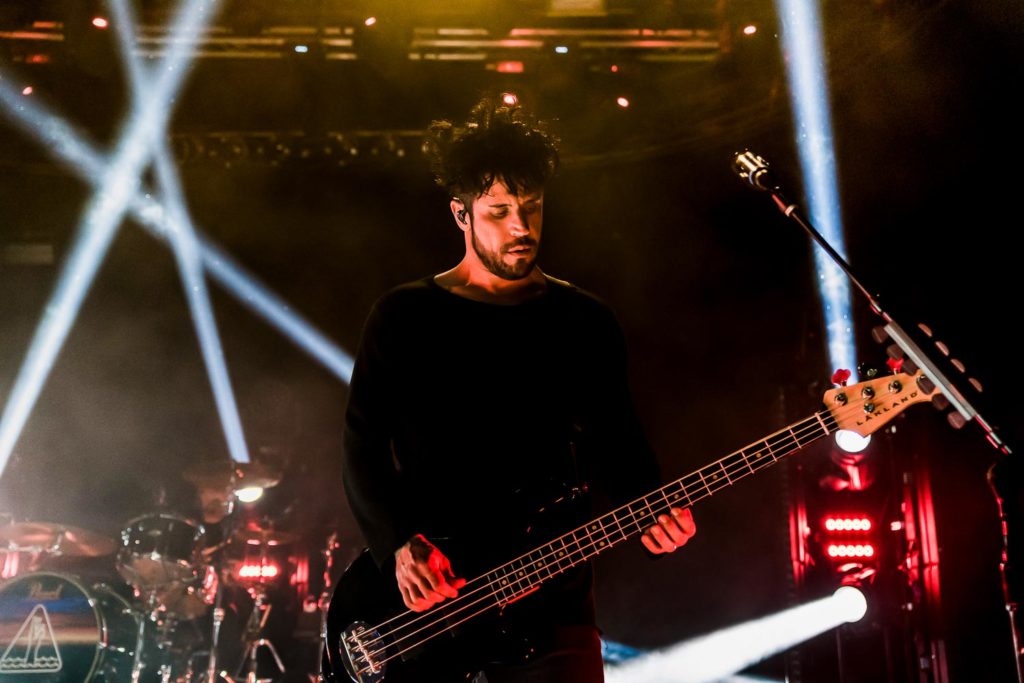 There were no acoustic versions in Thessaloniki’s set which meant no slowing down from beginning to end and ‘Scars’ was the only moment given for reflection. A dear song for fans saw Jacoby giving the singing lead to the audience multiple times.

You got to love Papa Roach for the positive attitude they always bring to their shows. There are no rock star – raising walls. They get on stage, give 100% and truly connect with their fans on a musical and emotional level. Shaddix has a genuine rapport with his fans and the band feeds off the crowd’s energy (and vice versa). 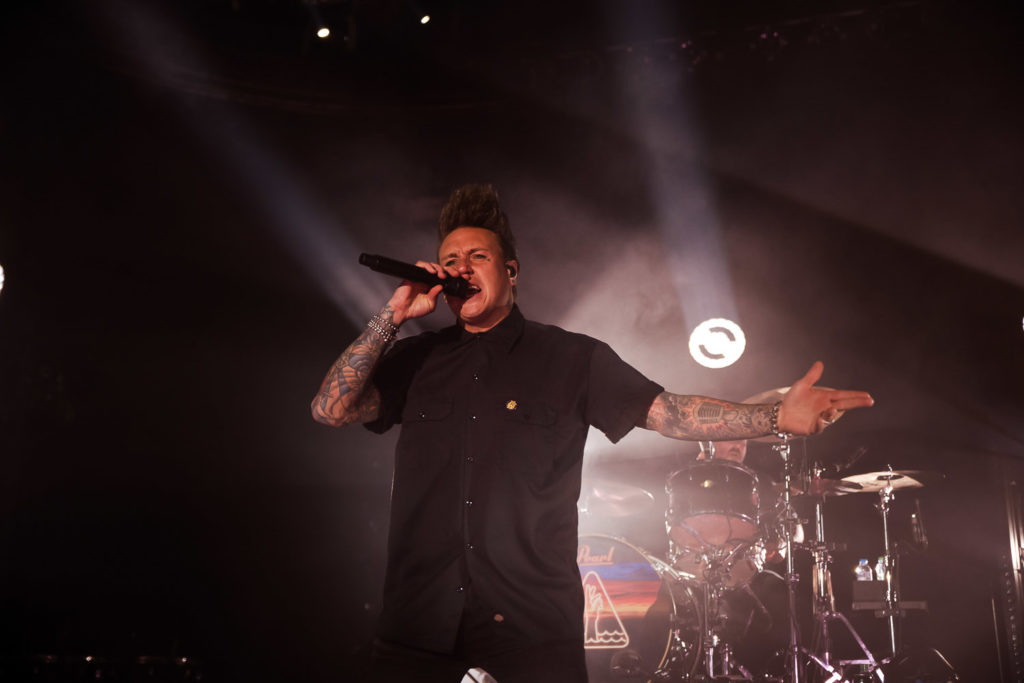 Slowing down didn’t last too long as Tony Palermo emerged behind his drums indulging us to a solo and slowly raising up the pulse again for ‘Help’ that followed.

But this is exactly what a Papa Roach’s show objective is; an energy and emotional release.

The Prodigy holds a dear place in the band’s heart as one of their key creative influences. ‘Firestarter’ has found a permanent fixture on the set list following the passing of front man Keith Flint. It was a magical moment for the fans; The Prodigy always had a special connection with the city.

‘…To Be Loved’ is one of those songs that just want to make you jump. Its Californian rock energy – albeit its darker lyrics – brightens up the room and gets fans through the roof.

Anthony Esperance, usually behind keys, has done a stellar job stepping in to fill for Jerry Horton – having to pull out last minute due to an injury – in lead guitar.

Following ‘Last Resort’ Shaddix held his hand on his heart really touched by the crowd’s reception “…We are the only mother fuckers on this planet sharing this fuckin’ moment together” he says “This is sacred. So thank you very much for being such a huge part of our lives. We appreciate it. Thank you for giving us purpose. And never forget Thessaloniki…You were Born For Greatness!” Jacoby shouts before closing the set.

Thessaloniki’s fans loved them and as Shaddix said they won’t have to wait that long for the band’s next visit.

There is already new material in the works as Tobin Esperance said in his interview with MetalTalk before the gig and the band is looking into bringing a bigger show to the audiences.  Taken how much fan favourite material the band has created over the years and their consistent stage chemistry and energy they bring each time; a Papa Roach show will never be a dull moment.

Previous article
METAL ON METAL IS THE ONLY WAY AS ANVIL SELL OUT IN EDINBURGH
Next article
STATUS QUO: FRANTIC FOUR REUNION SHOW