American producer Keith Olsen, reknowned for his work with Scorpions, Ozzy Osbourne, Whitesnake, amongst many others, and for launching the careers of Fleetwood Mac’s Lindsey Buckingham and Stevie Nicks, has passed away.

“We just learned about the passing of our dear friend and producer Keith Olsen. Keith produced many iconic albums, including our album ‘Crazy World’. Keith was a wonderful guy, and the making of ‘Crazy World’ was such an inspiring journey, containing outstanding songs like ‘Wind Of Change’ and ‘Send Me An Angel’, which had the Keith Olsen touch, on every single note. Our hearts and prayers go out to his family. RIP, Keith. You live on in the music.”

Olsen was born in Sioux Falls, South Dakota and went to school in Minneapolis, where he gained production experience working in recording studios in the area, and musical and touring experience playing upright bass in jazz and folk bands. He was the bass player in Music Machine, who had a hit with the single ‘Talk Talk’.

After moving to Los Angeles, he helped Lindsey Buckingham and Stevie Nicks secure a record deal, produced their first album, ‘Buckingham Nicks’, and let them live in his house, employing Nicks as a housekeeper for a while. After introducing them to Mick Fleetwood, he went on to produce Fleetwood Mac’s eponymous 1975 album, which reached number one in the US.

In 1996, Olsen stepped back from artist production to concentrate on developing surround sound music mixes for the Kore Group record label. As corporate director of global product development at Mackie Designs, he assembled a team of experts to develop their digital products line.

More recently, Olsen produced several albums per year for Pogologo Productions Group and was a member of the National Academy of Recording Arts and Sciences (NARAS) Producers and Engineers Wing, the mission of which he strongly believes is necessary in this era of digital revolution. He also served on the A&N Committee, the P&E Steering Committee and the P&E Advisory Council.

The cause of death has not yet been revealed. 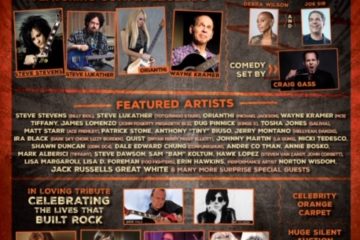