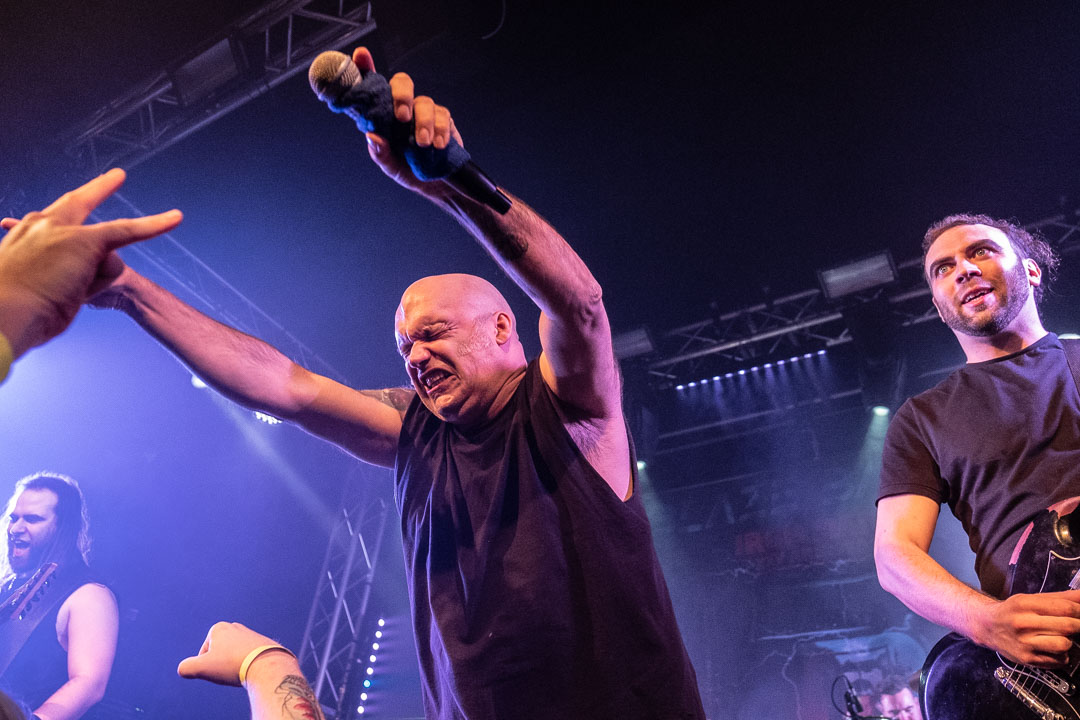 Now in it’s fourth year, Burr Fest returned to The Dome in Tufnell Park for a packed night celebrating the best of NWOBHM and all for a great charity cause. The event was sold out, with old-school metalheads having come far and wide to enjoy what often feels like an extended family reunion. 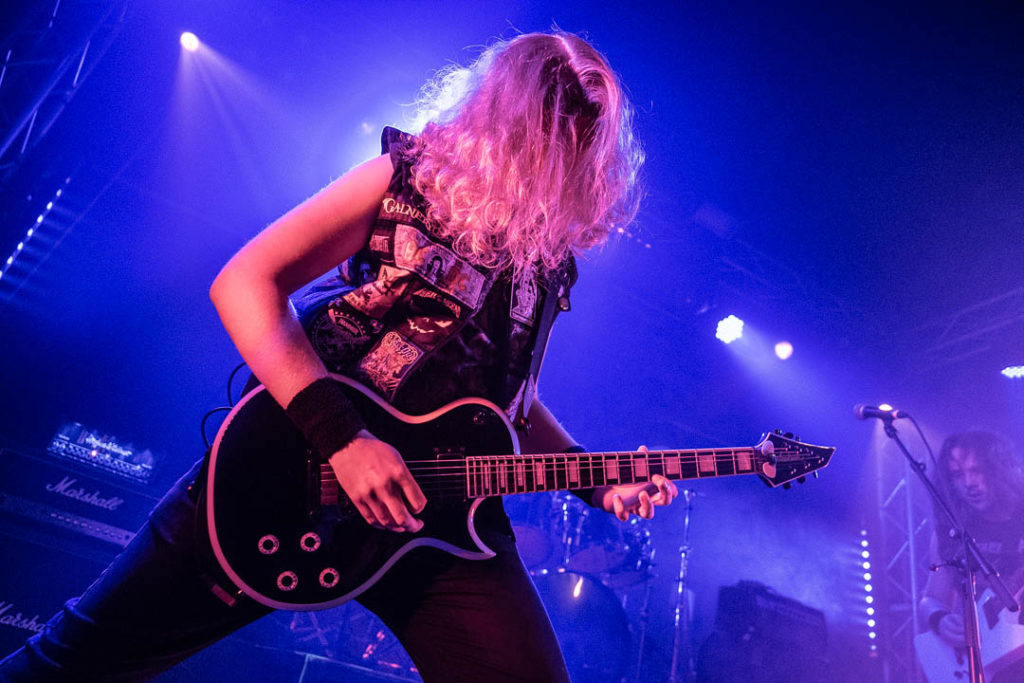 Colchester based Kaine got proceedings off to a rousing start with a thumping half hour set of steel-studded compositions which you just couldn’t not be impressed with. ‘Reforge The Steel’ is Kaine’s motto and although the heavy Metallica influence is plain for all to see, they cut it as their own entity with blisteringly passionate songs that they perform with a gusto.

The standout was set-closer ‘Rebirth’, all about their particularly painful split and reformation a couple of years ago and here’s a number that could well serve as a springboard for great things to come. Definitely one to watch. 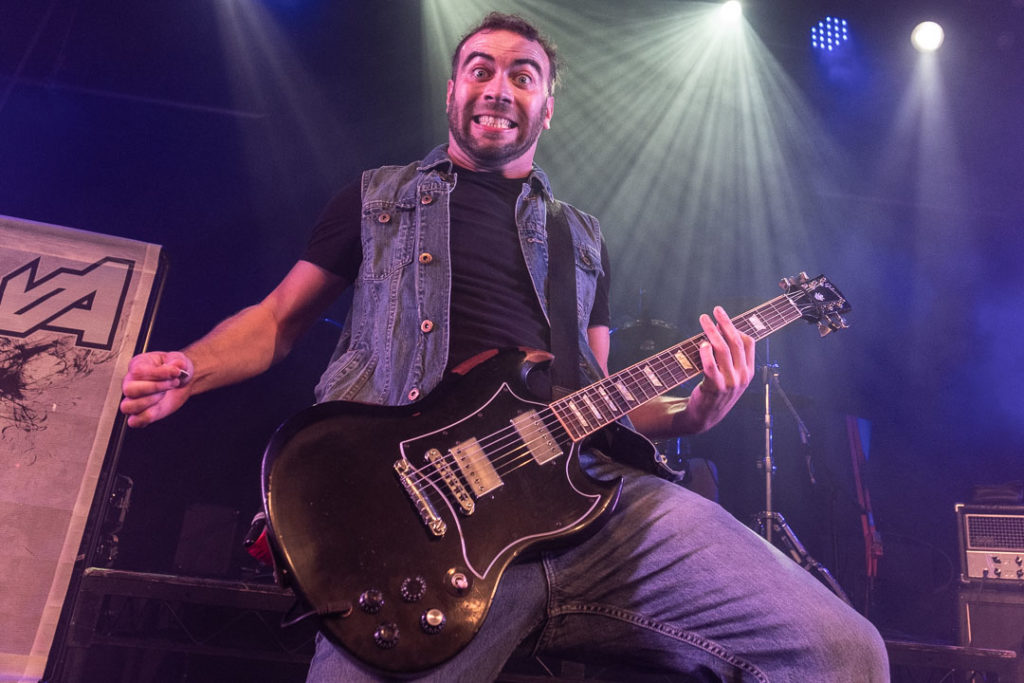 Manchester’s finest, Absolva, demonstrated all the class, stagecraft and flair you would expect from a band five albums in and with a ton of experience playing huge stages all over the world with their ‘other’ bands, Iced Earth and tonight’s headliner, Blaze Bayley. 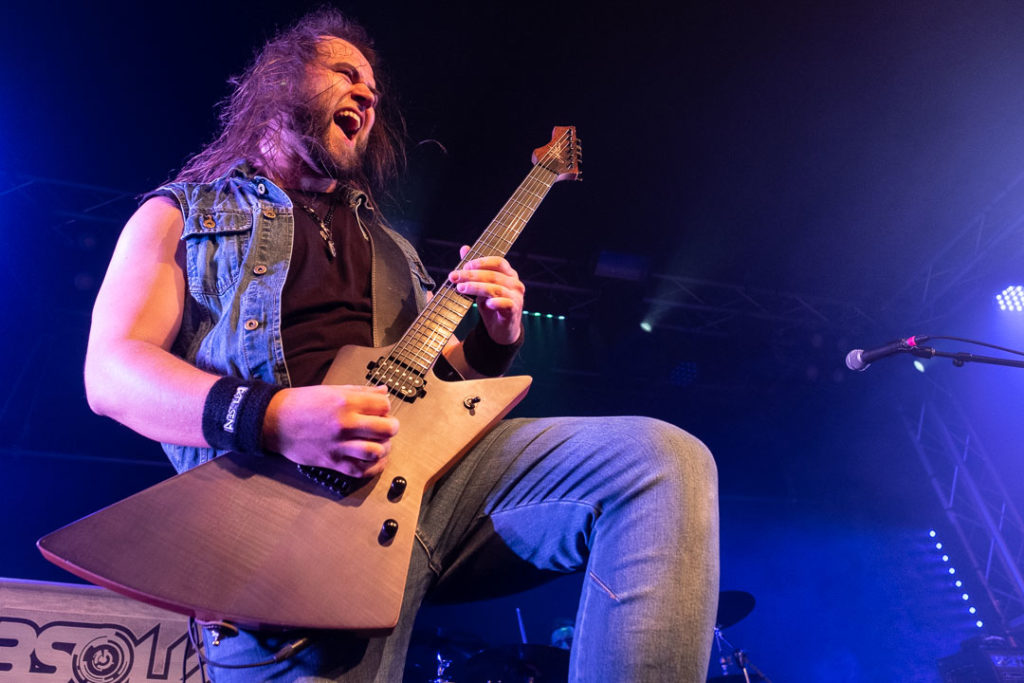 Thirty minutes was far too short for one of Britain’s hottest bands, who delivered a setlist crammed with blistering numbers spanning the whole of their eight year existence, including ‘Never A Good Day To Die’, ‘Defiance’ and ‘Code Red’. Absolva put on a display that would leave their peers trailing in their wake. 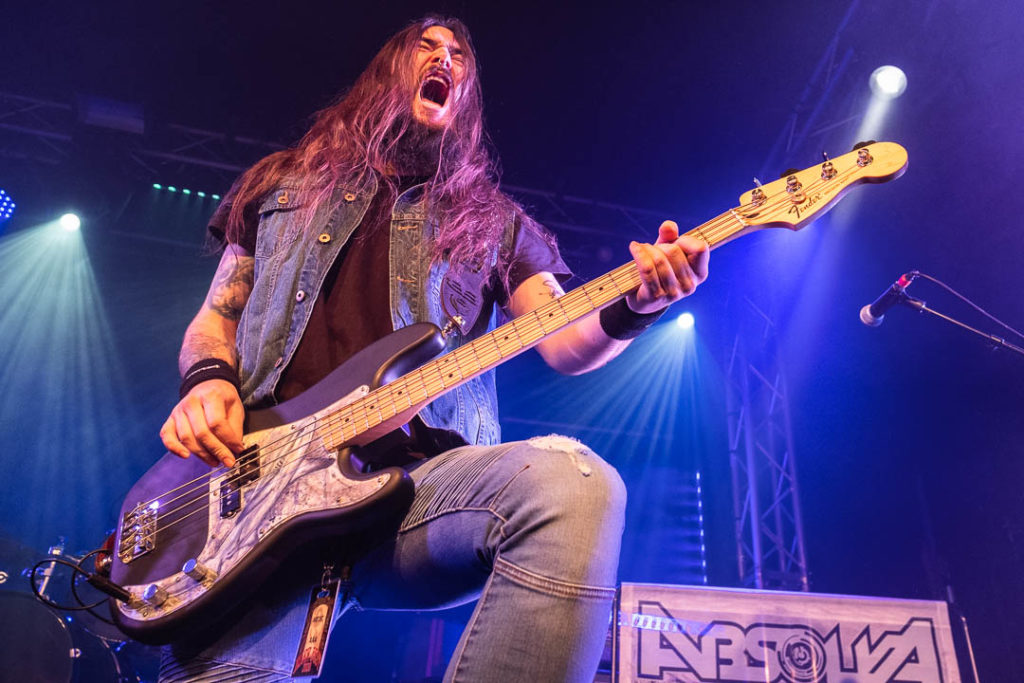 Precision and bombast were the order of the day here as Absolva were simply outstanding with ‘No Tomorrow’ stealing the show, it’s blistering guitar solo courtesy of mainman Chris Appleton resonating long after the band had left the stage to prepare for their second show of the day, as Blaze’s backing band. Very, very impressive. 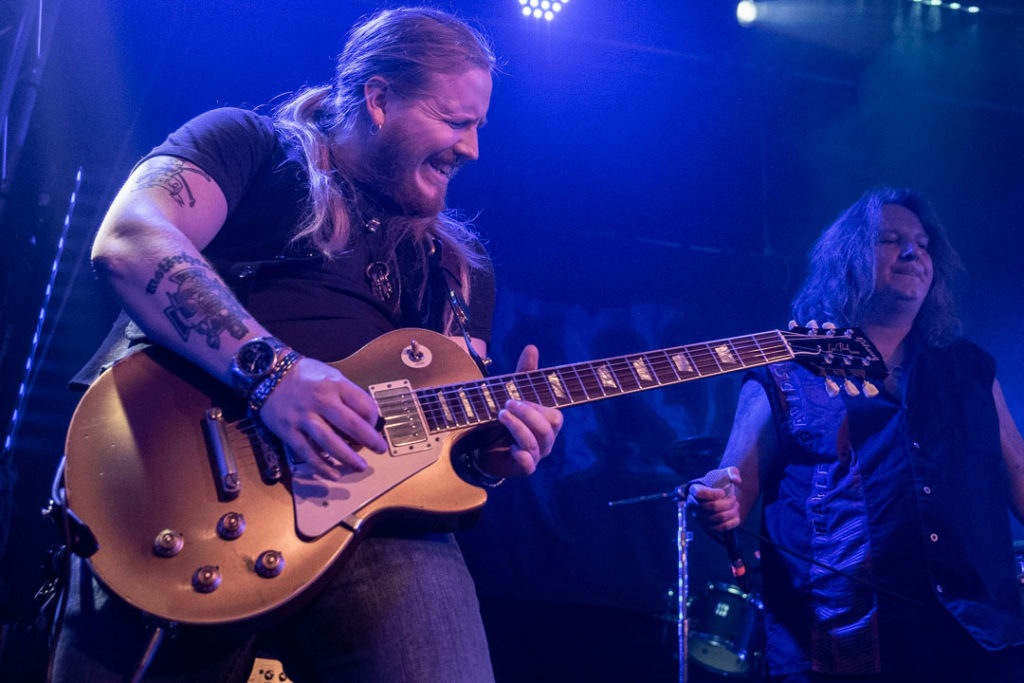 NWOBHM stalwarts Tytan were up next. Playing a rousing set of hard driving songs, the band were on fine form. Guitarist Dave Strange is a monster on lead, tearing off searing solo after solo on his goldtop. Bassist Kev Riddles took a moment to pay a touching tribute to Clive Burr, saying that “having worked with him many times, he was one of the nicest guys I’ve ever known and I miss him dearly”. 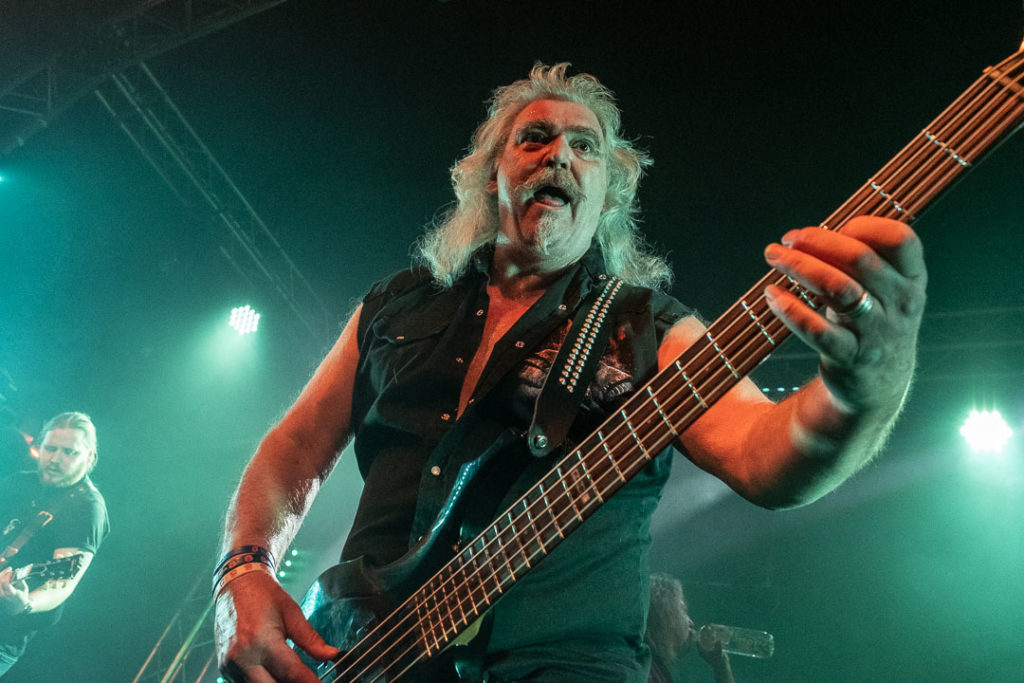 The Dome was almost full as Airforce stormed the stage for a belting set that sounds like ‘Killers’ era Iron Maiden crossed with a touch of Queensrÿche.

They have found a real asset in young frontman Flavio Lino, who managed to command the crowd to sing along and get the lighters in the air. After nearly an hour the band left to warm applause. 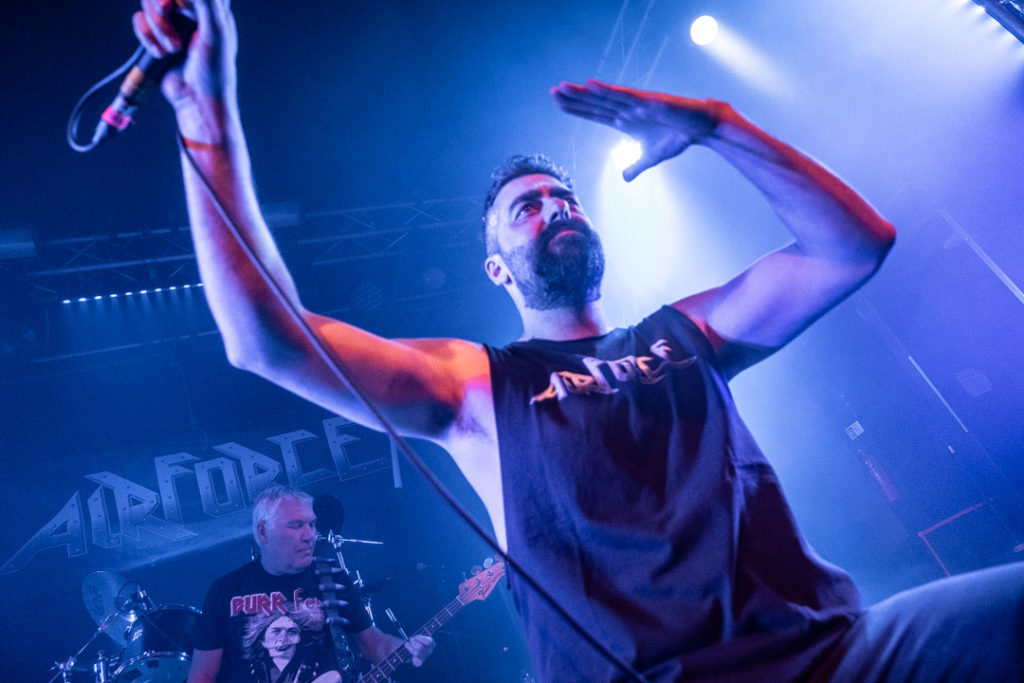 Next up are Elixir, their ‘classic’ line-up specially reformed for this occasion. With their twin guitars and a galloping bass line, their songs certainly don’t lack for fist in the air energy. Despite too many unfamiliar songs in their set, the atmosphere they create is memorable and a throwback to the glory days of the NWOBHM.

Elixir worked hard enough to satisfy the die-hards in the attendance and they leave a happy crowd behind. 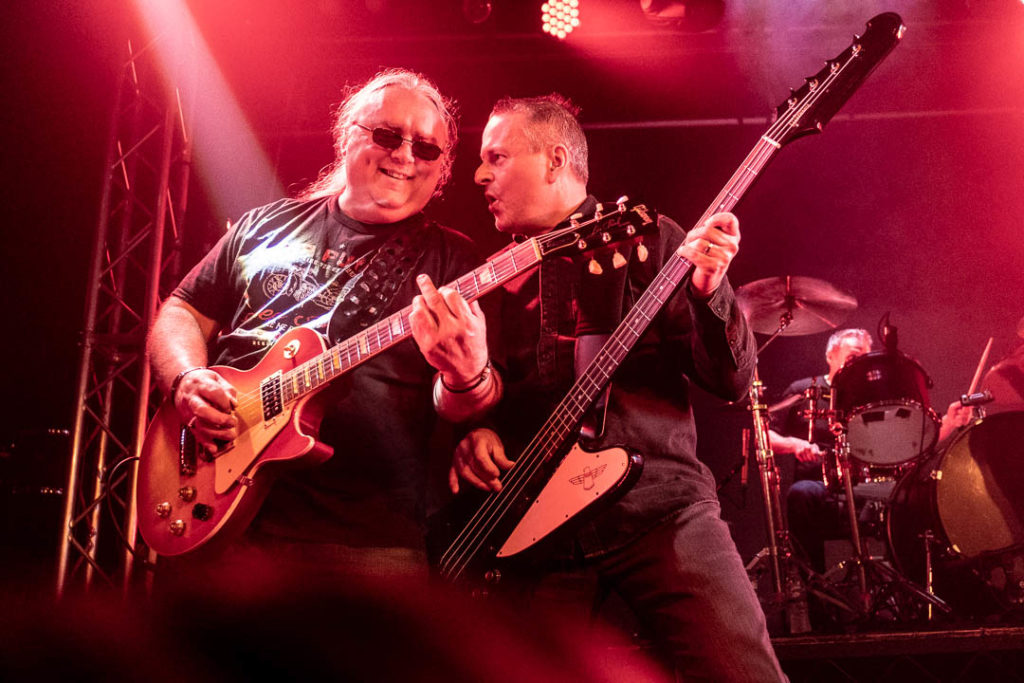 As the lights went down for the last time there was barely any room to move in the crowd as Blaze Bayley took the stage and tonight it’s all about his tenure in Britain’s greatest Metal band. 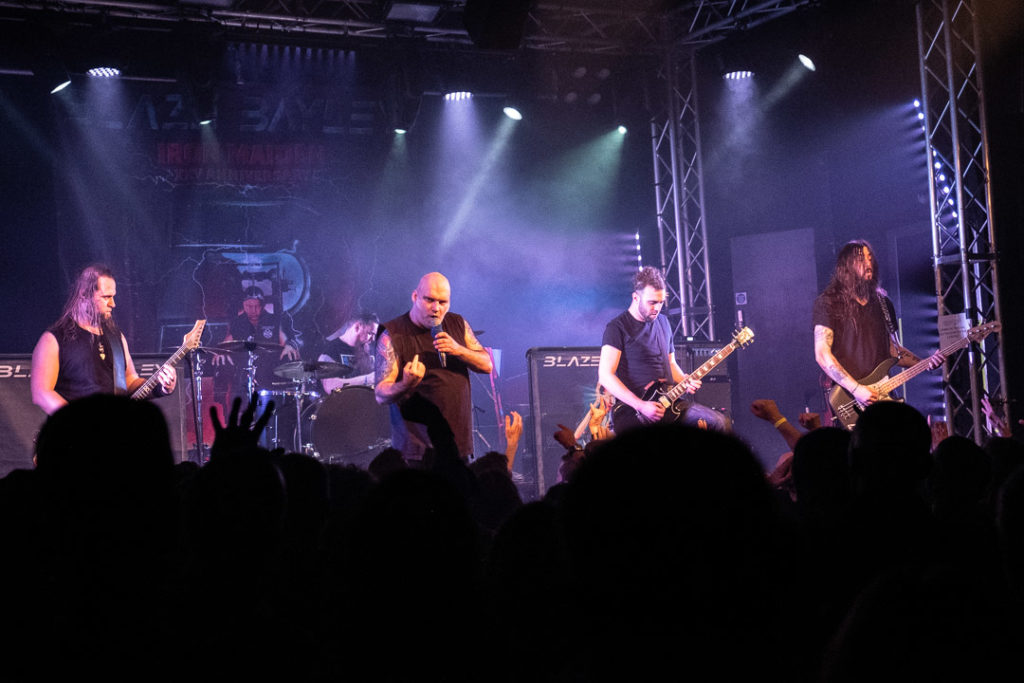 Opening with ‘Lord Of The Flies’ from 1995’s X Factor album, Blaze was in fighting form, challenging the fans to give everything they have. It was followed by the epic ‘Sign Of The Cross’ which sent the crowd into the first of many ecstatic moments, singing along and going wild in the front pit. 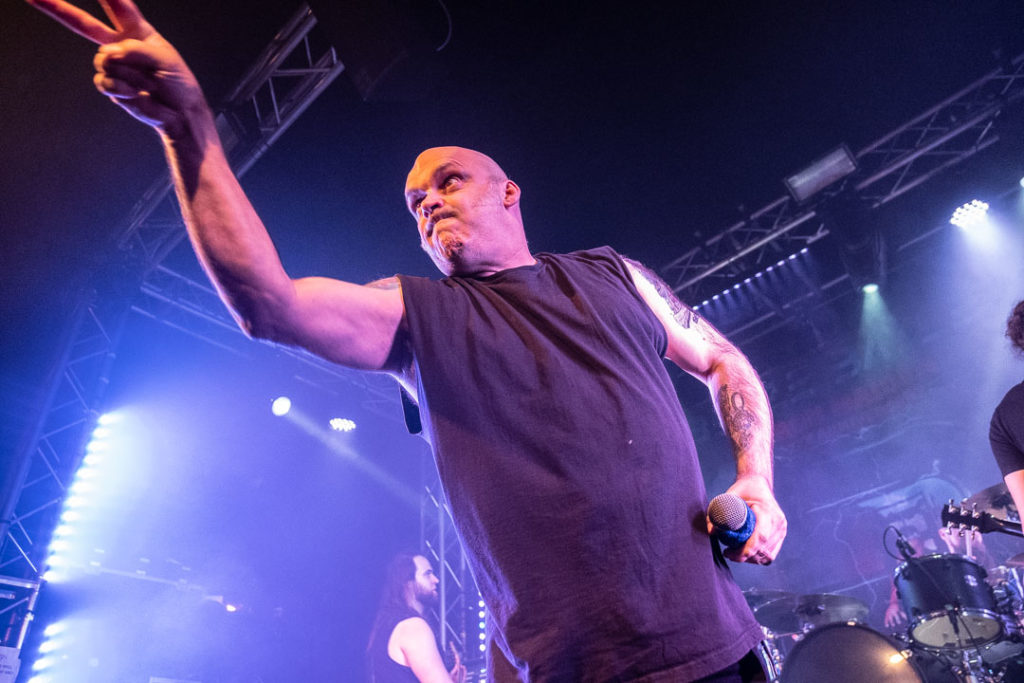 “I’m so happy to be here and to have been asked to take part in this wonderful event” announces Blaze. While ‘The X Factor’ and its successor ‘Virtual XI’ were often unfairly dismissed when they were released, it was eye opening to see how much of that material has stood the test of time.

More upbeat, galloping songs like ‘The Angel and The Gambler’ are rousing crowd pleasers. At the same time, the more grandiose moments like ‘The Clansman’ still pack a heavy punch. 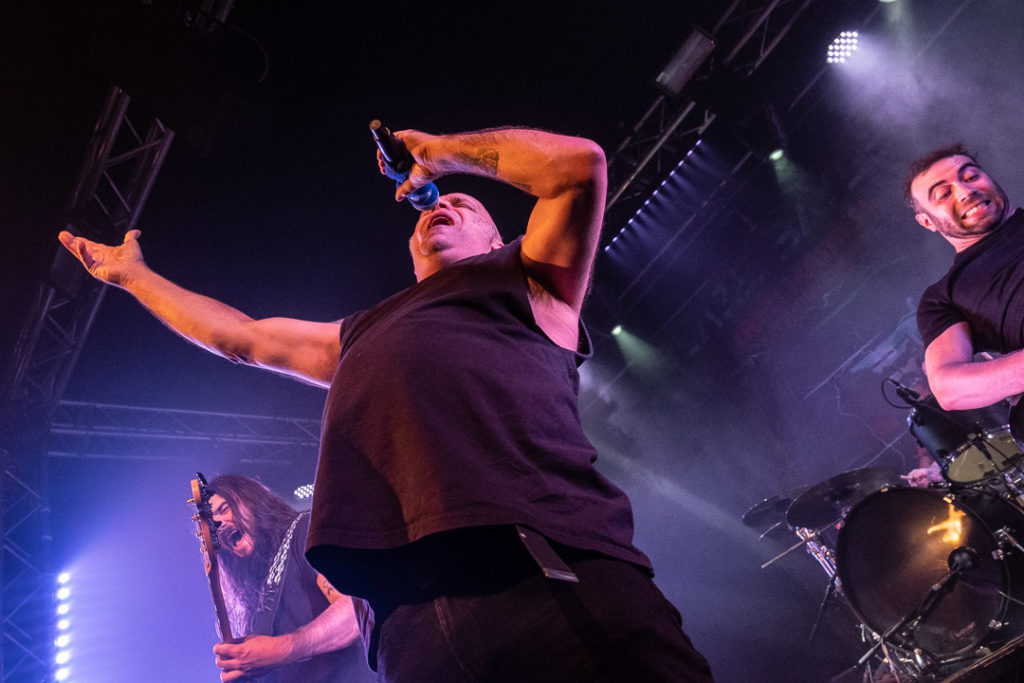 Ever the humble frontman, Blaze thanked the fans again for coming out to show their support, saying that “the people that will get us somewhere will be all of you!”. A thunderous ‘Man On The Edge’ gets the tired, beer soaked crowd moving before a superb dash through ‘Futureal’.

Ending their set with the UFO classic ‘Doctor Doctor’ it was a very fitting finale to a great event and a sorely missed light of British Heavy Metal, Mr Clive Burr. Burr Fest has proved to be just as enduring as the music and legacy that it celebrates.

With Burr Fest Paris on this years calendar too, this celebration of Clives memory goes from strength to strength. 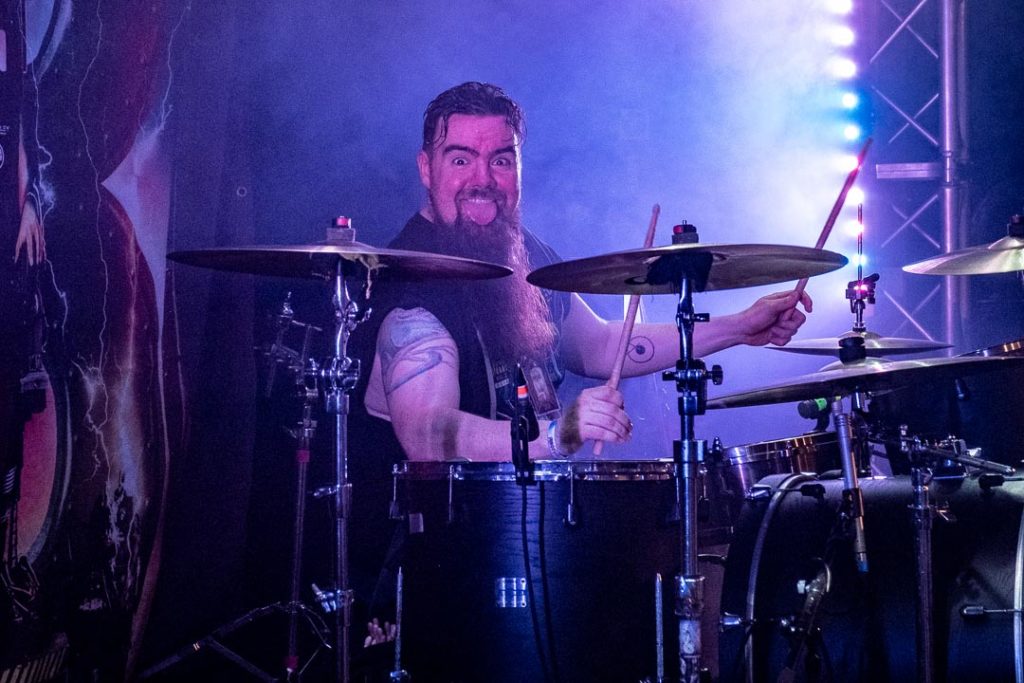 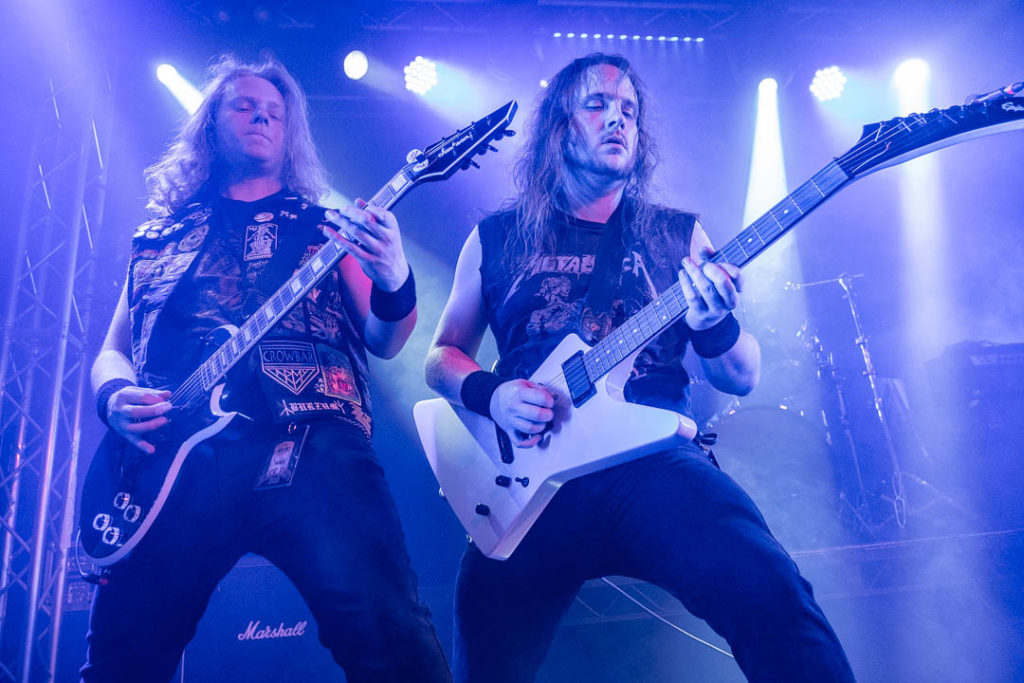 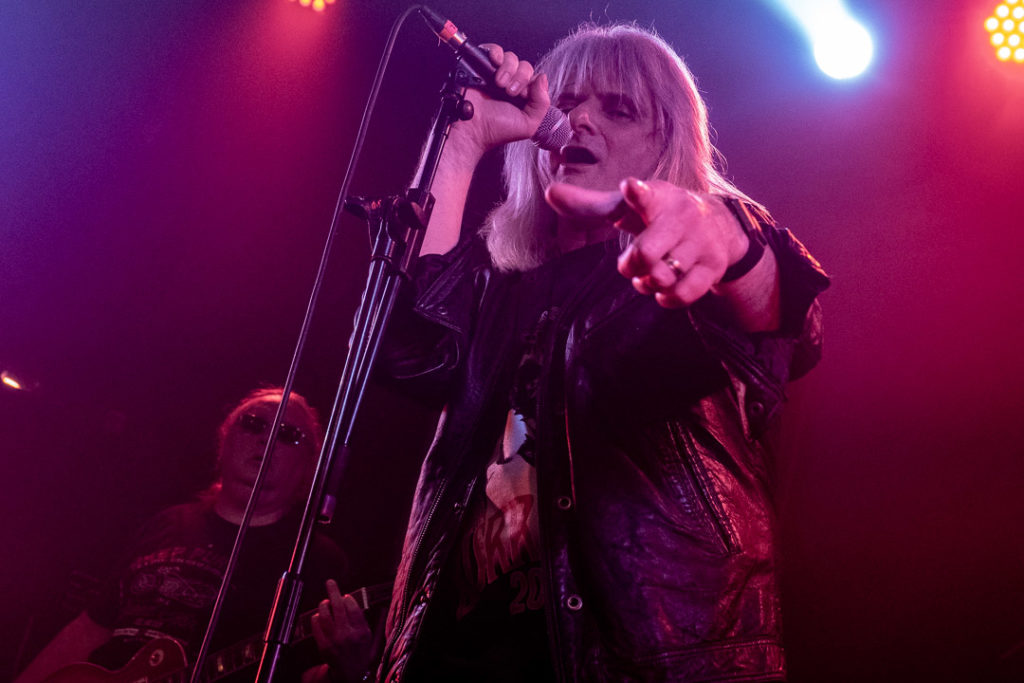