Legendary California Metal quartet Y&T once declared, on the opening track of their 1984 ‘In Rock We Trust’ album, that “Rock and Roll’s Gonna Save the World”. Here we are, some thirty-seven years later and no-one understands this sentiment more than Foo Fighters frontman Dave Grohl.

Whilst most of the globe has been relying more and more on the arts for amusement, those involved in music seem to have made superhuman efforts to keep us all entertained. Having been forced to delay a world tour that would have celebrated the twenty-fifth anniversary of the Foos, this, their tenth album, was also put on ice until the time was right.

That time is now.

When Grohl sings “I’ve been waiting, elevating, hanging on the line” as the opening words of the album, you know he means every word, the relief of the tension palpable for both band and the countless thousands across the globe waiting for this to drop.

True to this feeling, ‘Making A Fire’ sounds absolutely upbeat and joyous, the drums, guitar and female backing vocals swelling wonderfully as the band stretch out and get stuck into the deep groove of the intelligent and adult pop rock gem. Everyone is utterly on point, tight but nicely loose and seemingly having a great time.

The backing vocals give a slightly gospel-tinged feeling and the many layers are built up giving the whole a brilliant lustre, the natural progression from the previous ‘Concrete And Gold’ album tour that accompanied it.

The band bring their groove on again in ‘Cloudspotter’, switching equally between the opening crawl of a pimped-up Cadillac soul wagon and then into the frenetic and raw chorus that throws back to their punkier earlier edges.

The acoustic driven ‘Waiting On A War’ has already proven itself to be a future classic, laid back and dripping with atmosphere and class it swirls and dances before building into a heavy and dynamic climax. As Dave Grohl told MetalTalk here, “This song was written for my daughter, Harper, who deserves a future, just as every child does.”

Yet another switch comes with the early 1980’s David Bowie influenced title track. It would be naïve to believe that it just should not work as that would be a huge underestimation of the obvious passion the band have for music as fans, not just as musicians.

You get the feeling that the evolution of ‘Medicine At Midnight’ has been born more from the ever-growing confidence they have from the knowledge that they can pack out stadiums and their wanting to truly push themselves whilst having the ability to just kick back too when they want.

Given their global profile, this commercial power they can wield has given them the freedom to produce the records they want and that’s all the better for everyone.

‘No Son Of Mine’ is a storm of funhouse Rock ‘n’ Roll, the most straight-ahead rocker on the album, Taylor Hawkin’s drums drive it along like a runaway train.

The Foo Fighter’s intent to make ‘’a party album’’ is also illustrated perfectly in the form of the stuttering garage Rock bejeweled with melody that is ‘Holding Poison’. A fantastically off kilter treat, this once more shows the ability of the band members bringing their own little touches to a track that would have been a heavy-handed rush in the hands of lesser talent.

Things calm down considerably with the lovely and laid back, sunshine vibes of the dreamy ‘Chasing Birds’ that could have been written by The Beatles and The Eagles if the two had jammed together after getting very mellow.

The pace picks up again for album closer ‘Love Dies Young’, the opening riff lifted directly from Queen’s ‘Keep Yourself Alive’ before the song springs into a hybrid between Big Country and Cheap Trick.

A melting pot of influences

Despite this melting pot of influences, there is a uniformity of quality and Foo Fighters style that runs through the tracks just like a name through a stick of rock at the seaside. It all absolutely makes sense.

Was it worth the wait and delicious buildup of anticipation?

‘Medicine At Midnight’ stands as one of the very best of the band’s releases and is an instant classic whose reputation will continue to grow and grow over the years.

We may have to hold on a while longer before we all come together in our tens of thousands, voices raised as one, the jubilation, dancing and atmosphere that only such events can engender, but with this release, the Foo Fighters can unite us with music as only they can. 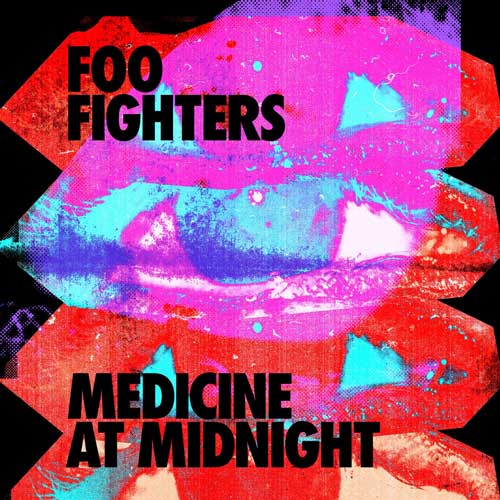 Foo Fighters / Performing Live from the Roxy this weekend 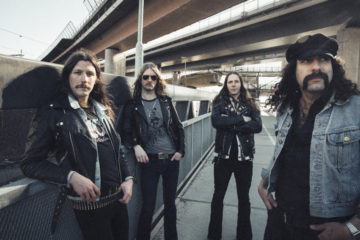