Spanish Thrashers Angelus Apatrida formed almost twenty years ago and since then they have earned and maintained a well-deserved reputation as modern Thrash Metal greats. This has been achieved by a consistent line-up, hard work and an utterly killer back catalogue from which to deliver some equally killer live sets.

The first time I had the privilege to catch them live was back in 2012 and that initial impact has stayed with me. They are a force to be reckoned with.

Fast forward to 2021 and they return with their seventh full length, the self-titled, ‘Angelus Apatrida’ (/ˈan-je-lus – a-ˈpa-tri-da/) a ten track, forty-six-minute obliterator, which includes all three pre-released singles.

The global acclaim they received for 2018’s ‘Cabaret de la Guillotine’ has not caused them to rest on their laurels with this latest offering.

Quite the contrary as frontman/guitarist Guillermo told MetalTalk: “Angelus Apatrida are always looking for new ways to wreck necks and flatten skulls. It has been a natural evolution.

“We just try to improve ourselves, learning from each other and learning from other bands, bigger bands and smaller bands too. We try to learn from everybody. But the way we compose, the way we record, the way we do everything has stayed the same.

“There is only one goal, which is to always try to find the best sounds we can and to always make the next album better than the previous one. So far, I think we have done that, in my own humble opinion!” 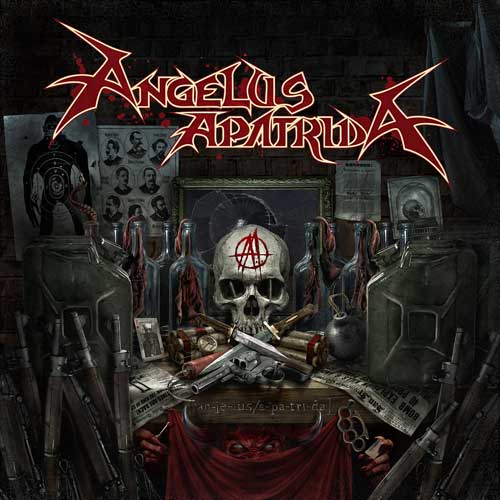 Lockdown has proven to be a creative asset. Plans to celebrate their twentieth anniversary may have been shot down in flames, so instead Angelus Apatrida spent their days piecing together this studio album, originally planned as an EP, but the wildly creative sessions in isolation have worked to their and our advantage.

Guillermo told us: “This album is going to be surprising for everybody, both old school fans and new school fans. I think it will be an opportunity to gain a lot of new fans!

“The first thing that everyone will notice is that we changed our tuning, for the first time in twenty years! We dropped down a half-step. We are now in D-standard and suddenly… wow! It was like listening to Vulgar Display Of Power for the first time! Ha ha ha!

“We composed a lot of new riffs and everything sounded really different in that tuning. I think there is a power inside the music that we never had before.”

This power comes with some of Guillermo’s most furious lyrics to date that delve deep into the frontman’s own feelings, while holding up a mirror to the chaos around him and the frustrations and horrors of the world’s last twelve months.

The band say “that they go back to the roots with ‘The Age Of Disinformation’, a fresh and catchy old-school Thrash Metal song.

“Musically it will bring you back to the golden age of the genre, technically a galloping piece of gold with crazy solos, riffs and drumming and those classic frenetic high-pitch insane vocals!

“Lyrically, well, the story tells itself, we are living in times where we have more information; it is in our own pockets, in our smartphones, on the internet… and ironically is the age where we are more misinformed, we are slaves to the fake news, the more information we have the less we verify or contrast.

“No doubt we are in front of one future classic AA song, a neck-breaking on every show, enjoy it!”

No exaggeration how good this release is

Trust me, Angelus Apatrida do not exaggerate how good this release is. Favourite tracks, I am not going there. This is such a blisteringly good, high intensity offering that I am just concentrating on catching my breath and riding that Thrash tsunami.

The opener ‘Indoctrinate’ is the single released at the beginning of January. This starts off full throttle and the first half ability to take a sharp direction switch is only surpassed by the searing swathes of leadwork that pop up with reckless abandon. This takes a dark punchy downturn in the second half. ‘Bleed The Crown’, the first single to be released from this album last November, melds a dirty groove with galloping drive, superbly convoluted riffing and searing midpoint leadwork.

‘The Age Of Disinformation’, the most recent single, has a lovely melodic fade-in before breaking into a full throttle Thrash fest with riffs and vocals which weave together with superb fluidity and the lyrical content is delivered with sharpness and packs a punch not just here, but across the album. The second half shred-fest completes this punchy yet melodic beauty of a track.

Next, ‘Rise Or Fall’ and at this point I have to drop in just how good the drum work is both here and across the whole album. But it really caught my ear on this track, loose and fluid but powerful and fast paced with some superb drum patterns sitting particularly well with the second half leadwork.

I did not think this album could get any faster, but by the time ‘Childhood’s End’ arrives it certainly does. But when it drops momentarily in pace, it takes a dark downturn and the groovy rhythms that weave through are gorgeous.

‘Disposable Liberty’ is even groovier. The pace pares back slightly to accommodate this, with the punch coming from the vocals and drum work, with lead bursts that are sharp and searing in contrast.

Things ramp up again for ‘We Stand Alone’ which has a Classic Thrash feel, along with slick switching. It is addictively catchy, as well as boasting wonderfully overkill leadwork.

‘Through The Glass’ has a meld of slower sleazy dark groove mixed with galloping drive and leadwork that spirals out of the second half majestically. ‘Empire Of Shame’ is yet another flavour of thrash and groove, but it is as addictively tasty as its predecessors.

All the way to the closer, ‘Into The Well’,  if you have survived until now with your head still attached to your neck and shoulders, congratulations!!

All you have to do is survive this final wave of riffing and drum battery, which at times comes at you like a machine gun.

Angelus Apatrida was produced by the band, recorded with Juanan López in September/October at Baboon Records, in Albacete, Spain.

Once again it comes with artwork by Gyula Havancsák (Annihilator, Destruction, Stratovarius) and is available as limited CD Jewelcase in O-Card or as 180g vinyl LP with the album on CD as bonus, on either black vinyl or in limited edition coloured runs.

The can be ordered from angelusapatrida.lnk.to/AngelusApatridaPR 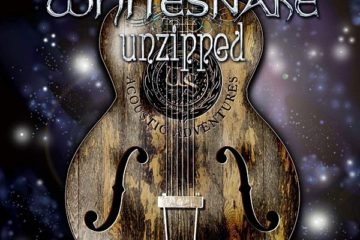