Galvez has released his first self-titled studio full length, handling vocals, lyrics, composition and all guitar work with Dylan Gowan covering drum work. It is an offering of nine tracks that spans a girthsome fifty-six minutes of melodic but powerful and well varied Blackened Death Metal.

The lyrics explored on this album are quite personal and deal with Ric Galvez’s thoughts and feelings regarding his life experiences, an outlet for self-expression, while also exploring topics such as spirituality and psychology with an underlying theme of personal empowerment.

Ric shared his thoughts regarding several of the tracks, firstly ‘Malicious Divinity’ where he told MetalTalk: “Despite its speed and intensity, there is still quite a bit of variety to be found within the song which ranges from technical riffing to straight-up Black Metal tremolo picking, tribal drum grooves to intense blast beats and guitar solos that ranged from being extremely melodic to blistering fast shred. This song is guaranteed to pack the strongest of punches.”

Ric told us that ‘Triumphant Return’ is “by far the most uplifting song on the album. As the song title implies, I was aiming to create a very triumphant feeling from the music with this song.

“The lyrics of the song further amplify the feeling of triumph that is inherent to this song, dealing with the theme of overcoming all obstacles that you face in life and bouncing back stronger than ever.”

End to end, this release is a good listen.

Ric’s acerbic blackened vocal delivery is more than adequate, a Dissection ‘Storm Of The Light’s Bane’ era influence is unmistakably noticeable in the guitar work, reflected in the riff styles and melded with an acoustic element, but you will get no complaints from me for that.

As much as Ric wants to be seen as a good all-rounder, which he is, foremost he is a stunning guitarist, which immediately impacts on the guitar led instrumental opener ‘Somnium Lucidus’. This instantly grabs your attention, moving from gentle acoustic work to majestic riffing and it is this style and format that dominates the album all the way to the final track, the nine minute monster ‘The Transcendence Of Isolation’. 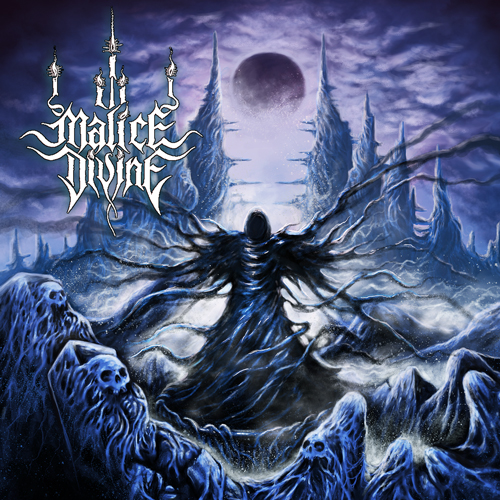 Throughout, it is sufficiently complex and convoluted to keep your attention with no shortage of impressive leadwork bursts.

There are several standout tracks for me, the insanely driving but majestic ‘Quantum Manifestation’, the dark and intense ‘Malicious Divinity’, the darkly melodic ‘Triumphant Return’ and the dark driving ‘In Time’ with its soaring leads.

‘Malice Divine’ should appeal to fans of Dissection, Immortal and Wintersun. With stunning cover artwork that reflects the colour and mood of that previously mentioned album, Dissection’s Storm of the Light’s Bane, hinting as to what to expect from the contents.

‘Malice Divine’ was recorded at Monolithic Productions in Oshawa, Ontario by Tyler Williams beginning in January 2020 then re-amped and mixed by Tyler Williams and Mastered by Lasse Lammert of LSD-Studio in Germany.

This is yet another inspiring example of time during the COVID-19 pandemic being put to good use by a skilled and dedicated Metal musician.

I think this is just a testing the water release, with bigger and better future offerings to come from Ric.

‘Malice Divine’ is available to buy digitally from malicedivine.bandcamp.com/releases and can be streamed from here. 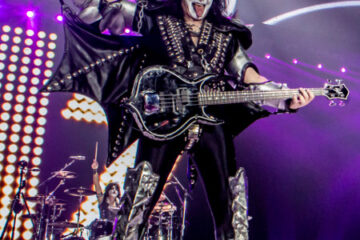