Joseph Williams , who is set to appear on MetalTalk TV this week, will release his next solo album ‘Denizen Tenant’ on 26 February, via The Players Club / Mascot Label Group and you can watch the tracks ‘Liberty Man’ and ‘Never Saw You Coming’ below.

Williams told MetalTalk: “‘Liberty Man’, my latest tune with David Paich, is also a reunion with my Toto bro’s Simon Phillips and Leland Sklar. Also featured are the incredible Mike Landau and of course my partner Steve Lukather!

“The song is simple. I love open spaces and cherish the freedom to come and go where I will. It is a swashbuckler in six eight with a clear Toto vibe!”

As well as David Paich and Steve Lukather, Simon Phillips, Leland Sklar, Lenny Castro and Nathan East, all of whom enjoyed tenures in Toto, have contributed to Joseph’s album.

Among the twelve tracks on the album are covers of The Beatles ‘If I Fell’, a song which Williams describes as the one specific song that taught him about the power of harmonies and vocal arrangements, and Peter Gabriel’s ‘Don’t Give Up’, which features a performance by his daughter Hannah. 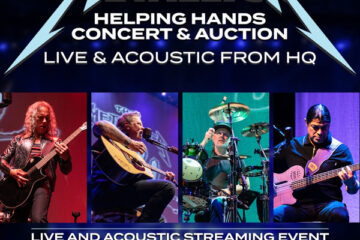