It has been close to seven years since the release of his debut solo album ‘Interstice’, but multi-instrumentalist and producer Pedro Mau (ex-Kneeldown, Wells Valley) is back with a new studio effort called ‘Ailment’ for his project Kneel.

This latest endeavour features vocal contribution of his Wells Valley colleague Filipe Correia and sound wise, is a heady meld of Math, Noise, Metal and Hardcore, in an experimental context that is as brutal as it is engaging.

With albums such as ‘Ailment’, maybe it feels like an incorrect description to use the term “experimental”, because to step beyond and bypass the boundaries of genres requires considerable forward thinking to be able defy the rigidity and to maintain such an organic fluidity.

Pedro Mau comments on the new album: “We’re living in times that inconsequence leads us to appalling results and, eventually, to alienation (from ourselves; from one another).

“Like a careless premonition, ‘Ailment’ is that meaningless ache that in a later stage of life can result in awful consequences.

“The accumulation of small problems in our lives can lead us, sooner or later, to situations that can get out of our control.

“I believe that the key to self-control and life balance is in the daily management of the subconscious mind, although it’s easier said than done.”

Across this ten-track, forty-four-minute offering, Pedro delivers a crushing and varied mix of pummelling and complex rhythms, riffs that are both aggressive and innovative, alongside dissonant chords which mystify and delight.

This, whilst keeping a firm grip on the bouncy addictive groove element and crushing heaviness, is completed by the brutally acerbic vocal delivery from Filipe. 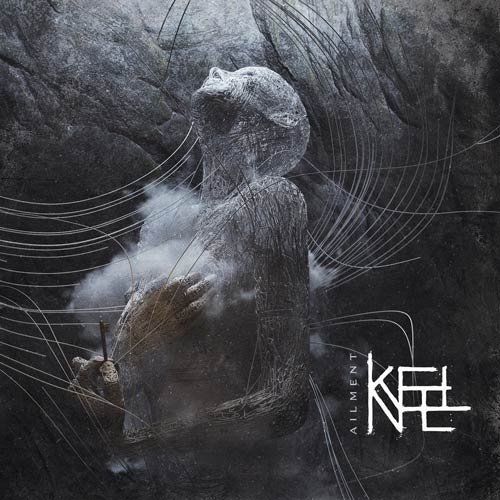 Opening track ‘Qualm’ rips forth with a sound bite from the dramatisation of Patrick Henry’s 1775 historically famous speech, which ends with “Give me liberty or give me death!” before erupting into a sonic tinged, crushing hardcore rich, attention grabbing track, which sets the pace and mood for the album.

A pummelling drum battery heralds the arrival of ‘Awry’ with its discordant riffing and ‘Interim’ is head spinning in its complexity, with some wonderfully groovy riffs from midway.

‘DYS’ delivers doomy bendy riffs, at a slower pace, with dark reflective moments, but what it loses in speed, it gains in sinister aura and crush. I love this track for those very elements.

The pace ramps up for the unrelenting and driving ‘Raptorial’ dropping back for a haunting midpoint with backing choral and dirty riffs, before heading to a chugging riff, bouncy bass and pummelling drum close.

We return to the discordant and bizarre riffs for ‘Abacination’ with drum work that batters through, making it’s presence known and with vocals that also tear through the very substance of the track.

‘Watchful’ takes on an addictive repeat riff to open, before dropping back to a more sinister and reflective stance with acerbic vocals and more genre defying riffs, that utterly destroy as a combination. A hugely powerful and noteworthy track.

‘Bellicose’ has a driving Death Thrash groove, that goes well beyond what you would expect, swerving off at a fascinatingly groove rich, discordant tangent, it is acerbic at the core thanks to the vocals and is lifted by the second half drum work.

‘Impenitent’ opens on an addictive groovy drive that develops a punch as it progresses and a pace that also undulates, as it ebbs and flows.

‘Ailment’ is available as a digital CD format via Raging Planet/Planet K from here.

It is definitely an album that will appeal to fans of Gojira.

A brutal and engaging listen. 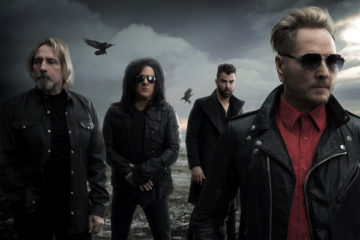