Legendary keyboardist and songwriter Keith Emerson would have been 76 yesterday (2 November). On 11 March 2021, marking the fifth anniversary of Keith’s passing, the 2016 tribute show in Los Angeles will be released as a BluRay package entitled ‘The Official Keith Emerson Tribute Concert’.

Steve Lukather said recently: “It was a great honour to be asked to play in tribute to not only a friend but a musical giant and hero to us all.

“I hope he smiles from heaven knowing the spirit this was done in. So many unreal musicians and thanks to Marc for putting it all together like that!

“RIP Keith. You are so missed.” 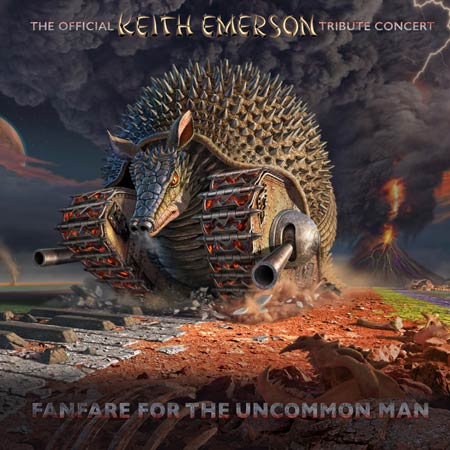 All proceeds from the sale will go to charity The Dystonia Medical Research Foundation, which was close to Keith’s heart, with all artists and crew donating their time for free.

Previous article
Déluge / Making a musically bold move, born out of a visionary audacity
Next article
Sevendust / No nonsense gem added to their remarkable collection