Kastro Pergjoni told MetalTalk: “No matter how far you are from us, just waiting for normality to return, you will be able to listen to some of the Cart & Horses musical legends.

“To make this happen we called up our friends the former members of Iron Maiden that have performed and attended events at the Cart & Horses over the years. All of the tracks have been donated royalty free with all of the album’s profits going straight the Cart & Horses.

“Contained on this album are performances of no less than ten former members of Iron Maiden including three founder members.”

The Birthplace of Iron Maiden

As you can read here, The Cart And Horses is the spiritual home of Iron Maiden. It is where the tentative first line-up of the band performed in early 1976 with Paul Mario Day on vocals.

Until June 2019 The Cart was still supporting bands hosting live performances, but the planned re-opening following a major refurbishment is delayed due to COVID-19.

After a change of ownership in 2016, the stage and walls became a shrine with memorabilia from virtually every Iron Maiden line-up. The efforts paid off as many alumni from Maiden’s formative 1970s line-ups and crew returned, often with their latest bands. It is this sense of community they brought, that makes Cart & Horses Iron Maiden legacy events so popular.

Steve Harris said: “We used to go to the Cart and Horses every week to see bands like Slowbone and Dogwatch, so it was only right that I would end up playing there with Gypsy’s Kiss, Smiler and then of course Maiden. A massive part of my history and great memories. Cheers!” 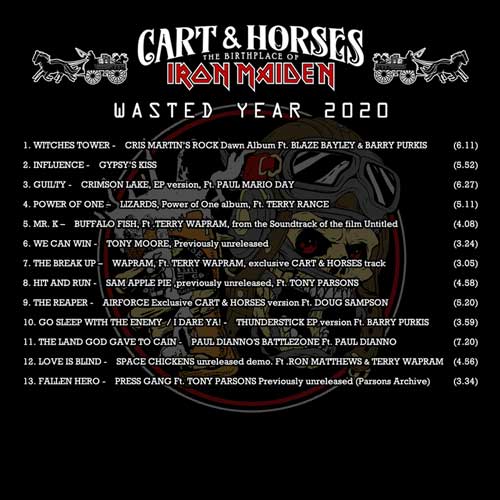 The CD can be purchased from cartandhorses.london/news-offers-events/267437-order-now/ 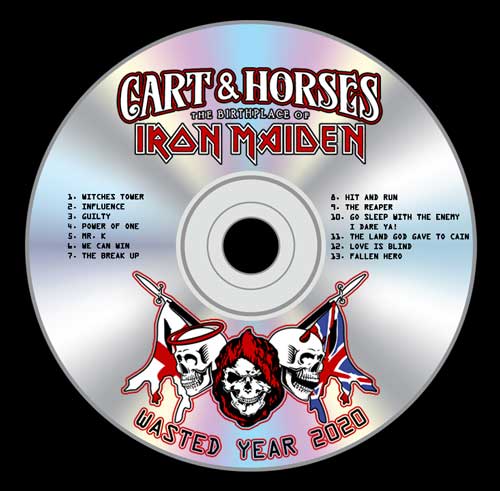