Poland’s Hate dropped their first full length, Daemon Qui Fecit Terram, back in ’96, and since then, they have followed up on a regular basis with a series of brutally excellent releases, each continuing to build on the previous offering. They are back with their twelfth studio full length, another impressive slab of Black/Death Metal that is as vicious as it is atmospheric.

Regarding Rugia, vocalist/guitarist ATF Sinner says, “it was clear to me that it should build upon and evolve from our previous record 2019s Auric Gates Of Veles, both musically and lyrically. However, every Hate record stands as a separate journey, and never twice to the same place. You never know exactly where it will lead you.”

There is a change of drum style on this release because previous drummer Pavulon, who had played with the band since 2014, was forced to step down due to serious health issues. However, Nar-Sil (Neolith, Virgin Snatch, Embrional) has stepped up to take his place.

“Working with a new drummer this time around was a fascinating experience for me.” ATF Sinner says. “Nar-Sil’s technique and presence are quite different from Pavulon’s, and that definitely comes across. I believe we managed to construct a refreshing new chapter to our discography, composing nine truly sinister onslaughts of pure rage.”

Something which is by no means an exaggeration, I can assure you. 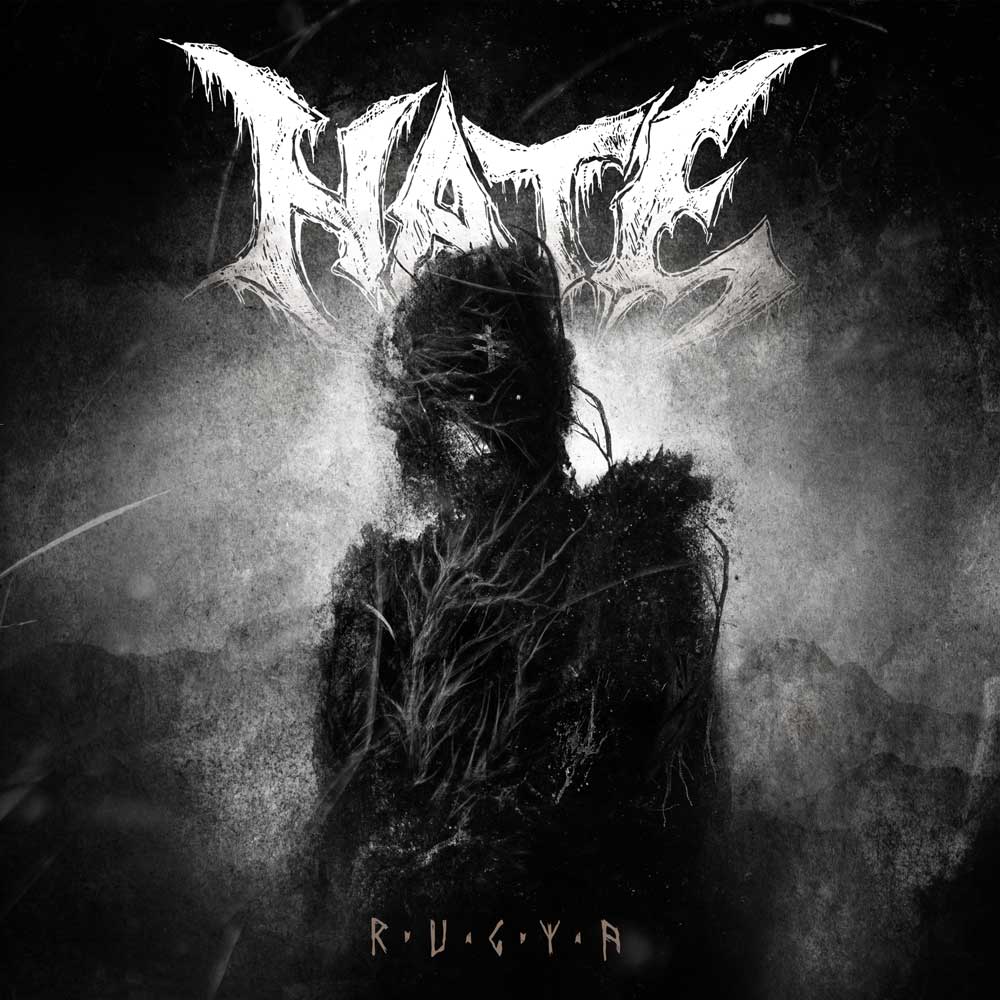 Rugia is yet another COVID-19 influenced release, in so much as the writing tentatively began just after the release of the previous album Auric Gates of Veles, was set aside due to touring commitments which in turn ground to a halt thanks to the pandemic. Wisely, they diverted their time back to working on this album.

The nine-track thirty-five-minute offering is lyrically, once again influenced by Slavonic mysticism. “Generally, all the songs on the album are dedicated to the ancient Slavic world – great migrations, wars, battles, and the struggle for survival,” ATF Sinner says. “But there is also a philosophical level to it, which is very important. Slavic mythology is a collection of universal stories touching upon fundamental issues that we all encounter in our lives.

“Therefore, it is a frame that allows me to write about contemporary problems that I encounter myself from a different perspective. Along the way, I discovered my pagan soul, and I encourage people to do the same.

“I think everybody has this deeper, more profound identity based on understanding our unity with nature, something that goes beyond all the civilizations we have built.”

The album title comes from the archaic name of a German island on the Baltic Sea, now called Rügen. In ancient times, Rügen or Rugia was a site of holy pilgrimage to the pagan Slavic people and the very heart of the western Slavic faith, housing the fabled stronghold of Arkona. At its core, this album is a tribute to Rugia, its tribes and the culture they created.

Rugia is a superb listen end to end. I can’t begin to pick out my favourite tracks. To my mind, it is a consistently flawless assault on the senses, completely unconstrained, brutally dynamic with a dark ambience there too. Familiarly Hate, there is no mistaking their classic and unique style, but it’s not a replica of past offerings either. This is a whole new beast entirely.

From the opening title track, the powerfully atmospheric Rugia, which makes a grand entrance, all the way to closer, the discordant and chaotically ferocious Sacred Dnieper, your senses are blasted by a superbly unrelenting wall of sound.

ATF has also pushed his capabilities with his vocals, which have always been excellent in the past, even further across this release with a greater degree of range, depth and intonation.

If the intense dark driving onslaught isn’t enough, there’s no shortage of leadwork bursting its way out of the driving riffs, most noteworthy for me, on Saturnus and Sun of Extinction. The album seems to take a darker, more eerie turn midway onwards, with the previously mentioned Sun of Extinction being particularly dark and hypnotic.

With Rugia, they prove once again that no one combines Death and Black Metal with the same degree of hugely engaging brutality as Poland’s Hate. I think this album is an absolute killer.