British Black Metal pioneers Winterfylleth return with their sixth full-length ‘The Reckoning Dawn’, an eight track, fifty-nine-minute offering that addresses issues which are relevant both historically and in modern times: tribalism, manipulation, control, corruption in religion and politics.

They return to the heavier format of 2014’s ‘The Divination of Antiquity’ after their very evocative, very acoustic orientated endeavour, ‘The Hallowing of Heirdom’ in 2018 which, whilst different, was very enjoyable and not unexpected given their compositional format.

However this is more akin to the type of release I and most people generally associate ‘Winterfylleth’ with – a heavy, dark and powerful, hugely emotive and atmospheric offering par excellence.

This time it feels even more accessible than ever. Their first release to cross my path was their third album, 2012’s ‘The Threnody of Triumph’, which at the time took quite a few listens for me to fully get into. This might have been because I was new to the concept of ‘Winterfylleth’, as subsequent releases gelled with me more quickly and readily.

But with this latest album, ‘The Reckoning Dawn’, it’s definitely love at first listen. 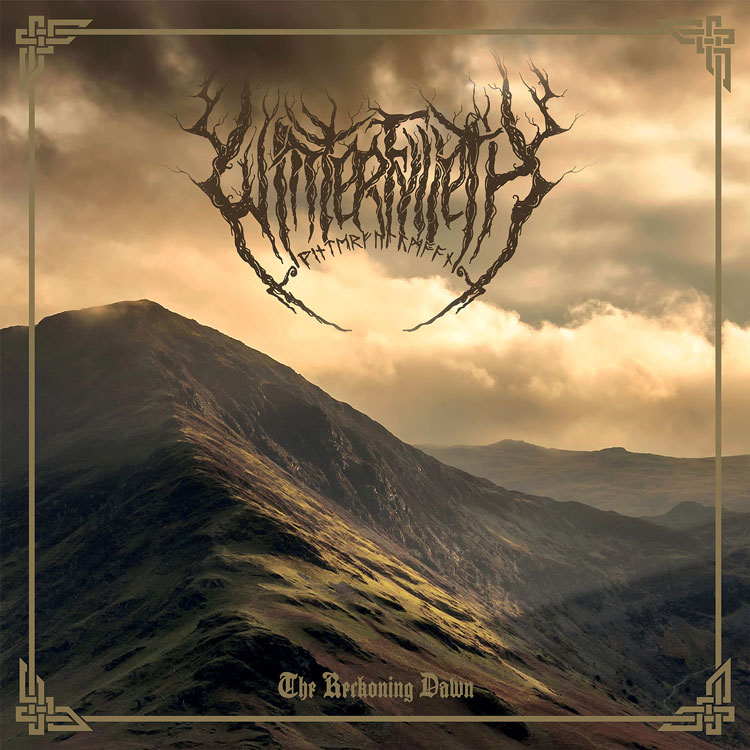 I think it’s also an large element of a continuing drive and desire by the band to hone and refine their skills with each subsequent release.

From the blistering but atmospheric opening track ‘Misdeeds of Faith’ to the closer, ‘In Darkness Begotten’ (second longest piece at over nine minutes) it is a well-crafted, well varied release, building and ebbing in huge atmospheric waves. The intense part filled with blisteringly delivered blackened riffs and unrelenting drum work, alongside an abundance of rich backing vocals which have a choral edge and contrast superbly against Christopher Naughton’s harsh vitriolic blackened vocal delivery.

Beneath the riffs there often courses a subtle melodic element, as on ‘A Hostile Fate’ (The Wayfarer Pt. 4) and ‘Absolved In Fire’. Midway through the second half you get a short but wonderfully reflective acoustic instrumental interlude, ‘Betwixt Two Crowns’.

There are also classical styled elements. A subtly orchestrated keyboard melody permeates ‘A Greatness Undone’, a two and a half minute extended opener of acoustic guitar and violin on the ten minute monster ‘Absolved In Fire’, with its superbly haunting and harmonious close. And the final piece ‘In Darkness Begotten’ fades out gradually to backing vocal harmonies and subtle orchestrations. All making a powerfully engaging and very positive listen.

‘The Reckoning Dawn’, will be available from Candlelight / Spinefarm from the 8th May and pre-orders are now available via https://winterfylleth.lnk.to/TheReckoningDawn as a CD or deluxe edition Digipak which also has the original bonus tracks  ‘Upon Gallows Frail’ and ‘In Darkness Beholden’.

There is also ‘Woden’, cover of the Enslaved song ‘Wotan’. Given the style Enslaved delivered on their 1994 album ‘Frost’ where this track originally appeared, I imagine a Winterfylleth cover would work very well, given the similarities in styles.

I look forward to finding out.

‘The Reckoning Dawn’ is an excellent work, well worth the attention of anyone who enjoys a well crafted Black Metal album.