In episode four of MetalTalk TV, Liz Medhurst hosts Cats In Space in a highly entertaining conversation, putting questions provided from their fans directly to the band.

We get a glimpse into the domestic life of the Cats, picking up tips along the way and getting to know them better. Find out who has regrets, who they would like to see covering their songs, lots of insights into recording and performing and much, much more.

In this time of lockdown the conversation is fully social distanced, but the gap shrinks as the banter flows. The technology worked too, although there was a bit of last-minute improvisation needed for Dean who appears in stereo – one channel for audio and one for video.

Greg also brings us up to date on progress with forthcoming studio album ‘Atlantis’ and post-lockdown plans, and you can watch the video for new single ‘This Is London’, landing on Spotify May 15th, and a limited CD release available from the band’s webstore, with a percentage of the profits going to NHS charities.

Photos from the London Palladium by Robert Sutton

'GRIT YOUR TEETH' IS VEGA'S FINEST WORK TO DATE 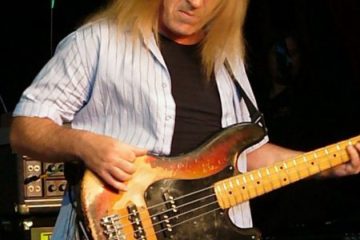