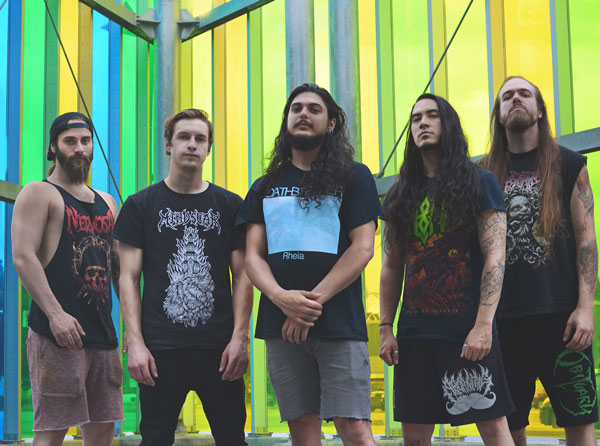 Warped party animals Killitorous return with their second slice of Tech-Death Grind Comedy Metal, ‘The Afterparty’, the follow up to 2014’s ‘Party, Grind’.

In the time between these two albums, the members have been working with bands including Annihilator, Suffocation and First Fragment, as either sessions musicians or as permanent members honing their skills further and this time around the crazy Canadians have enlisted a huge number of guest musicians for this release. 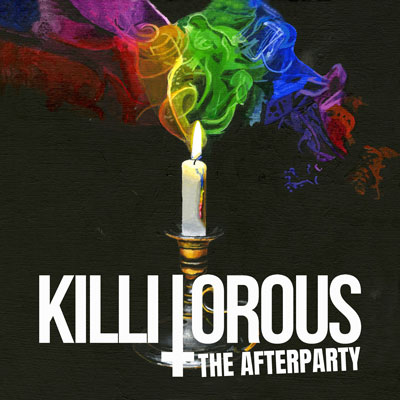 The resulting sound is crammed full of blast beats, sweeps, shreds, brutal vocals and 90’s movie references and is, like their previous offering, brutal with a witty twist. They are musicians who know they are hugely competent, but still refuse to take things too seriously. Clearly they enjoy their work as this ten track forty-three minute offering clearly attests.

Because ‘The Afterparty’ is as technically excellent and brutal as it is funny, it is a surreal concept to find yourself in the midst of being both impressed by such technical excellence and laughing your socks off at the cleverly included humour simultaneously.

This is immediately apparent with titles like ‘Rodney Dangerfield of Dreams’, ‘Re-anima-tomatron’ and ‘Insanity as a pathway to fame and fortune: The tyrannical tirades of Mike Tyson’

But it’s only when you listen fully, that you fully appreciate the enormity of the carefully woven wit that courses through these tracks.

‘The Afterparty’ is a difficult album to pick favourite tracks from. It’s consistent in delivery and content throughout, but there are a lot of interesting elements over and above the hugely superb technical guitar work. Something that always grabs my attention are interesting strings, for example the closer on ‘Rodney Dangerfield of Dreams’, which also has an amusing dialogue amidst it’s content.

Or ‘Insanity as a pathway to fame and fortune: The tyrannical tirades of Mike Tyson’ which breaks into country and western briefly, or the winning combination of intense drum delivery, technical guitarwork and utterly stunning leadwork on ‘Married With Children’.

However I was very drawn to ‘Slavesphere’ with its superbly hypnotic riffs, great twin vocal dialogue, hugely addictive blasts and acerbic groove, which I thought was a superb track which had an undefinable element that just gelled with me.

Also, a track which cannot go unmentioned, is the final piece ‘King Diamond Dallas Page’. From mid-point onwards is just a repeated unnervingly maniacal laugh, a delightfully disconcerting way to end an album.

An independent self-release, ‘The Afterparty’ is available as a CD or digital download worldwide via label Tentacles Industries except North America where you can buy direct from the band.