Howard was home, but what was the drummer doing in the bathtub?

Acid Reign formed in 1985 and had a very successful run on the Thrash Metal scene, seeing the birth of two successful albums, ‘The Fear’ and ‘Obnoxious’, which followed the ever acclaimed ‘Moshkinstein EP’.

They have toured extensively with bands of the likes of Exodus, Candlemass, Flotsam and Jetsam and Dark Angel and are renowned for their extremely lively and plain wild shows.

Due to life getting in the way, unfortunately, the band decided to split in 1991 and it has taken 24 years before they have come back to the scene with a spanking brand new line up, with the exception of mastermind ‘H’.

Acid Reign 2.0 have seen a new lease of life with their latest production ‘The Age of Entitlement’ and an unholy alliance with American singer / songwriter Suzanne Vega.

To this day, they have generated chaos in clubs all over and even earned the headline slot on the Sophie Lancaster Stage for Bloodstock 2016.

“IT WILL ALL BE ALRIGHT IN THE END AND IF IT’S NOT ALRIGHT, IT’S NOT THE END…” 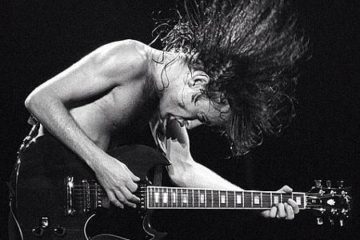