Although Guns N’ Roses sound and style quickly took on a more varied complexion on their mammoth Use Your Illusion albums 1&2, the origins of their DNA most definitely lie in the pouting attitude of Sleaze Rock.

Back in the day, everyone else more or less played second fiddle. If you were to split the genre into divisions, Guns N’ Roses would have, without doubt, have claimed Premier league top spot, midtable safety and the relegation zone. But away from the top table were a glut of similarly bred bands, including L.A. Guns, Enuff Z’Nuff and The Dogs D’Amour, whose early promise, unfortunately, was never truly realised.

And one of the biggest hopes was the short-lived prosperity of L.A.’s Faster Pussycat. With the peak of their success coming with the certified gold Wake Me When It’s Over in 1989, the Grunge tsunami spelt curtains for the band, and they hung up their hair volumisers in 1993.

As with most multi-CD re-releases, the carrot for most is the offering of previously unreleased material, and while a six-track live collection and four bonus tracks from an album a year before their first break up might seem paltry compared to others, there is nothing stingy with the quality.

Amidst the global appeal and subsequent success of your Appetite For Destruction’s, Dr Feelgood’s and your Open And Say…. Ahh’s, it’s easy to forget the delight’s they brought to the party with their first two long players.

The groove-filled Bathroom Wall and Babylon still have the tongue firmly planted in that cheek, both outlandishly executed by the unforgettable named Taime Downe. Second album, Wake Me When It’s Over, saw them grow up a little bit which did leave you pining for their adolescent tomfoolery, but nevertheless, there was magic moments like the Poison-ish ballad House Of Pain and the honky-tonky Poison Ivy.

Anybody who has had the pleasure of seeing these rogues in their pomp will tell you these tunes grow a bigger pair of rock n’ roll balls when unleashed in the flesh, and the all killer six tracker included is a tidy snapshot of their live shenanigans.

As far as the bonus tracks go, it’s the sleaze dipped version of Carly Simon’s You’re So Vain that roars loudest. Performed with a wink a smile, it’s the Pussycat devilishly robbing the dignity of a much-loved classic.

They may not have got to ride the commercially lucrative wave, but there was no doubting their credentials, the look, the attitude and most importantly, the songs.

CD1: FASTER PUSSYCAT
Don’t Change That Song
Bathroom Wall
No Room For Emotion
Cathouse
Babylon
Smash Alley
Shooting You Down
City Has No Heart
Ship Rolls In
Bottle In Front Of Me 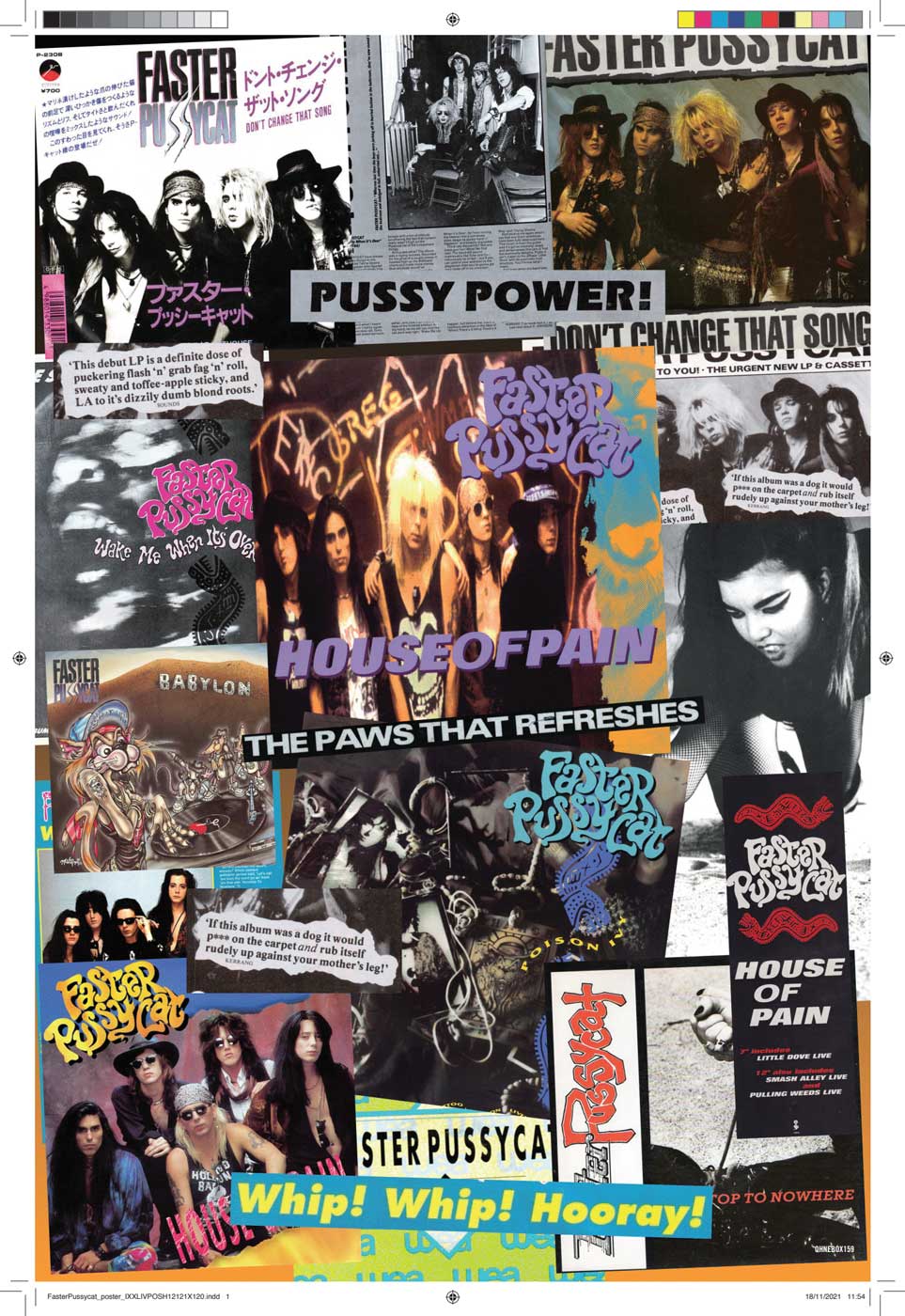