Initially released in 2019 by Seattle’s Death-Doom Metallers Excarnated Entity, the highly sought-after cassette ‘Stillborn in Ash’ was released twice and, having sold out quickly on both occasions, is now set for release as a remixed/remastered vinyl and CD.

The first fear when the words remixed/remastered gets mentioned is that the raw filthy charm of the original may be lost. Thankfully it’s still there, just sharper and more dimensional, just slightly less raw. It might not suit stalwarts, but I’ve played the two versions in repeat succession to try to get a balanced perspective, and I don’t feel anything is lost, but a lot is gained.

‘Stillborn in Ash’ is four tracks spanning a generous twenty-seven minutes of some of the darkest, sludgy, eerie, and cavernously heavy Death Metal you could wish to hear. Influenced by early 90’s Death / Doom, both the guitar tone and vocals come at you in a low and brutal manner.

‘Stillborn in Ash’ opens with serious intent, the squealing lead work at the start of ‘Sunken Form’ heralds an amalgamation of dirty hypnotic riffing and those wonderfully cavernous vocals. The pace rises and falls, one minute a frenzy, the next crushingly slow, in a very organic and fluid manner and the second half mournfully melodic undercurrent brings even more texture to the track.

EP monster, the eight-minute ‘Perverse Zealotry’ is a suspenseful builder. Constant pummeling drums, plodding riffs and haunting melody are unceremoniously kicked aside as a cavernous growl marks an intensification in the drum and riff delivery, coming to its zenith with squealing thrashy leads, paring back to the slower, more ominous pace in readiness for the next assault on your senses, a track that keeps on giving, thanks to this repeated assault wave. This powerful track is full of character and interest.

Title track ‘Stillborn in Ash’ opens with a haunting but in your face melody that is bolstered by the drum work. Consider this a warning of what is to come as the pace quickly delivers a fierce assault on your senses. There is a serious break neck Death Metal delivery that oozes filth and is punctured midway with squealing thrashy leads before falling back to a slow, suffocatingly crushing pace. This two-phase assault repeats before turning mournfully doomy and convoluted before one more intense wave of brutality.

Nothing is spared or held back with the final offering ‘Split Visage’, which continues in the intense manner of its predecessor. Making good use of well-delivered blast beats and full throttle Death Metal riffage, the squealing thrashy leads of berserk proportions are contrasted by an eerily melodic and haunting drop in pace, before one final closing assault on your senses.

If you like ‘Stillborn in Ash’, you will be pleased to know Excarnated Entity are working on a new album aimed for release towards the end of the year. Meanwhile, prime your ears and prepare your senses on this EP. 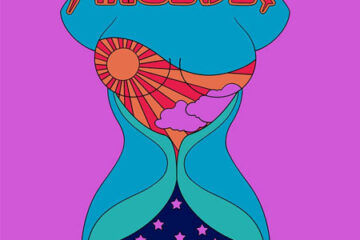