Hailing from The Netherlands, psychedelic trio DeWolff have today released ‘Half Of Your Love’, a second single from the upcoming album ‘Wolfpack’. The new album is due out 5 February via Mascot Records and a free live stream event will take place that same evening.

The stream kicks off Friday 5 February, 7.30pm UK time, and you can access the stream from here.

As we heard yesterday, DeWolff have been busy during lockdown creating, with the help of their fans, this latest album, which features such quirky touches as recording an intro on a 70’s Fisher-Price Toy cassette recorder.

Talking of the new single, the band told MetalTalk: “You might not have guessed it, but 70’s disco music is our guilty pleasure. Songs like Da Ya Think I’m Sexy or any ABBA song never fail to fill us with an unstoppable urge to move along to the groove.

“The main melody for ‘Half Of Your Love’ was actually meant for another song [‘Homegrown’] but we decided it was too beautiful to be tucked away somewhere in a blues song.

“It needed a bigger spotlight, and a disco ball of course. “Keep the best for yourself, I only need less than half of your love”… This might just become your guilty pleasure too!”

Ego Kill Talent / 'The Dance Between Extremes' set for 19 March 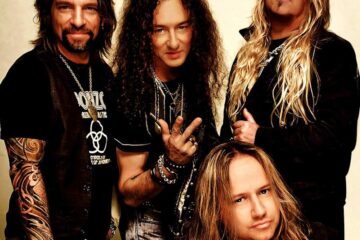