Psychedelic Southern Rock band DeWolff are a fine example of band who were pushing their creative energies long before the curtain of COVID-19 closed the stage.

The trio were performing on their Tascam Tapes European Tour, before the closure of live music meant their last show was to be 17 March 2020 in Maastricht – you can watch the show, performed in front of their crew, at the end of this page.

The fascinating aspect of the tour was that the band were using it as a chance to record songs on an old 80’s four track cassette recorded. The songs were recorded in hotels, motels, a backstage or two and by the side of the road.

These Tascam recordings became the ‘Tascam Tapes’ album, which was released in 2020. You can watch the documentary the band made here:

Lockdown has posed many challenges for all, but DeWolff were determined to make the most of it.

Singer/Guitarist Pablo van de Poel told MetalTalk: “I figured, never in our lives are we going to have this much time again to soak up inspiration, to write and create. Music is our favourite thing in the world.”

Now their new album, ‘Wolffpack’, will be released 5 February 2021, via Mascot Records, with the impressive lead single ‘Yes You Do’ available below. 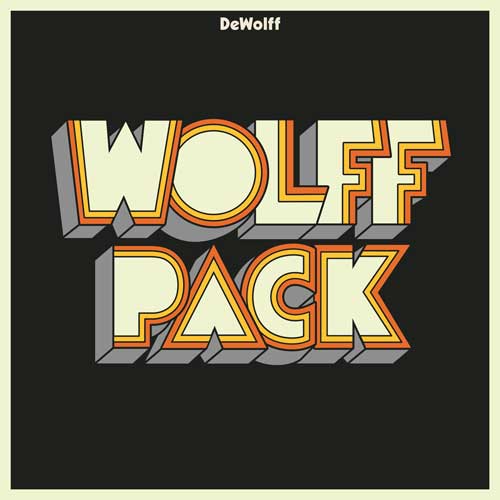 Former Wolfmother bassist Ian Peres and longtime friend of the band Judy Blank appear on ‘Yes You Do’. The band first met Peres back in 2012, sat at a table with Lenny Kravitz and Andrew Stockdale.

Pablo told us: “I was of course completely starstruck, Ian was super kind and interested and he had even heard about DeWolff. We clicked right away and when we were touring Australia in 2013, we met up with him in Mullumbimby where we had an epic full-day jam session at his buddy’s studio.”

We asked Pablo where the song was written: “We wrote it in a Zoom meeting!” he said.

One of the many highlights on the album is ‘Do Me’, which features Theo Lawrence on vocals. The lyrics were written through the eyes of an anti-hero who realises he is not worthy of the woman of his dreams. The song’s roots come from 2019.

Pablo told MetalTalk: “I consider this the best song I ever wrote, so I could not stand the idea that it was only used for those Next of Kin shows and then never again!

“That is why I brought it to DeWolff, but it needed some rearranging.”

Pablo told us: “Loretta is the protagonist’s childhood sweetheart. She has a rich dad, but he is really conservative and so she can only inherit his money if she marries a man.

“But she is a lesbian. So, the protagonist, who is also out for this old guy’s money, suggests they play pretend and marry so they can split the money.”

One of the first songs written in quarantine, ‘Lady J’, was written from a future perspective around the end of quarantine, after Pablo had watched the documentary ’13th’.

He said: “I was quite shaken up by it. The lyrics are based on the idea that Lady Justice seems to have a scale that doesn’t measure the ‘weight’ of your crime but the tone of your skin. She is supposed to be blindfolded, but the people who act in ‘her’ name aren’t blind at all. They discriminate between white and black.”

‘Hope Train’, the final track on the album, features a 70’s Fisher-Price Toy cassette recorder on the intro.

Pablo said: “We wanted to see if we could somehow approach the sound of those very early Country Blues recordings, like the ones by Blind Willie Johnson or Charley Patton.

“We figured the best way to try that is to use the lowest fidelity tape recorder we could find.”

The song is based on the Pulitzer prize-winning novel by Colson Whitehead about two slaves in the US during the 19th century, who make a bid for freedom from their Georgia plantation.

Pablo said: “I found it really hard to envision the world in which it takes place.”

And reading is a big part of Pablo’s life, especially now. He started reading the Old Testament during the lockdown, telling us: “I consider myself an atheist.

“But I have always been curious about this book that so many find so important. I only read the first 80 pages, but I did find some interesting stories and symbolics that proved quite inspirational as song material.

“I am also a big fan of Charles Bukowski and some of his fellow American writers like John Fante and their raw use of the English language and in a way I tried to combine these two worlds into a dark love story.”

‘Wolffpack’ is the bands ninth studio album. Recorded in Utrecht, The Netherlands, the fantastic organ sound fills you with moods of sunny 70’s funk Rock, all wrapped around fantastic melodies in a beautifully unique style.

This album is definitely one to check out.