With a new album and new personnel, the mighty Black Star Riders saunter into town for their much anticipated Dublin return.

In tow to open the night was the effervescent punch of Stone Broken, and if you’re an avid follower of the so called New Wave Of Classic Rock, the Walsall fourpiece need no introduction. Their high octane live reputation has been gaining massive plaudits over the past couple of years and their forty-five minute workout tonight did nothing but enhance that.

Although fresh-faced and looking like they wouldn’t say boo to a goose, these folks hit you hard. There was no hanging about as they went straight for the throat on the pulsing opener ‘Stay All Night’, swiftly followed by a rip roaring ‘Doesn’t Matter’ and ‘Heartbeat Away’.

Donned in his trademark retro trucker hat, lead singer Rich Moss is a commanding frontman, his impressive bark locking horns brilliantly with the rest of the bands boundless energy and despite forgetting what day of the week it was, there was no such confusion with his flawless delivery on the stirring ballad ‘Wait For You’, so good it had drummer and his significant other, Robyn Haycock, beaming with pride.

‘Not Your Enemy’ finished their night with a wallop and left their heaving sound ringing in Dublin’s ears. Apart from the awkward silences between songs, Stone Broken were a truimph, and did more than enough to ensure that next time they hit Dublin, they’ll be more than just a curiosity. 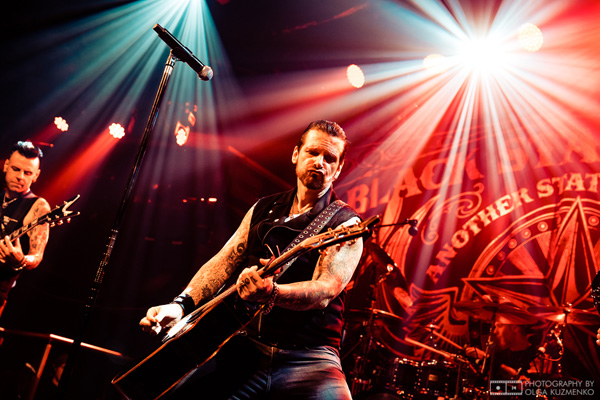 To a small minority of hardcore Thin Lizzy fans, Black Star Riders don’t exist and the very mention of their name often sparks a backlash of musical snobbery. Begrudging moans of “tribute band” and “they’re pissing all over Phil’s memory” are often spouted with distain but with a four album, forty plus song armoury in their possession BSR are riding alone and the reliance of a ‘Jailbreak’ or a ‘Whiskey In The Jar’ to boost a live set is all but gone and bar a nod to the great man himself, tonight was Lizzy free.

The buzz of house lights going down never gets boring and when you hear the thud of tribal drumming and gang roars blasted over the PA it sets the tone and what better way to open an Irish show than with the Celtic thunder of ‘Another State Of Grace’. The title track to the new album struck an immediate chord with the fervent Dubliners and even though the band are 80% American, the connection to Ireland is as strong as ever and they were greeted like homecoming heroes. 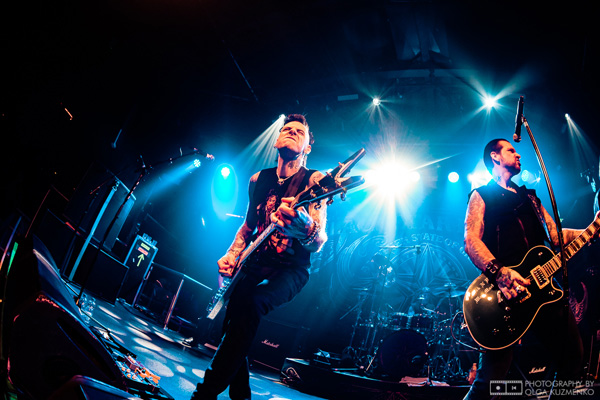 As always Ricky Warwick was locked and loaded, snarling like a feral beast and ready to unleash his usual shift of full blooded showmanship. However to those who have followed BSR from the start, not seeing the towering figure of Damon Johnson riff slinging alongside the incomparable Scott Gorham might have been a bittersweet thought pre-show but new recruit Christian Martucci has slotted in perfectly and the more familiar chimes of ‘The Killer Instinct’ and ‘All Hell Breaks Loose’ sounded as good as ever.

With his tattoos glistening with sweat, Warwick then gave the middle finger to arseholic politicians and locked the door of his virtual ‘Church Of Rock’ n’ Roll’ before launching into ‘Testify Or Say Goodbye’. A little bit of a Rob Halford impersonation heralded the oncoming ‘Hey Judas’, a song always welcomed and one that always delivers. 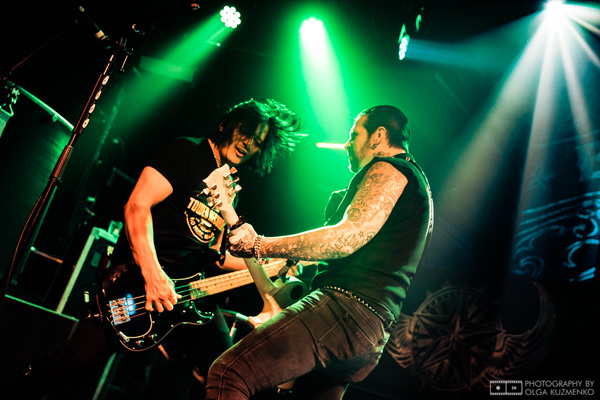 Performing new songs can be dangerous ground, but ‘In The Shadow Of The War Machine’, ‘Ain’t The End Of The World’ and the thought provoking ‘Why Do You Love Your Guns?’ passed the test and are surely potential future setlist mainstays.

There’s no denying that Warwick and Gorham are the focal point – they’re the Rossi/Parfitt of BSR – but the engine room trio of Martucci, Crane and Szeliga were a revelation tonight, binding together the mammoth sounds of ‘When The Night Comes In’ and ‘Underneath The Afterglow’. 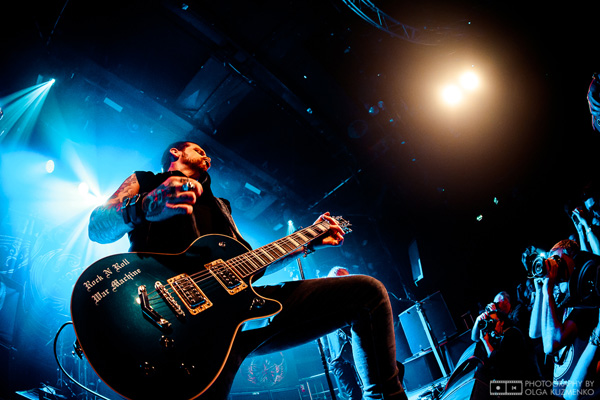 With the recent news that Thin Lizzy received a nomination for the Rock ‘N’ Roll Hall Of Fame, the roof was lifted off the building as Warwick put the legendary Scott Gorham centre stage to absorb the heartfelt adulation.

A hat trick of ‘Finest Hour’, ‘Kingdom Of The Lost’ and ‘Bound For Glory’ took the night roaring down the home straight. Outside the four walls of The Academy these songs probably wouldn’t register a thought with a lot of people but to the ever growing Black Star Riders Army these tunes are anthemic gold. A fitting way to end a pulsating night. 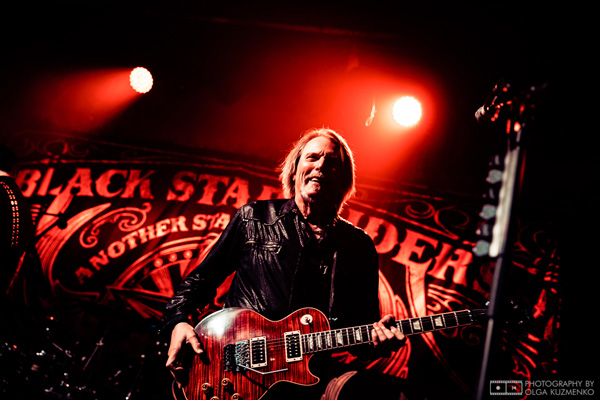 For however long they continue this band will most likely always divide opinion, but after four titanic albums they just keep coming up with the goods. And on they ride.
Setlist:
Another State Of Grace
The Killer Instinct
All Hell Breaks Loose
Testify Or Say Goodbye
Tonight The Moonlight Let Me Down
Ticket To Rise
Hey Judas
In The Shadow Of The War Machine
Soldierstown
Why Do You Love Your Guns?
Blindsided
Bloodshot
Ain’t The End Of The World
When The Night Comes In
Underneath The Afterglow
Dancing With The Wrong Girl
Finest Hour
Kingdom Of The Lost
Bound For Glory 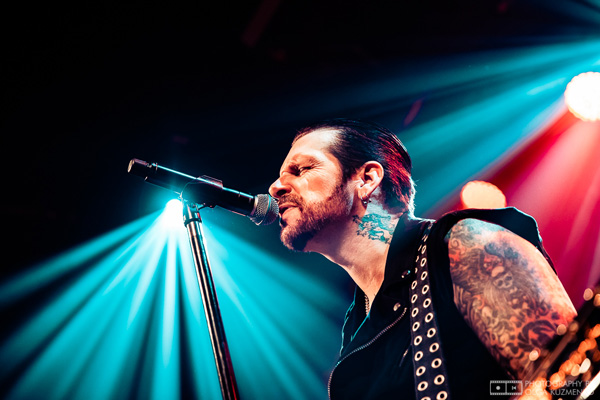 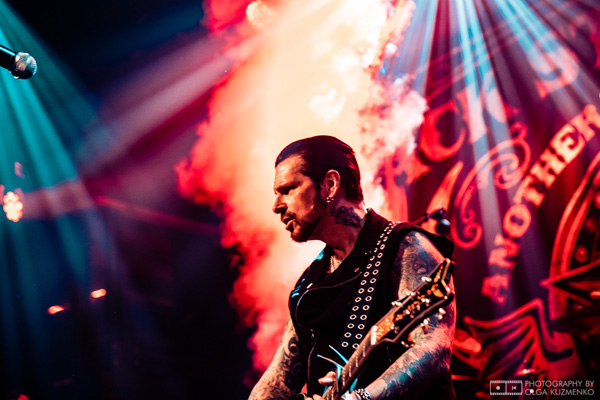 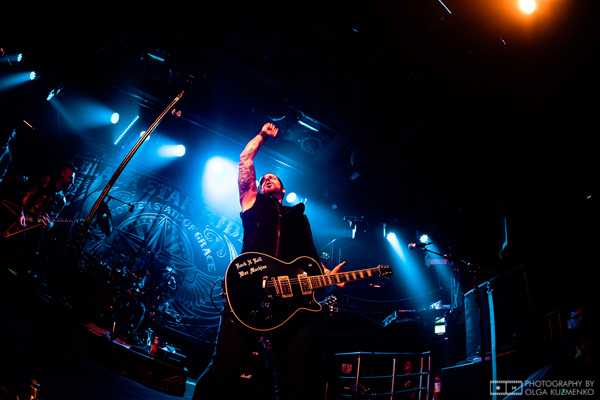 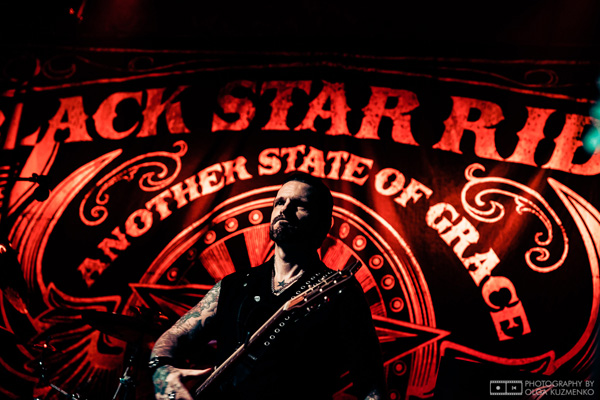 The Way Heavy Metal Will Change Your Life 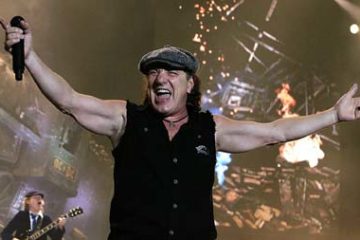