Swedish Black Metal Band Astrophobos are back with their third full-length studio album Corpus, which goes beyond the idea of just being an album. This time they have created a “cross-disciplinary collaboration spanning several years where sculpture, photography and music intermingle to explore themes of impermanence, death and decay.”

To achieve this, they have teamed up with artists Lisa Wallert and Morgan Norman, venturing into these concepts and taking inspiration from their work to write both music and lyrics. The artwork of Wallert and Norman can be found on the cover of the Corpus album and throughout the layout of the gatefold vinyl record.

As an extra point of interest, the collaboration culminates in an exhibition/live show in Stockholm on 13 November 13. 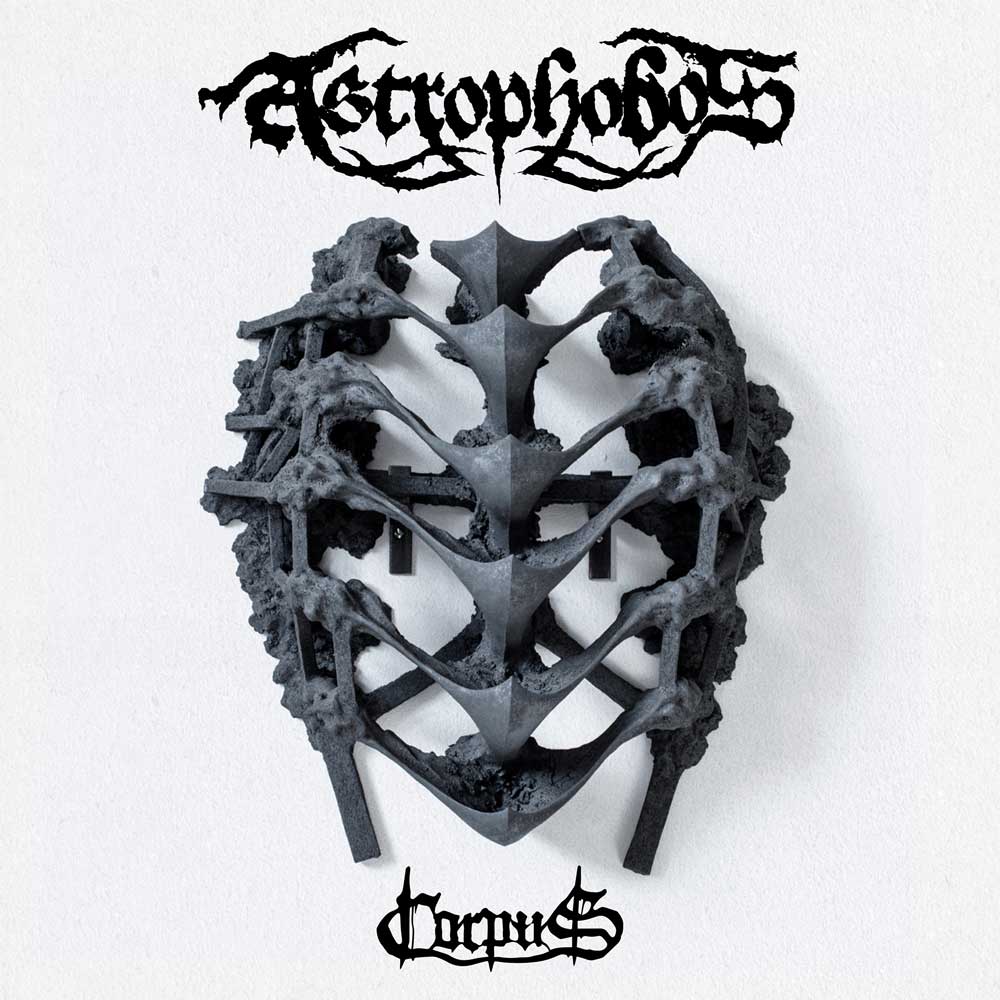 Although they continue with their melodic yet brutal sound, Astrophobos have made changes to their approach with the compositions on Corpus, notably the lyrics, which for the first time are entirely in Swedish.

“The works of Morgan and Lisa were very evocative around concepts like annihilation and fear of death,” Vocalist and lyricist Micke Broman explains, “and since you are always closest to your mother tongue, it felt like the lyrics would be able to reach a stronger connection to their works if I wrote them in Swedish”.

The album also features some rather superb session drums by Simon Samuelsson (ex-Ofermod) along with guest vocals by Elisabetta Marchetti on the final piece Under Jord (Inno, ex-Riti Occulti).

A statement of intent is made from the offset as the crushing brutality hits immediately with the opening title track Corpus. With its strongly defined plodding pace, acidic scathing vocal delivery, impactful repeat chorus line and simple but brutally effective riffing, this dominates the first half, saving the bleak but welcome, melodic element for the latter end of the track.

From this point onwards, Astrophobos up their game further. Firstly with the up-tempo Utrotning, where driving riffs are interspersed with haunting melodic passages, a superbly engaging track with the perfect balance of brutal and melodic. Till djupet, takes a slower, darker, more reflective turn that is both intense and brooding. Next Nattvard, which is superbly hypnotic and dark, with leadwork that elevates the track to the next level.

Svärta is a brilliantly unpredictable piece. The opening sparse notes sent a shiver through me. It’s bleak and reflective. The first half of the track has a “less is more” feel, keeping you in suspense until the haunting leads break through midway as the track develops depth and intensity. The vocals do not arrive until well into the second half.

Then Liktal returns things to a more predictable mid-pace plodding sound. It has a superbly rich and dark undercurrent amplified by the acerbic vocals. The final offering Under jord, is a glorious meld of tremolo riffing, dark but almost folky melodies and a black driving undercurrent punctuated with a sinister vocal delivery.

Corpus is a well-varied and engagingly dark listen end to end. It was mixed and mastered by Marco Mastrobueno at Kick Recording Studios. It will be distributed worldwide by Sound Pollution Distribution and is also available here: https://astrophobos.bandcamp.com/

The vinyl release has been delayed until 17 December.