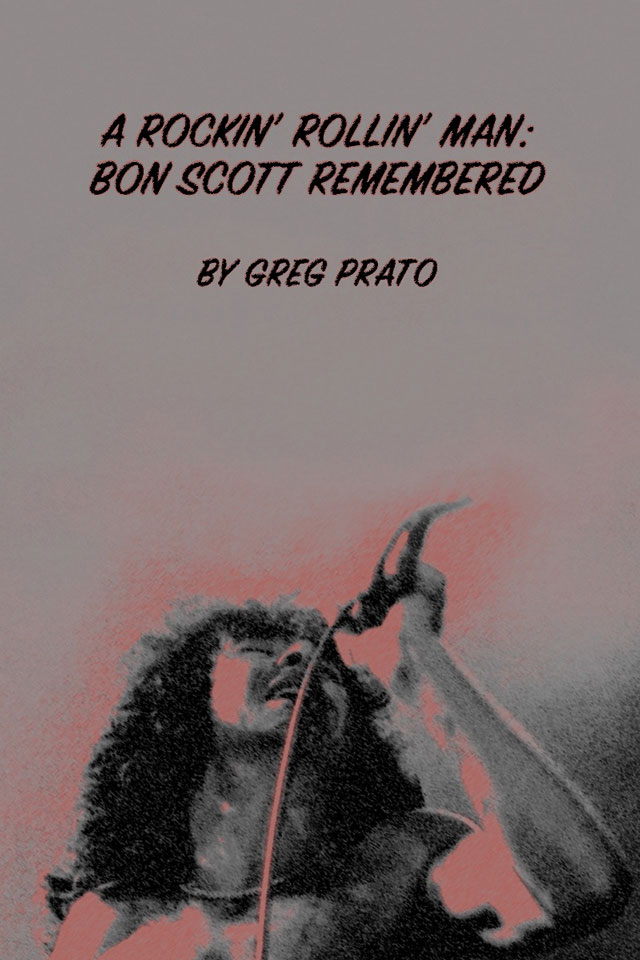 19th February 1980. Legendary AC/DC frontman Bon Scott had been out with friends, but the evening took a terrible turn as Scott passed out in his car and ultimately choked to death on his own vomit. He was only 33 years old.

Through the late 70’s AC/DC had been gaining fans at a pace, with Highway To Hell helping to smash America. Bon Scott was leading from the front. It was his unmistakable vocals and streetwise/sexually charged lyrics that were a major part of such all-time classic rock anthems as ‘Highway to Hell’, ‘Sin City’, ‘Whole Lotta Rosie’, ‘Dirty Deeds Done Dirt Cheap’ and ‘TNT’.

But few rockers partied as hard as Bon.

Greg Prato is a writer and journalist from New York, whose writing has appeared via such outlets as Songfacts, Vintage Guitar Magazine, and Consequence of Sound.

He is also the author of several popular books, including ‘Take It Off: Kiss Truly Unmasked,’ ‘Touched by Magic: The Tommy Bolin Story,’ and ‘Iron Maiden: 80 81,’ among many others. And you may have even heard him on one of his many radio or TV appearances, which include interviews on ‘The Howard Stern Wrap-Up Show,’ ‘Eddie Trunk Live,’ and ‘The Ron & Fez Show.’