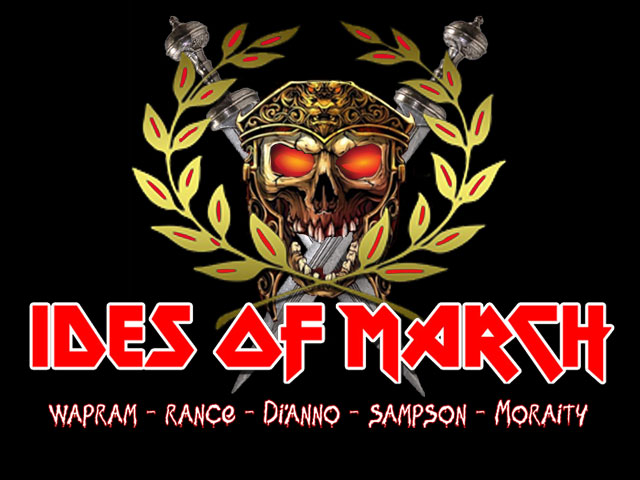 The band name is also the title of the opening track on IRON MAIDEN’s second album and the last to feature DI’ANNO, ‘Killers’, and the first band artwork to be released captures the essence of 15th March 44BC, the notorious date of the assassination of Julius Caesar, which made the Ides of March a major turning point in Roman history.

IDES OF MARCH t-shirts bearing the new logo are on the way and can be pre-ordered at The MetalTalk Shop https://www.metaltalk.net/shop.

All orders will be despatched on 1st March 2020.

The band will headline BEERMAGEDDON Festival in Bromsgrove, England on Sunday 30th August 2020 in a one-off performance to celebrate the release of IRON MAIDEN’S debut album forty years ago.

IDES OF MARCH was announced to the world less than two weeks ago and had sold out BEERMAGEDDON just five days later, breaking all previous ticket sales records.

Consequently, band management, in conjunction with BEERMAGEDDON organisers, are exploring ways of making sure nobody misses out.

IDES OF MARCH manager Steve Göldby said: “We’ve been taken totally by surprise by selling out BEERMAGEDDON in just five days, and we now have fans from all over the world disappointed they can’t get a ticket, so we’re exploring various options so everyone who missed out on a ticket will get to get to see the show.”

Paul Di’Anno is special guest on ‘Neil Jones Rock Show’ at 9.00pm Tuesday 28th January on Cambridge 105 Radio, 6.00pm Wednesday 29th on TotalRock Radio, repeated throughout the week, and 8.00pm Sunday 2nd February on KLFM. You can listen On Demand at Facebook.com/neiljonesrockshow. 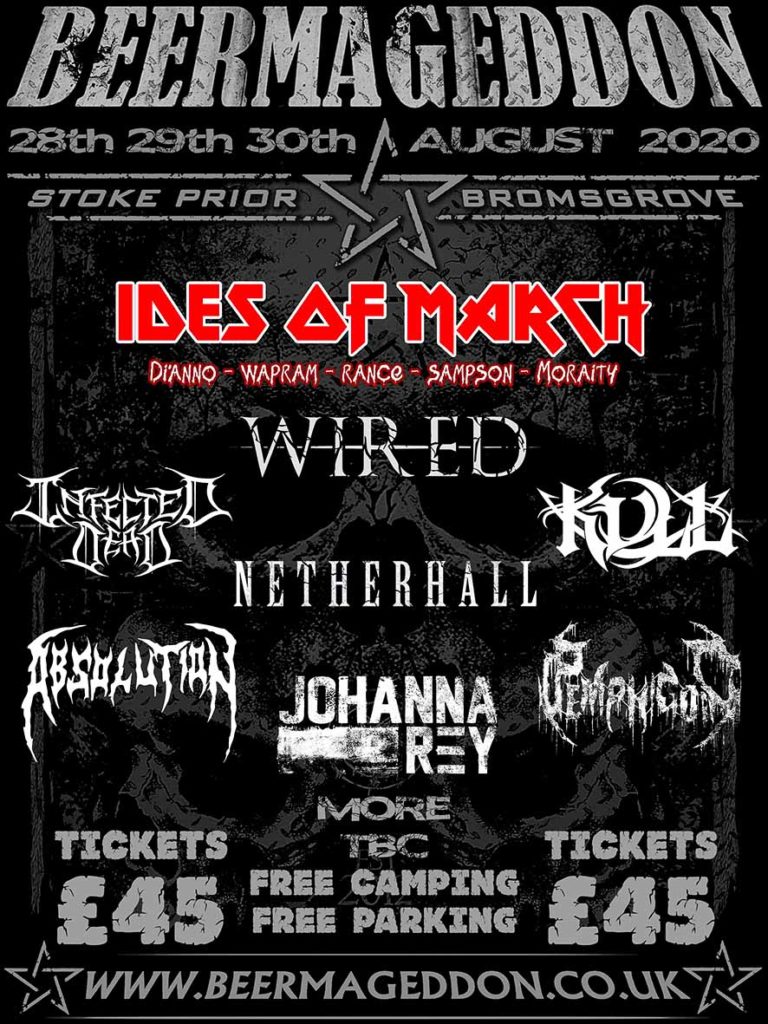