It was a typically quiet Tuesday for Plymouth at The Hub when local sonic death/sludge six piece Warcab hit the stage to a sparse crowd, mostly lurking in the shadows around the venue clutching beers. But anyone who arrived on time to catch any of their set would not have been disappointed.

The venue had filled somewhat by the time Israel’s Shreadhead hit the stage and having reviewed there second full length, ‘Death Is Righteous’, recently it was interesting to hear how well they translated to a live environment.

Their set attracted some positive attention from the now increasing masses, particularly the well delivered title track from ‘Death Is Righteous’ and you couldn’t help but notice that vocalist Aharon Ragoza not only has a “Phil Anselmo thing” going on in the vocal department but also in a visual and posturing way. 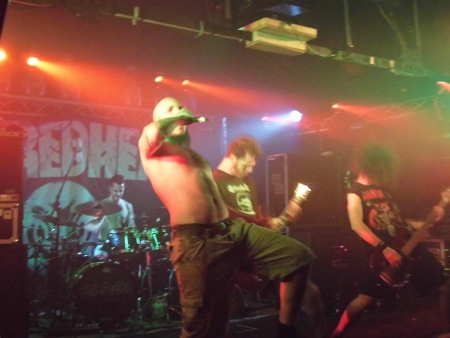 Special guests for the evening and for me, the high point, were Polish death Metal band Hate, who delivered, as they consistently do every time I see them live, a superb performance.

Opening to a pretty decent sized crowd with ‘Catharsis’ from 2008s ‘Morphosis’, the crowd where whipped up into a frenzy, particularly our local Polish population who are always excited to see bands from home.

This was one of those rare but essential times where “on the barrier” listening and viewing was compulsory for me, protected from the frenzy of the pit by the human wall, my trusty photographer Sam ‘Hagrid’ McDowall, normally an immovable force towering head and shoulders above the rest of the crowd but even he was slightly shaken on his foundations at one point in the fray. 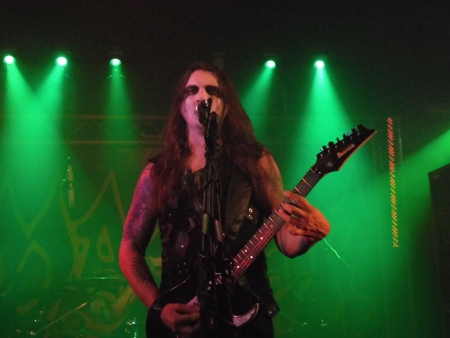 The set continued and included ‘Leviathan’ from ‘Crvsade:Zero’, ‘Alchemy Of Blood’ from ‘Solarflesh’, ‘Resurrection Machine’ and ‘Immum Coeli (Everlasting World)’ from ‘Morphosis’ with darkly charismatic vocalist Adam regularly checking we were all “With them!!”, but there was no doubt about the answer to that question.

Ending with ‘Threnody’ from ‘Morphosis’, Hate finished on a high note, leaving no doubt a lasting impression on everyone with their excellent performance.

For headliners, death/thrash quartet Vader I decided to retreat back a little, behind the main body of the pit, having had enough physically brutal excitement for one evening. 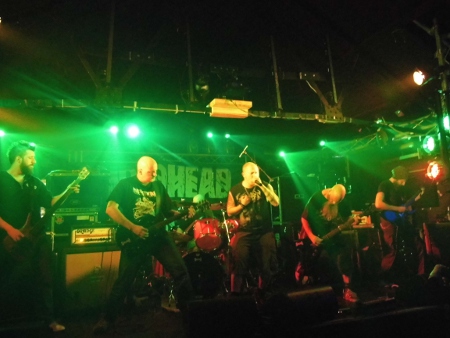 I had mixed feelings as to how their performance would pan out. On previous occasions their performances have varied but tonight they were on top form, opening with ‘Abandon All Hope’ from their latest album ‘Tibi et Igni’, which immediately went down a storm.

They continued to build on this with a great set which included ‘Reborn In The Flames’, ‘Decapitated’, ‘Triumph Of Death’ at the end of which chants of “Vader” echoed around the venue at which a smiling Piotr announced: “Now we can start the show!”

They continued with ‘Chaos’ and ‘Dark Age’, the opening track of the very first Vader album, ‘The Ultimate Incantation’, returning with ‘God Is Dead’ for their encore.

Another very positive difference this time was vocalist Piotr addressing the audience in both Polish and English, a gesture that did not go unnoticed and an effort that was greatly appreciated by the crowd. Overall a great evening!!