Bigfoot were a band that I hadn’t seen or heard of until the back end of 2014 when they appeared at a gig in Glasgow. 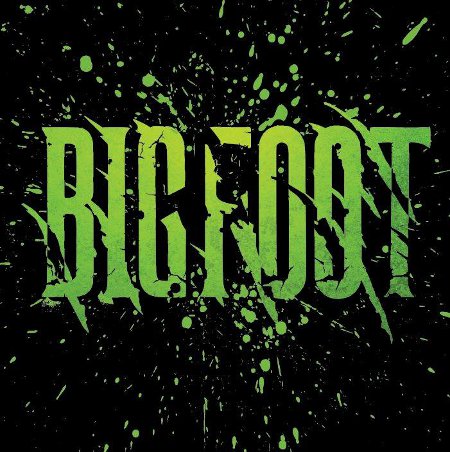 Having been together for less than a year, the band certainly aren’t hanging around waiting for the big time to call them, they’re out and about making waves in the touring circuit and this EP is their first foray into recording as a band, and brilliantly shows off how talented and versatile they really are.

The opening salvo is ‘Tie Me Down’ which is a slow paced number with front man Ant Ellis giving an what can almost be described as a bluesy performance – and a fine one at that. It seems like Ellis enunciates every word and gives a performance full of power and passion whilst the underlying guitar riff carries the song along. Having said that, there’s a great guitar solo from Mick McCullagh towards the end, but this is really a showcase Ellis and his exceptional talent.

‘Bitch Killer’ is up next, prefaced by a deliciously evil laugh from Ellis before it picks up the pace. Drummer Tom Aspinall lays down a solid and uncomplicated beat here whilst the guitar riff from guitarists McCullagh and Sam Millar is another memorable one.

The chorus benefits from some well done harmony vocals courtesy of Millar adding an extra bit of body to the sound, but it’s another great song and one of my favourites here. Again there’s a really great guitar solo split into contributions from Millar and McCullagh before the pace slows during the mid-section as the chorus comes through loud and clear.

This is one song that I’m looking forward to seeing the band play in their live set for a long time to come as there’s no doubt in my mind that this is a future classic track for the band. 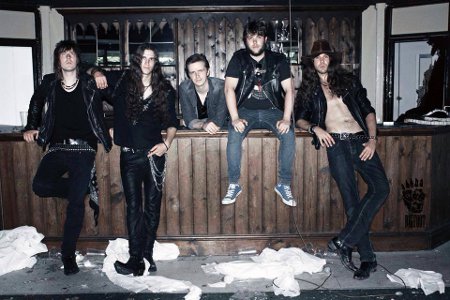 By the time you’re halfway through the EP, you probably think you’ve got a handle on where the band are coming from, but then they wrong foot you by slotting in ‘Come Down My Way’, which couldn’t be more different from ‘Bitch Killer’. ‘Come Down My Way’ is mostly an acoustic track with Ellis sounding soulful and putting on a performance full of feeling.

Aspinall’s drumming here is a sympathetic beat which carries the track along until the mid-section when the electric guitar takes over with a guitar solo that builds and builds before the track reverts back to the simple acoustic guitar that it started with. A great song showing they can do things a bit differently, and also a song that the band should be justifiably proud of.

The EP closes with ‘The Other Side Of Paradise’ which is another good solid number. The relentless guitar riff chugs away in the background before Aspinall holds the middle section together with his drumbeat before the power chords take over the track. If this doesn’t get a live audience clapping along, then I’ll be very surprised!

At the end of the day, though, it’s another quality track on this well put together EP. Let’s hope a full album release from the band isn’t too far away.

‘Bigfoot’ EP Tracklist:
Tie Me Down
Bitch Killer
Come Down My Way
The Other Side of Paradise 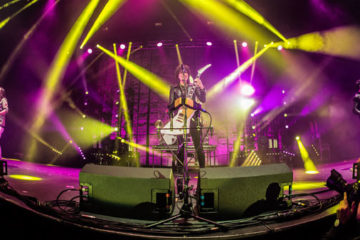