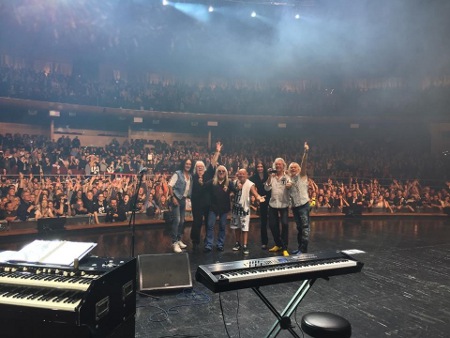 Uriah Heep played a highly successful show in Moscow last night (Thursday 15th October 2015) as they were reunited for one night only with Ken Hensley and Lee Kerslake in an unforgettable evening for fans of the band.

Uriah Heep are still rightly regarded in Russia as one of the biggest ever heavy rock bands along with Led Zeppelin, Deep Purple and Black Sabbath and were also one of the first ever rock bands to perform live in Russia back in 1987 when they played ten consecutive nights to over 180,000 people.

Ken Hensley was a founding member of Uriah Heep in 1970 after the band had changed their name from Spice. Hensley was Heep’s principal songwriter who wrote many of their classics and stayed with the band for their most successful period between 1970-80.

Drummer Lee Kerslake joined Uriah Heep in 1972 for their fourth album, ‘Demons And Wizards’, which many fans claim to be Heep’s best album. He retired from the band in 2007 due to ongoing health issues. 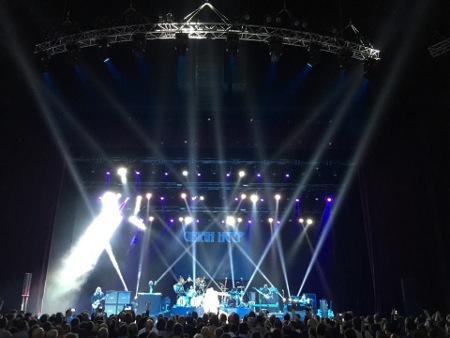 Last night was a chance for Russian fans to relive the golden years with a set list that drew songs from Uriah Heep’s most commercial peak between 1970 with set opener ‘Gypsy’ from their debut album ‘Very ‘Eavy… Very ‘Umble’ right through to the John Lawton era with songs such as ‘Wise Man’ and ‘Free Me’ which were both global hits in 1977.

You can read the mouth watering set below.

There are no others plans for any other reunion shows as yet. The current line up of Uriah Heep will be touring Germany soon in promotion of their last studio album ‘The Outsider’.

Uriah Heep will also be releasing ‘Totally Driven’ in November which features new recordings of many Heep classics. 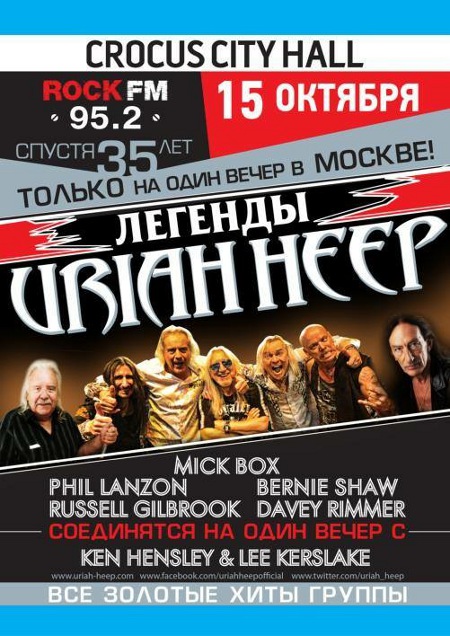