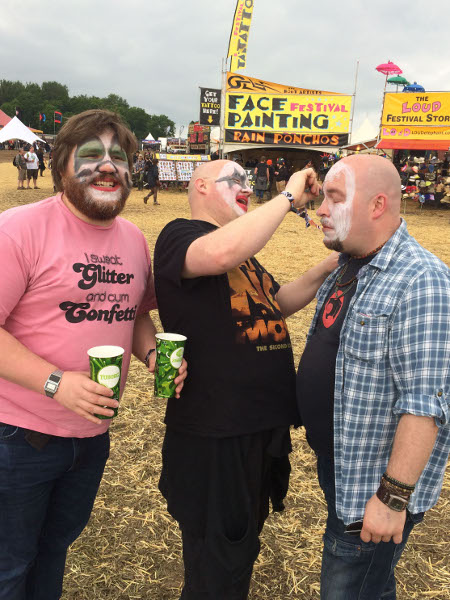 Last weekend thousands of Metal fans gathered at Castle Donington for the annual Download Festival, this year headlined by Slipknot, Muse and Kiss.

MetalTalk reported just as the event kicked off (here) on how Leicestershire Police Force had decided to use the Download Festival at Castle Donington as part of a trial run for their new surveillance system known as NeoFace.

This is an integrated system of facial recognition cameras that can match faces in the crowd with those on a European database of known troublemakers and thus aid the police in making arrests. Some believe it is also an intrusion into their privacy and right to free movement.

Some angry Metal fans ranted on Facebook and Twitter in Orwellian tones about “Big Brother” watching over them. Some deliberately turned their faces from the cameras.

The legions of Kiss fans known as the Kiss Army simply smiled and did what they always do. After seeing the MetalTalk article, one of the leaders of the UK Kiss ARMY, Dan Griffiths from Aberystwyth in West Wales, posted on the Thursday evening:

“Neoface facial recognition system? Might wear some Kiss makeup then!” 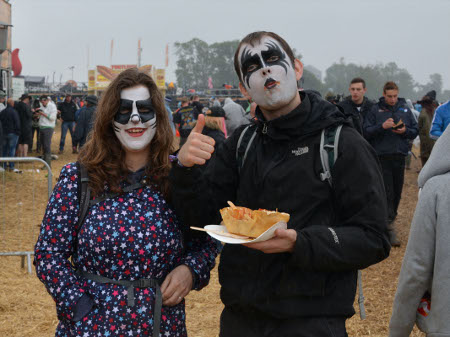 And thus it began. The Kiss Army made a mockery of the so called facial recognition system with their traditional war paint.

Who are these people pictured in this article? Members of Kiss? Fans of the band? Known troublemakers and terrorists posing as Metallers? You can probably tell the difference, but could the camera? 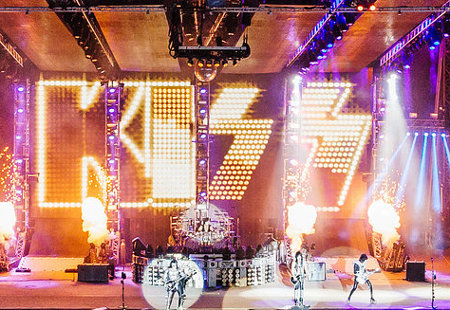 How much of the tax payers’ money did Leicestershire Police waste on this ill thought out exercise?

Any fool could have told them that a facial recognition test at a Kiss concert wouldn’t even tell them who was onstage, let alone who was in the crowd. 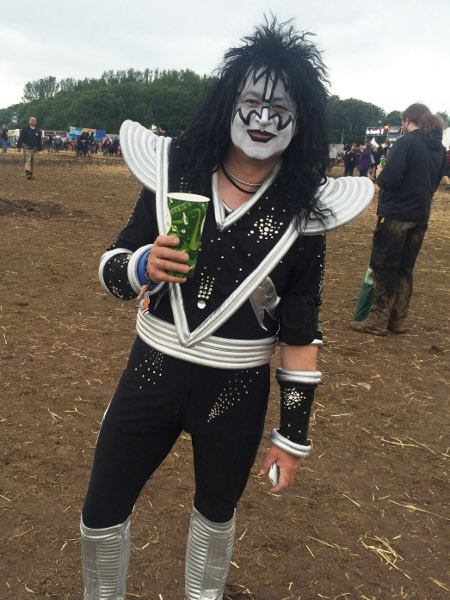 At the time of going to press Leicestershire Police were unavailable for comment on the success or failure of the exercise. 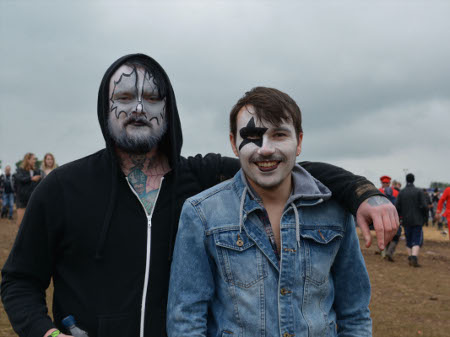