Leeds based four piece Chasing Dragons have been around since 2011 sharing stages with Pendulum, InMe, Death Angel and The Dead Lay Waiting amongst others. 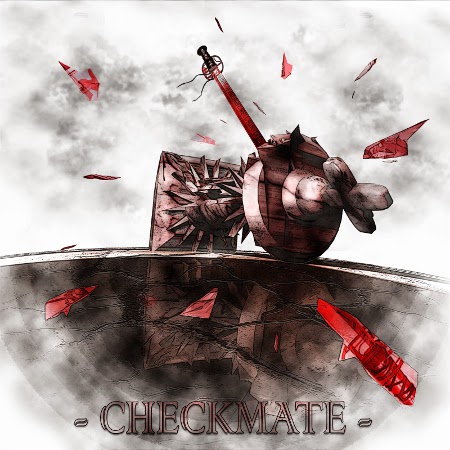 ‘Checkmate’ is their latest record and despite being only six tracks long, this is well on its way to becoming one of my favourite EPs of 2014.

‘Prelude’ kicks things off with its subtle sound effects of water and a ghostly wind as the whispered vocals of Laurie Carnan (aka Tank) are added to the mix. The drums and chunky guitar riff come in almost swamping the vocals and end up giving this track a different feel from every other song here. By some margin is the shortest track on the EP, and (as the name suggests) it’s linked to the next track, ‘Throw Down Your King’ but it could also stand on its own as a sonic experiment because it works, and works really well.

‘Throw Down Your King’ itself is a fast and furious track and shows the abilities of this band early on. The addition of the backing vocals gives this some extra depth although I’m not sure if the expletive part way through is entirely necessary as it certainly doesn’t add anything to the song, but that’s a minor quibble. The guitar riff from Mitch Sadler is so tight and heavy in the middle section and drummer Katie Bullock shows her talent as the drum fills are more than a match for the frantic guitar riff.

Likewise, ‘That’s Not Love’ is another up tempo track with Bullock really driving the song as Carnan shows her prowess behind the microphone really holding onto the first note for as long as she can, showing how good she can really be. Sadler (arguably) has one of his best performances here with his busy solo but it all holds this energetic song together. Having said that, it might have some downbeat lyrics but this song doesn’t wallow in self pity.

Current single, ‘Broken Jaws’ is well chosen as an introduction to the bands work, with the drumming coming across well as the guitar riff almost takes a back seat, but is still a great riff. The mix of Carnan and Sadlers mixed vocals in the chorus works really well and gives the song an extra little something but it’s never over-played. The middle section has the guitar riff coming to the fore before a slower section towards the end breaks the momentum slightly but again, this is a minor quibble on my part because it’s still essentially a great number.

‘For the Sake of Murder’ is much slower in tempo and really gives Carnan the chance to showcase her vocals as she takes she moves through a couple of different styles within the song before showing how powerful her voice is once again by holding on to the extended note without wavering at all. Sadler’s guitar solo is well laid out and well executed and the addition of some backing vocals shouting a simple ‘Hey’ could be used well in a live environment, and overall it another good track. 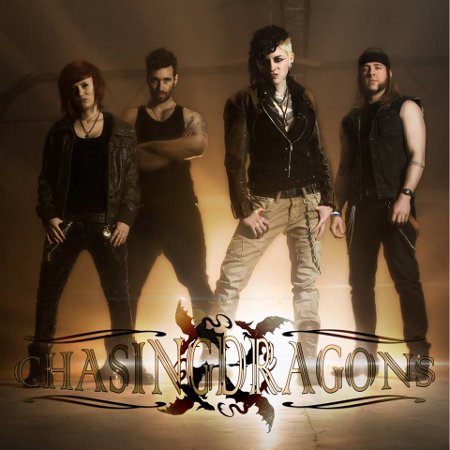 For me, however, the icing on the cake here is ‘The Last Defence’. By some margin, it’s the longest track here and it’s totally different to anything else on the album. A subtle piano Intro is accompanied by some great harmony vocals whilst Carnan sings the main verses. The track is slow in tempo at the beginning, but the pace soon picks up with the addition of the drums which build as the track progresses, as does the pitch of Carnans voice as she makes her way towards the chorus which is a tour de force for her.

The guitar solo is thoughtful and measured and just adds an extra little something to an already great song. There’s only one way to describe this number – absolutely fantastic from start to finish, and the band should be justifiably proud of what could well be a classic in the making. I really hope this is part of their live set list because this would be an ideal set closer, and in that respect, they would be keeping the best till last.

Like I said, this EP might only have six tracks on it, but there is no filler material here and all these tracks are really good. I’m looking forward to hearing more from the band in the future either on record or live on stage and will be keeping a close eye on them in the future.

Set List:
Prelude
Throw Down Your King
That’s Not Love
For The Sake of Murder
The Last Defence
Broken Jaws

You can see the official video for ‘Broken Jaws’ here:

COVERDALE AND HUGHES, NOW SCHENKER AND BONNET - WHAT A GREAT WEEK FOR ROCK