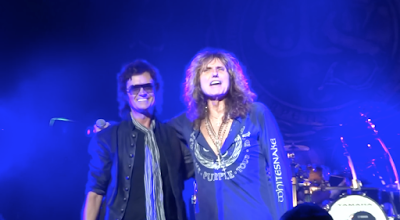 This past week has truly moved me. The week saw not one, but two of the greatest combinations in hard rock history reunited amongst hugs, love, respect and loud, beautiful music.

First we saw David Coverdale reunited with his partner in The Unrighteous Brothers, his Deep Purple bandmate Glenn Hughes, onstage at the Saban Theater in Beverly Hills, California on Tuesday June 11th (last seen onstage together in 1976) and now we have videos coming in from Osaka, Japan wherein we see another amazing duo, Michael Schenker and Graham Bonnet, reconvene for the first time in 33 years.

Never say never, they say, and both reunions were not just wonderful, they also make me pine for more of the same. I have had the privilege to speak and know all four of these characters a bit and all rock ‘n’ roll excess and controversies long since left aside, I’ve heard all four express their love and respect of their old partners and never a negative word.

Having now seen them all together again onstage, I can’t think that I’m alone in wishing, as a fan and curator of rock, that these titans of rock would somehow find a way to make some more music together in the autumn of their astonishing careers.

I had a very log conversation with Glenn Hughes backstage at a Black Country Communion show back in 2011 and we spent a good bit of that time talking about how much he enjoyed singing and playing with Coverdale in Deep Purple. He spoke of those times with a reverential glee in his eyes, but he frankly wasn’t sure that he’d ever get to share a stage with his old friend again, even though they remained in regular contact.

When I spoke to Coverdale a year later, we began our conversation talking about Mr Hughes, and the tone of David’s words was steeped in reverie and love. 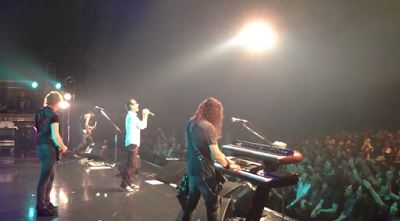 Well, when you watch the videos of Coverdale and Hughes crooning and belting their way through a few old Deep Purple chestnuts, you’ll not only be smiling at the genuine feelings being displayed, you’ll also be astounded by how good they sound singing together after all these years.

They haven’t lost any of the simpatico nature of their duo tones – never in hard rock history has a band so effectively featured two lead voices, and it’s an act that has only been matched by Lennon/McCartney, Jagger/Richards, and Daltrey/Townshend in rock history in terms of sheer musical muscle. It’s impossible for me to watch this and not want to hear more. 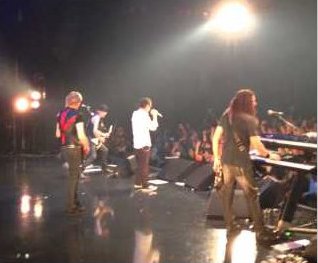 I fully realize that everyone is busy with very successful careers of their own, but this was almost just too damned special to not have me say: “Guys – we could sure use some more of this before the party’s over”.

Michael Schenker and Graham Bonnet never got to realize their act together in the early eighties and without rehashing the details, it’s safe to say that both men have long since moved on from those treacherous days in the trenches.

Michael Schenker is currently on tour in Japan with his very popular Temple Of Rock outfit, and some wise promoter was savvy enough to contract the new Graham Bonnet Band as the tour support act. Schenker and Bonnet’s work together is legend amongst both men’s fans and hard rock aficionados. To see them onstage together is a fabulous treat. 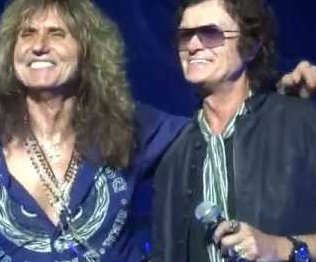 To finally see these four legends together onstage is a sight for sore eyes. Fans on the various artists web pages and social media sites have been wildly enthusiastic about both of these reunifications, and it begs for future sightings. Rock ‘n’ roll is alive and well, and being played on stages around the world, and things like this suggest possibilities (however remote) of these guys finding a way to work together in the future. Perchance to dream, rockers.

While the Schenker/Bonnet reunion may be the lesser in size and scope, the love I’m hearing from their fans is awesome in the word’s truest sense.

The matter of Coverdale, Hughes, and yes, I’ll now say it, Ritchie Blackmore, is something that must be seriously considered. It not only seems, it sounds like the best option the ‘man in black’ may have to re-enter the rock world with the appropriate impact.

Let’s not make it just about money, let’s make it about the music and the fans… I realize everyone is successful in their own right, but no one alone is as strong as these combinations. Can you just imagine the festivals? The records? The mind boggles.