Melodic rock fans jumped for joy when FM reformed for the Firefest in 2007 and the band delivered the goods with their comeback album ‘Metropolis’ three years later but it has always been the debut album ‘Indiscreet’ that the fans have held in their collective hearts. It is said by many to be the finest AOR from any British rock band.

Originally released back in September 1986 when most of the nation was dancing to Jimmy Sommerville’s Communards ‘Don’t Leave Me This Way’ at the number one spot and as for the rocks fans who liked radio friendly rock, it was the Americans who ruled with bands such as Journey, REO Speedwagon, Night Ranger and that pretty boy Jon Bon Jovi was just about to send all the girls’ hearts racing along with Joey Tempest of Europe. But us Brits had the best kept secret in FM.

The atmosphere in the O’Neils pub adjacent to the Empire before the gig was electric with many fans meeting up with friends old and new with some travelling the length of the country just to be here on this special night to celebrate the 25th anniversary of ‘Indiscreet’.

It was also great to see some dedicated fans still proudly wearing their infamous original FM t-shirts with the pink logo in big broad letters blinding anyone who dared to have a glance. Two of those who were wearing this prized sexy items were my fellow journo hacks Andy ‘King of the Mullet’ Nathan of GRTR! and the self confessed FM nut Dave Ling. They both went home single though. I would’ve been wearing mine hadn’t it not been stolen from my washing line back in 1991 (I kid ye not), but I did wear a flowery pink shirt in FM’s honour.

Deborah Bonham graced the stage first and bravely performed five brand new numbers from her forthcoming fourth album ‘Spirit’. Despite suffering from a cold Bonham still had the lungs to fill the Empire right up to the third level. It was good to see her on a grand stage where she belongs and the band received a polite reception from a crowd who would not be too familiar with her works. Bonham has a warm nature about her and on songs like the bluesy ‘I Need Love’ is where she works best.

Romeo’s Daughter supported FM way back on the ‘Tough It Out’ tour and it wasn’t just the fans where love blossomed. Leigh Matty still has the looks to die for as the band played a set consisting of half old and new songs from ‘Rapture’. The Empire was lapping it up by the time of the dreamy ‘I Cry Myself To Sleep’ and the rocky ‘Wild Side’ a song that Heart would later use for their Mutt Lange produced ‘Brigade’ album. 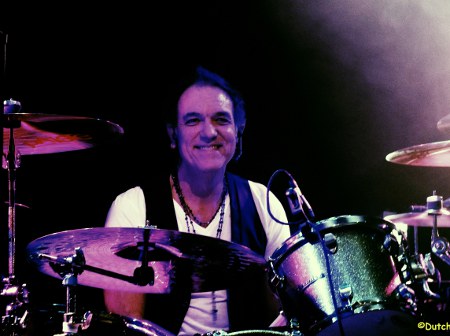 But the night belonged to FM. Leading up to this gig the band members of FM were unsure as to either play the ‘Indiscreet’ album in full in one whole unit or to divide it into sides one and two with loads of other material in between. Thankfully they decided on the former.

Coming onto the stage to the theme tune of the ‘Pink Panther’, Steve Overland struck the first few chords of ‘That Girl’ and immediately the Empire was up on their feet where they remained for the rest of the evening for a night of unashamed nostalgia.

‘Loves Lies Dying’ was performed for the first time on these dates as Overland stated: “I can’t even remember writing it, let alone playing it”.

The only change to the original running order was that ‘I Belong To The Night’ was next, swapped with ‘Frozen Heart’ to make the gig run a little easier (in fact they played the American sequence of the album). I had forgotten how much ‘American Girls’ was a good, happy uplifting song. It would surely have been a massive hit if written by our American cousins. 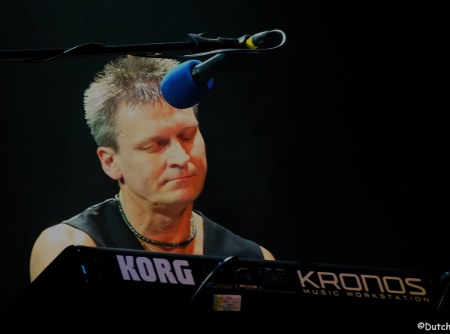 The opening words to ‘Face To Face’ were sung by the audience and is another prime cut that has bettered with age and saw Jem Davis come out front with his Eddie Van Halenized keytar. Once ‘Frozen Heart’ and ‘Heart Of The Matter’ had passed I suddenly realised that the album ‘Indiscreet’ had flown by so quickly that I thought that they had missed some.

Yes the golden age of vinyl – OK, some yuppies had it on CD at the time – fourty minutes had smacked my memory bank bringing back so many joyous memories not only of FM, but memories of listening to that album in my car with the wind in my hair and not a care in the world enjoying the days of teenage love.

Although FM have got some mighty fine new material I’m glad to see that for tonight only the nostalgia continued as they performed ‘Dangerous’, an old Marquee favourite that was a live B-Side of the original release of ‘Frozen Heart’, followed by the single only release of ‘Let Love Be The Leader’, a single which I bought at the time in a limited boxset complete with individual signed photos of the band which I firmly stuck on my wall. 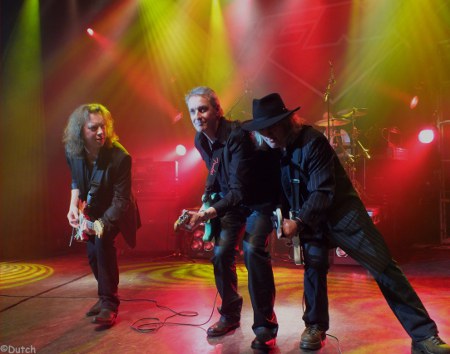 There was more to come as FM played half of the second album ‘Tough It Out’ including the Desmond Child co-penned ‘Bad Luck’, another single that should’ve been a massive Stateside smash hit if only FM were Yanks.

With an encore of Rod Stewart’s ‘Hot Legs’, another Marquee favourite that was included on the double single of the re-release of ‘Frozen Heart’, I couldn’t have put together a better set list for tonight. It was magical. Already a contender for the gig of the year.

It was way gone the other side of midnight before I stopped singing the praises of FM after this show. I enjoyed myself so much that the next day I bought myself a padded shoulder jacket and booked myself into the barbers to have an Overland mullet.

The 80s really were the best. 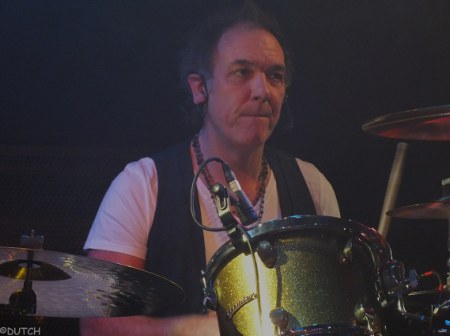 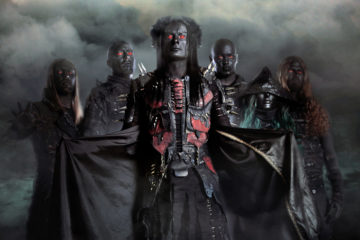