Storm was a visionary genius rather than a hands-on artist. He didn’t paint the pictures or take all the photos personally, rather he created concepts for albums that were ground breaking, revolutionary and instantly memorable. His works sometimes reminded me of Dali but through the medium of seemingly impossible photographs. 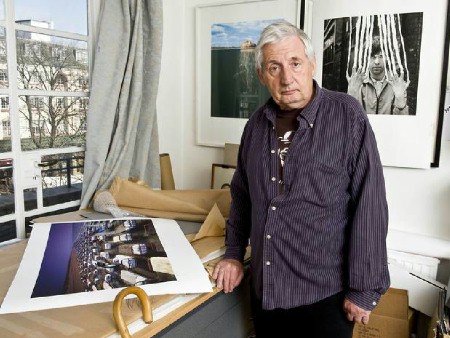 For these images Storm and his team, Hipgnosis, actually had to make what the camera saw. There was very little trickery involved.

He made his most famous works long before computers or Photoshop were invented. Now it might be relatively easy to blend in some flames onto a picture of someone. Back then Storm actually set a guy on fire for the cover of Pink Floyd’s ‘Wish You Were Here’ album. 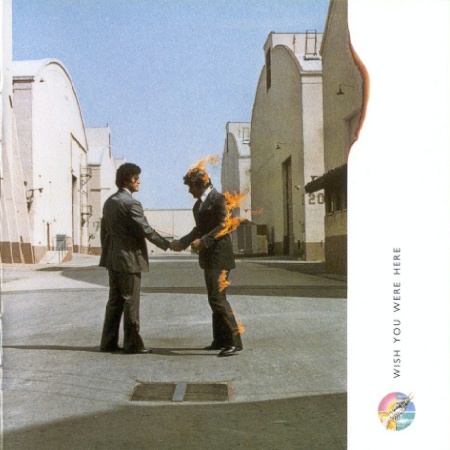 The image was a grim statement on the music industry. The guy in the suit will still shake your hand while you’re being burned.

But on the bright side it also means that Storm actually stuck bubble gum on this lady’s breast for The Scorpions’ ‘Lovedrive’ album. Storm later said: “I thought it was funny”. 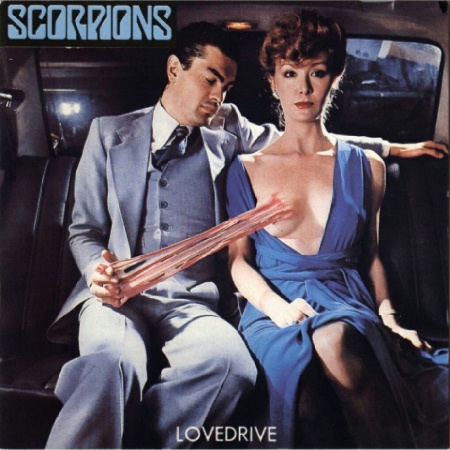 Buried teddy bears, women made of onion, a man made of jigsaw pieces, a sheep on a couch at the seaside, Storm did them all. There was no end to his imagination or drive to create. 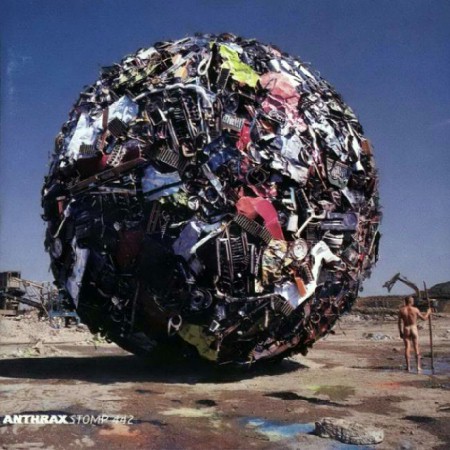 I often wondered if this was originally his take on Bruce Dickinson’s ‘Balls To Picasso’ album having two of Storm’s favourite themes, circles and surrealism, in one title.

Storm did do the album design for Bruce’s ‘Skunkworks’ album, which I had the pleasure of playing bass on. His concept for the cover was two brain shaped trees on opposing banks of a lake shaped like a face. It was a great idea.

Like all of Storm’s ideas it was totally original and I had never seen anything like it before.

And like all of Storm’s ideas it had to actually be done in real life. In fairness they were going to duplicate the same image opposing itself so they only had to make half of it for real. 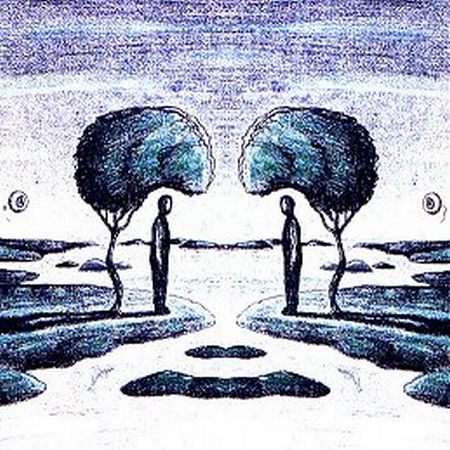 Storm’s Sketch of how the ‘Skunkworks’ album might look.

Storm’s team of artists and photographers set to work. They made a fake tree in the shape of a human brain. They realised the chances of finding a real brain shaped tree in the wild were limited.

Then they took it up to Scotland along with a chap in a suit who went by the curious name of Alton Omer to find a lake shaped like half a face to photograph them both with.

At the time it didn’t seem to have been taken into account that finding a lake shaped like a face (or even half a face) might be as hard as finding a tree shaped like a brain. So instead the photographic team braved sub-zero temperatures at Rannoch Moor for days on end to photograph a very nice lake.

It was in fact one the nicest lakes I’ve ever seen and it had an island in it. But it didn’t look like a face. Never mind, it is such a nice lake and “half an idea is better than none” as Storm himself said about the project in his book ‘Eye Of The Storm’. 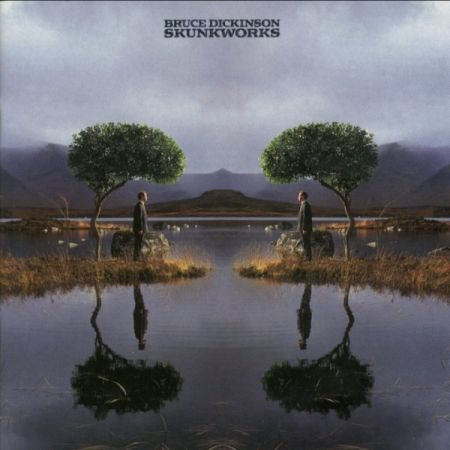 I met Storm a couple of times while he worked on the project. He didn’t simply design the font cover, he made several variations of it for single and live releases, created the intricate mirrored interior artwork and oversaw a couple of photo sessions with us.

What happened was that when we’d finished recording the ‘Skunkworks’ record we were told that we had some time off before its release. I planned not to frivolously waste the time and instead took the opportunity of booking flights to Amsterdam with my girlfriend at the time. We’d probably see the Van Gogh Museum or something cultural like that.

It was only after booking the tickets and re-reading my Dutch phrasebook that I got a call from the management saying that Storm now wanted to do a photo session that week.

I begged and I pleaded with them but it couldn’t be changed so I reluctantly had to call off the holiday. The girlfriend wasn’t best pleased, I was wasn’t pleased at all and to make it worse I couldn’t get a refund on the flights. B*******!

So anyway Bruce, Alex Dickson and Alex Elena and I went along to the photo session, looking our very best. Storm was there and greeted us keenly. He had some new really original ideas for this session, he told us. He was going to be playing tricks with the light and making us out to be some kind of mysterious, possibly alien creatures. It sounded fascinating.

He had us lined up in strange poses against a white backdrop. His assistant took the photos on a tripod mounted camera while Storm directed and choreographed everything, checking the view through the lens frequently. Eventually he showed us the results with some pride.

We were morphed into unrecognisable black blobs. It looked… curious.

“You see?”, Storm smiled, “Nobody would even know it was you. That could be anybody there!”

“Yes, it could be anybody and I could be in b***** Amsterdam!” I wanted to scream but instead I put some kind of frozen grin on and bit my tongue. 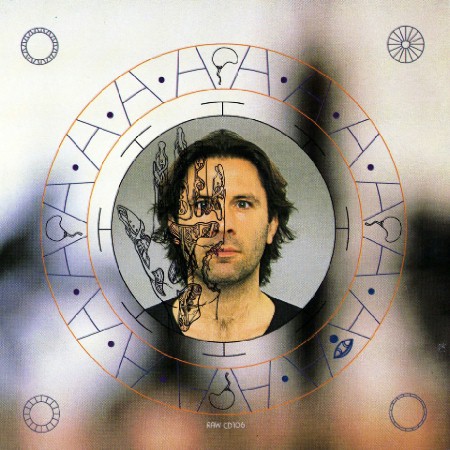 One of the Inside Panels of the ‘Skunkworks’ album

That’s us in the background. Your guess is as good as mine as to who is who and I’ve still never been to the Van Gogh Museum!

Doro and Massive Wagons to headline Rockin’ The Bowl 2021 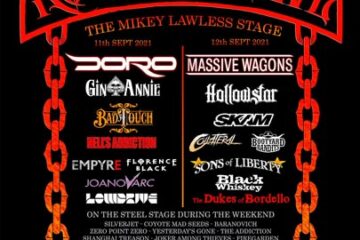