It’s probably safe to say Dublin’s Academy is most likely as big as its going to get for Airbourne from now on when they visit the Fair City. Although they’ve frequented bigger rooms in the past like the Olympia Theatre and the Ambassador, it’s the 750 capacity venue on Middle Abbey Street that’s been their Irish residence for the past three visits.

But let’s face it, a sprawling arena full of latecomers clutching overpriced popcorn and elasticated hotdogs is not a fitting environment for the Melbourne boys.
And after just completing a lump of hefty European festival dates, the comfort of a tight clammy venue where you’re worshipped for ninety minutes was no doubt a welcome one. 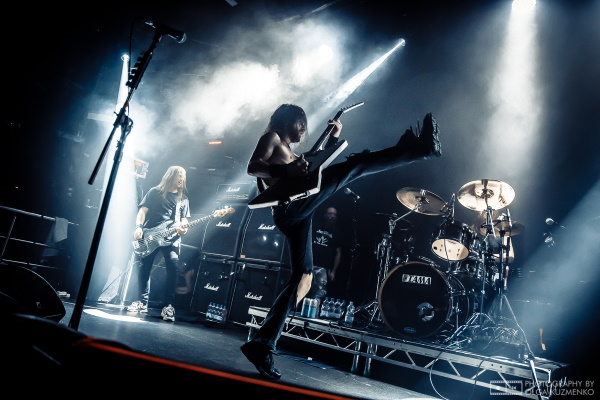 Like every Airbourne show the anticipation is palpable. It’s akin to a hand grenade being rolled in a room awaiting explosion, only instead of having your head and other body parts being blown to bits, your eardrums take the full impact.

At 9.15pm sharp, the droning sound of the Terminator 2 theme engulfed The Academy, and Captain Joel O’Keefe emerges like a caged animal, wild eyed and bareskinned, looking like a man who has just been told the future of rock’n’roll hedges on tonight’s performance. 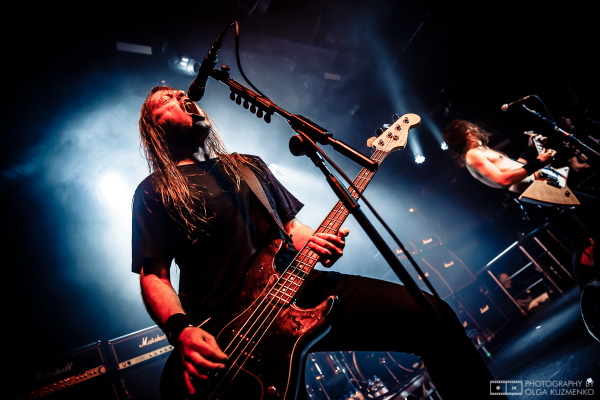 As far as opening songs go, ‘Ready To Rock’ and ‘Too Much, Too Young, Too Fast’ are as pulverising as they come, and they pulled the pin on this gig and let out an almighty bang. With a new album scheduled for a late October release, the rousing ‘Boneshaker’ gave a little taste of what’s to come, and it lived exactly up to its title.

With just three songs in some may have thought this gig’s temperature was still a little low. Well if this was the case then oldie ‘Girls In Back’ ramped the gauge right up. As O’Keefe mounted the shoulders of his loyal and obeying roadie, and rampaged through the sea of clenched fists, the world and it’s mother knew what was coming next. 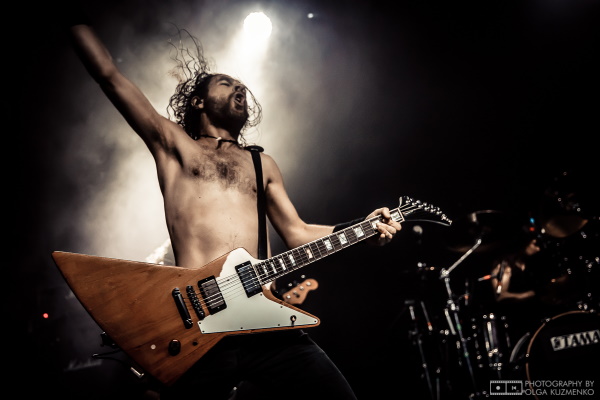 No matter how many times he cracks that beer can off his skull it never gets boring, and with free “gargle” spraying into the mouths of thirsty Dubliners, this gig was only ever going to be carnage from here on out. ‘Breakin’ Outta Hell’ and ‘Heartbreaker’ brought proceedings to a feral level. Mosh pits are generally reserved for those young enough not to know any better, but when you see burly punters in their fifties ploughing into anything that moves, you really see the tribal effect this band has on their fans. 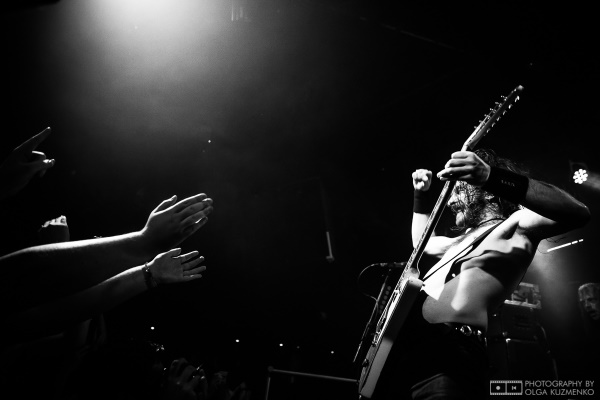 As they did on their last Dublin appearance, ‘Its All For Rock’n’Roll’ saw a glass raised to the biggest hellraiser of them all, the much missed Lemmy Kilmister. But this was no half-hearted toast, O’Keefe virtually filled a plastic pint glass with Jack Daniels topped with a smidgeon of Coca Cola, took a gulp, then passed it to the crowd where it was shared about like a Tennessee Whiskey soaked peace pipe.

Ten songs in the main part of the set might seem a bit of a paltry return, but for seventy-five minutes these boys didn’t stop. O’Keefe’s energy had the walls shaking and Matt Harrison and Justin Street regularly traded stage positions like tag team wrestlers. 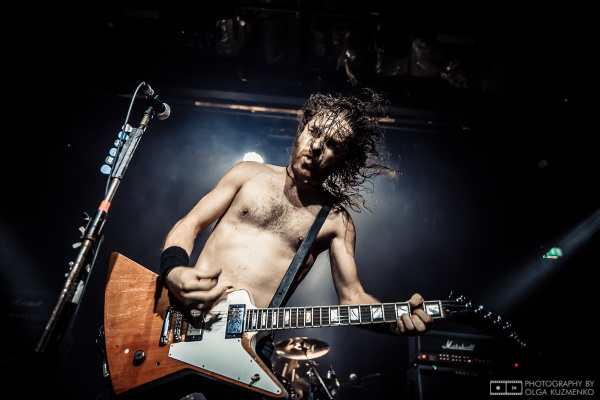 Once again a pure and flawless performance from the rambunctious blunt instrument that is Airbourne, Aussie Rules Rock’n’Roll at its sweaty best. 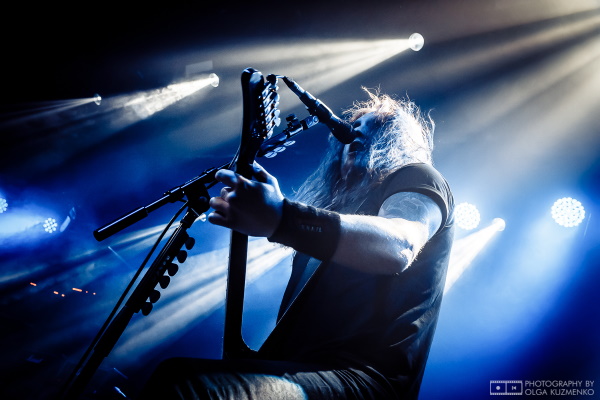 Setlist:
Ready To Rock
Too Much, Too Young, Too Fast
Boneshaker
Girls In Black
Rivalry
Heartbreaker
Bottom Of The Well
Breakin Outta Hell
It’s All For Rock N Roll
Stand Up For Rock N Roll

Encore:
Live It Up
Raise The Flag
Runnin Wild 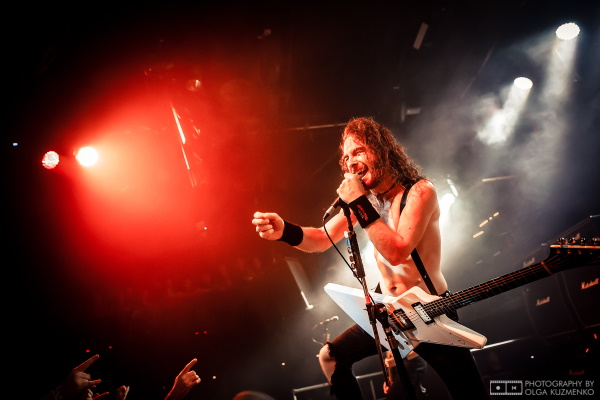