Formed in 2019 but with a line-up pedigree that goes back thirty-five years, Yoth Iria is the brainchild of Greek Black Metal veterans Jim Mutilator (Dimitris “Jim” Patsouris) on bass and The Magus (George Zacharopoulos) on vocals.

Both are former members of Rotting Christ, and both have helped to shape the Greek Metal scene over the years, and they continue to do so with this, their debut full length studio album, ‘As The Flame Withers’.

‘As The Flame Withers’ is an eight track forty-seven minute offering that is as emotively majestic, as it is dark and powerful. It follows their EP ‘Under His Sway’ which was released digitally twelve months ago and they are joined once again by John Patsouris on keyboards and guest musicians George Emmanuel on guitars and J.V. Maelstrom on drums.

I heard some of the debut EP last year, which blew me away and since then I have been eagerly anticipating this release. 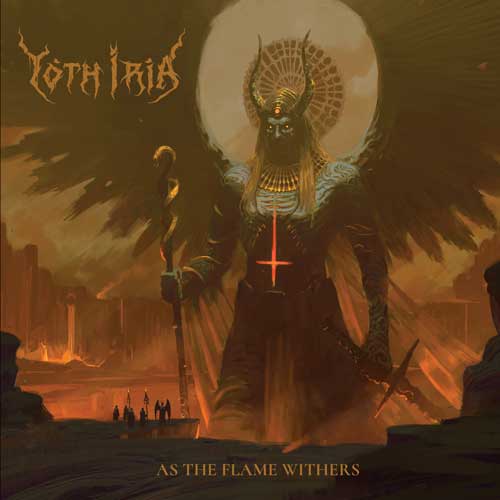 Now the full album is before me, not only has it surpassed my expectations, it left me momentarily lost for words. However three listens through and I finally feel I can attempt to do justice to, what for me, is a musical masterpiece.

‘As The Flame Withers’ is described as “A fresh look into ’90s Greek occult Black Metal with a nostalgia of the past and a glance into the future”, which it is, but that only begins to scratch the surface of what is actually going on here.

The vocals manifest as a blackened rasp, delivered with clarity of content and are the perfect conduit for the occult themed lyrics. The keyboards do not sound like obvious keyboards, they have a subtle presence that adds a sometimes beautiful, sometimes sinister and haunting, but always mystical atmosphere to the tracks and there is definitely a rekindling of that “Hellenic Black Metal” aspect to the guitar sound, which I had thought lost in the mists of time. There is also a very subtle gothic/doomy undertone occasionally.

The melodies are often surprisingly uplifting for Black Metal, which makes the tracks strongly engaging and emotive as well as very accessible.

Favourite tracks?… Oh, I’m not even going to try to attempt that decision. From the driving, up tempo of the opener ‘The Great Hunter’ with its magnificent second half leadwork burst which fires up the soul and ignites your inner black flame, to the hauntingly ominous closer ‘The Luciferian’ which sends a chill down your spine, it is a tough ask.

Also there is the spine chillingly theatrical opening on ‘The Mantis’, which flips into a blackened chugging delivery with an addictive repeat and is completed with soaring lead bursts.

Then on ‘The Red Crown Turns Black’ you get a contrast of a predominantly dark, intense and exotic edged repeat, melded with more reflective bleak elements, each of which bolsters the other to great effect, culminating with a searing scream.

‘Unborn, Undead, Eternal’ is hauntingly dark with it’s contrasting leadwork and ‘Tyrants’ is superbly punctuated in not just the lyrical delivery, but the precision with which the riffs and drum rhythms are also delivered and melded together with a beautifully haunting melodic element.

All of which amounts to a deceptively powerful, superb and flawless listen.

With well-considered construction to each track and with a delivery to match, it is executed with first rate musicianship, culminating to make a very impressive listen end to end.

‘As The Flame Withers’ was recorded and completed at the famous Pentagram Studio with George Emmanuel (Rotting Christ, Septicflesh, Lucifer’s Child, Acherontas etc).

The artwork was completed by Harnasash Singh who was also responsible for the EP’s artwork. 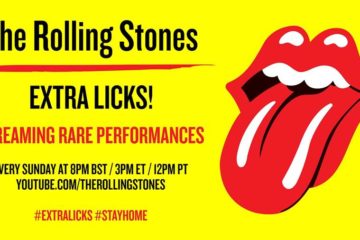