Thunder will release their thirteenth album ‘All The Right Noises’ 12 March 2021 via BMG and this morning they have shared the first single from the album. ‘Last One Out Turn Off The Lights’ can be heard below or on MetalTalk’s Soundcloud Tracks of the Week Playlist.

Luke Morley told MetalTalk: “All the songs were written and recorded pre-COVID-19. But it is interesting how if you look at some of the tracks through the prism of COVID-19 they still make a lot of sense.” 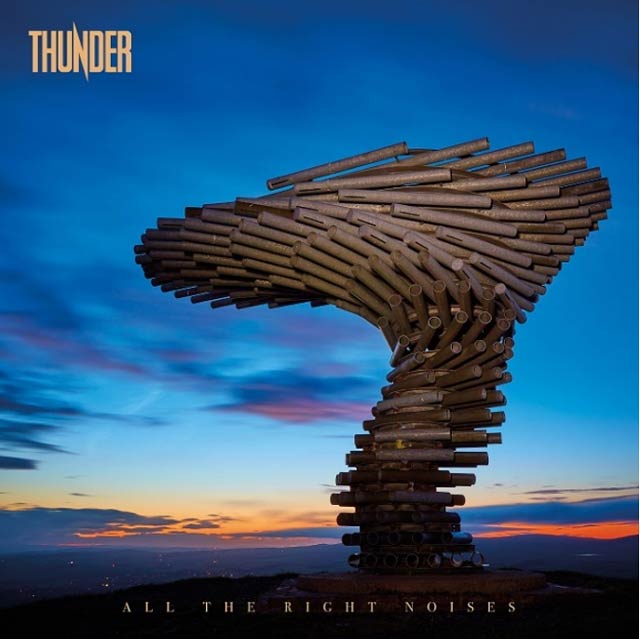 The band’s 30 year career has been built around the friendship of Morley and Danny Bowes, whose vocal style has given a unique leaning to some of the greatest British Rock songs written.

‘Last One Out Turn Off The Lights’ could be a COVID-19 themed song, but, as Luke tells us: “That was directly about Brexit, but you could apply it to everything else.”

The album marks a return to the Hard Rock style we all love and follows on from last years stripped back ‘Please Remain Seated’.

‘All The Right Noises’ tackles subjects including depression, mental health and diversity. The band also take aim at Donald Trump in a song written from his perspective and there is a song which Luke tells us is “Like the opposite of ‘My Generation” by The Who in its message.

The album will be available in 1CD, 2CD, 2LP, and 4LP formats, with the 2CD and 4LP releases containing bonus tracks.