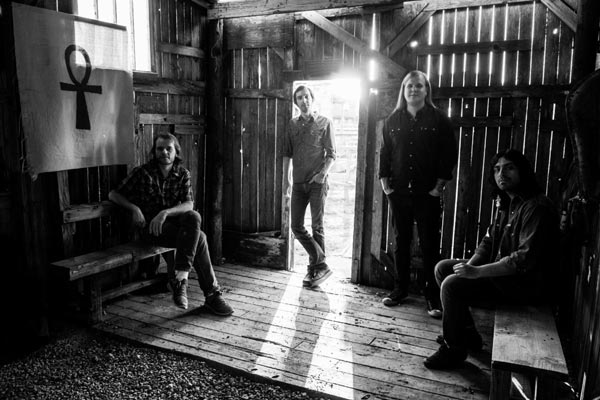 While this package contains fascinating covers of Metal stalwarts such as ‘Immigrant Song’ (Led Zeppelin), ‘Nasty Dogs and Funky Kings’ (ZZ Top), ‘She’ (KISS) and ‘Forever My Queen’ (Pentagram) as well as various B-Sides, it is the twelve live tracks which make this such a fascinating package.

Raw and thunderous, it is a delight to immerse yourself in these. The complex mix of the riffs and the dirtiness of the recordings evoke fond memories of different times. When John D. Cronise roars “laboring in the liquid light of leviathan” after the scintillatingly superb opening passage on ‘Lament for the Aurochs’, you are reminded what a great band this was and how the stage was the best place to witness these events. 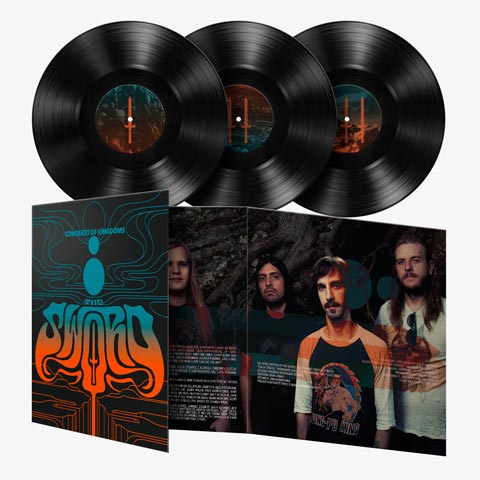 ‘Fire Lances of the Ancient Hyperzephyrians’ is a further cracking example of The Sword at their best. Fast paced and with technically solid instrumental parts, the song is so up and at you, that it is no surprise the band toured with the likes of Metallica, Lamb of God, Trivium, Kyuss Lives!, Opeth and Clutch.

The live tracks also include fans favourites ‘Iron Swan’ and ‘Freya’, the latter featuring blistering twin guitar lead breaks, is a fine example of The Sword at their Doom-like best – “Here on the battle-plain. We will die in flame”. 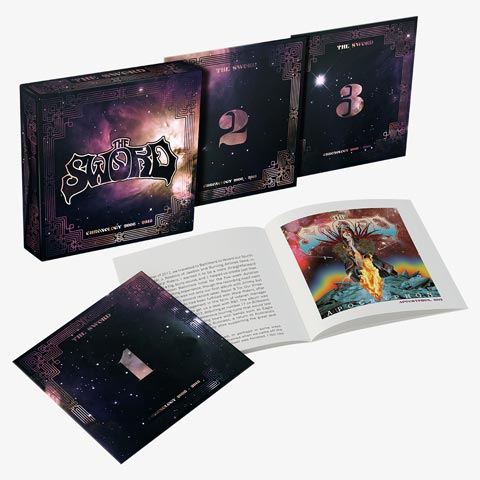 Mark Morton: “The Sword was a band I had been waiting for… a band that I wished I was in… a heavy blues, acid rock, psychedelic, intergalactic riff paradise. In my estimation, The Sword was the perfect blend of Black Sabbath, Blue Cheer, Cream, Jimi Hendrix, Sleep and Clutch… somehow familiar yet incredibly fresh at the same time.”

Neil Fallon: “The phrase ‘world building’ is usually reserved for science fiction and fantasy. But I think you could apply it to The Sword as well. The lyrics and music capture the spirit of what first attracted me to heavy metal, namely, the escapism. There’s only a handful of bands that do this convincingly, and The Sword is one of them.”

Chose you package carefully, though, as the digital downloads are not a complete set.

This is a truly extensive and essential collection which celebrates the legacy The Sword and shows off their impressive back catalogue brilliantly.

Bryan Richie told MetalTalk that it was simply the right time to revisit the band’s career thus far:

“We’ve got all these exclusive 7″ singles and a split record or two, that were pressed in 1,000 quantities — maybe people heard those tracks on a YouTube stream in not really the greatest quality,” he says. “As the band had gone on hiatus, we had this wealth of material to share including live sets — things that were sitting on my hard drive for years, things that were given to me at shows. It seemed like the right time.”

John D. Cronise told us of the differences between the two formats and the methodology for compiling these:

“The CD package will be more of a career retrospective with selections from each of our albums as well as the rarities and B-sides and things. Sort of a mini box set, you could say. The set will include a booklet with essays and photos, to make it special and extra. Whereas the LP release [Conquest of Kingdoms] is more streamlined, with just the B-side and rarities material.

“Personally for me, that’s what’s exciting about the releases. A lot of that stuff I never thought would see the light of day but I always thought was really cool and was proud of.”