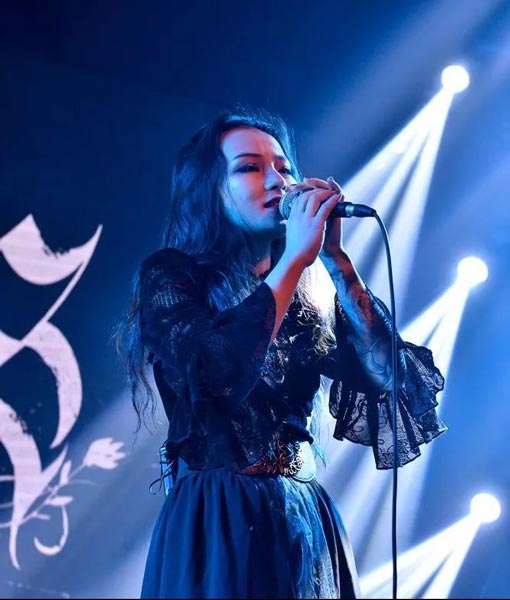 First opening up to Western Music through the 80’s and 90’s, MetalTalk have heard how the Metal scene in People’s Republic of China is now blossoming.

Chinese Metal history goes back to 1989, with the band Tang Dynasty who were the group to wear the tag of first Chinese Heavy Metal Band. The early 90’s saw Glam Metal Band Black Panther’s self titled album become the first Rock album to sell over one million copies in China.

But, even now, it is unusual for Chinese Metal bands to come to the attention of Western Metal fans.

While Heavy Metal may be the universal language, politics tends to disagree.

A track from the band Li Dao has been leaked to MetalTalk and it is an unusual event for a Chinese Metal band to have its Western debut.

MetalTalk managed to contact Li Dao and we have learnt about their brand of Symphonic Chinese Power Metal and the stories behind their upcoming first album. 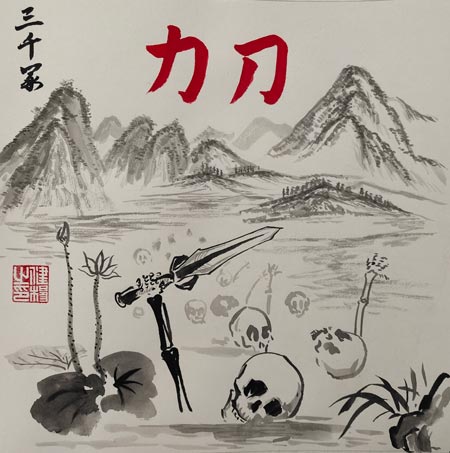 While in the West we know to expect ear-splitting volumes, mosh pits, crowd surfing and stage diving, we asked the band if this was the same in China and how they saw the Metal scene there:

“Metal is actually very popular in China. One difference at shows in China, compared to the West, is we do a thing where we all put our hands on each others shoulders and everyone in the venue is headbanging in unison.

“Even more extreme genres like Black Metal are popular.

“But to really see good shows, you need to be in Beijing or maybe Shanghai.

“You can play live, but it is a little more difficult sometimes, because you have to go through some bureaucratic checks first, such as sending your lyrics for approval.”

This “approval of lyrics” is something we last saw in communist Czechoslovakia where lyrics had to be approved by local ‘Validation Commissions’ in the 70’s/80’s.

Li Dao’s name translates as Power Blade and they put a Shaolin, kung fu cinema twist on the sword, sorcery and imagery of typical Power Metal.

The musicians all perform using character names and wear costumes (the most intricate of which is the bassist in a Beating Ghost festival death mask), and their upcoming album ‘Beyond the Great Fire Wall’, reads more like a Wuxia screenplay, than a track list.

‘Beyond the Great Fire Wall’ tells the epic story of The Power Blade.

In the village of Li Jing (vocals), a peking opera singer, is attacked by an evil sorcerer, causing her to journey for the Power Blade. The Power Blade holds the magic to resurrect the 3000 slain men at the bottom of Sword Lake to build an army armed for revenge.

Her lover, Tsering (bass), is killed in the attack but journeys on as a ghost.

Li Jing soon meets a blind swordsman, Hao Jing (guitar) and mysterious monk, Ru Long (drums), who aid her in her quest, along with her musician friends from the opera, These are turned to Jiangshi vampires from the attack (guzheng, erhu, dizi).

Here is the leaked track from the album, ‘3000 Tombs’ which, in the context of the story, is the part where Li Jing raises the army of the undead to attack the evil sorcerer.

We asked the band how they incorporate traditional Chinese instruments in their sound, which you can hear clearly in the outdo soloing in ‘3000 Tombs’:

“After the guitar solo, we use an Erhu (like a Chinese violin), a Guzheng, a Dizi and an Xiao, which are two kinds of flutes.

“A Guzheng is similar to a harp or a lute. When you think of Asian sounding music, this is probably what you hear in your head.

“These are also the instruments you hear throughout the song. Also, the big tribal drums in the chorus are what are called ‘tengu'”. 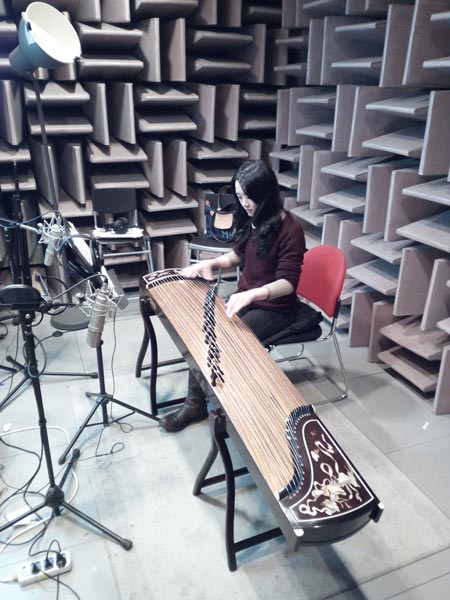 Li Dao told us more about their formation and their hopes for the future.

“The band formed from the ashes of two previous bands. We have been around for about six months, but we’ve all known each other for years.

“Some of us met at a Tang Dynasty show.”

As for the album and the bands writing process, they told us:

“We write the music first, then the lyrics. It helps to have a story to base it off.

“The inspiration for this project was because we love European Power Metal, but we don’t see Chinese representation.

“Sometimes bands try to play the same style of music, but they want to do it in a European style and we think this is so uncreative.

“Like, there is a very famous Punk band in China, but they use bag pipes. Why?

With China, like the rest of the world, suffering from COVID-19 gig issues, the plans Li Dao had made have had to change and, while it would be stunning to see this band live, it is currently a distant dream for all.

“I think a live show captures more energy always.” they told us, “But because of the world today, we are unfortunately a studio band for the moment.

“We hope to be a live band again soon.”

Finally, do Li Dao have a message for Metal fans across the globe?

“Politics tries to divide us, music can bring us together.

“Hope we can play for you soon. Keep rocking! 加油”