RIPPING OFF BLACK SABBATH IN COMMUNIST CZECHOSLOVAKIA – PART ONE 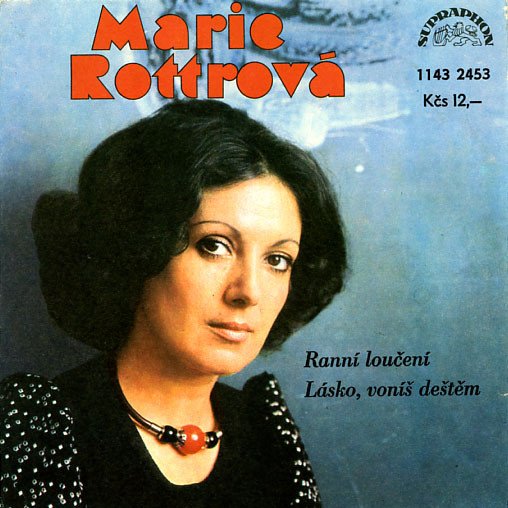 ‘Lásko, voníš deštěm’ (Eng: ‘Feels Like Rain’), is the 1981 Czechoslovakian smash hit single ‘written’ and performed by one of the greatest Czech singers Marie Rottrová.

Rottrová’s elegant chanson style lends itself beautifully to the song and her version is still a staple of radio and TV in both Republics today, even appearing on a recent TV Talent show.

That the song is a version of ‘She’s Gone’, originally on the album ‘Technical Ecstasy’ by Black Sabbath, would have even escaped the attention of Don Arden at the time.

Rottrová was in Ljubljana airport, in the former Yugoslovia in 1979 and spent her last Dinar on the vinyl LP as a present for her sons.

Having managed to bring the album back home (an action not without personal risk), the ballad style of ‘She’s Gone’ stood out for her as a track with some promise and she made plans to record a version of it.

At that time in communist Czechoslovakia, Black Sabbath and all West European and American bands were banned. Rottrová asked her lyricist to write politically appropriate Czech lyrics, the song was recorded and then presented to the ‘Validation Commission’.

In the seventies and eighties, *ALL* musicians (including live-only bands) had to have their music and lyrics approved by a local ‘Validation Commission’.

The requirement was that the music was appropriate and the song lyrics had the correct political profile. This meant pleasant stories, no sex, drugs or alcohol, no politics, no resistance. In other words, ramblings about not very much at all.

But it proved exceptionally difficult to gain approval. The majority of songs and even entire albums, were blacklisted and consigned to large safes never to see the light of day.

But, while illegal to possess, there was an appetite for Western Rock Music and when Marie Rottrová’s version was approved, the era of the Czechoslovakian ‘Cover’ version phenomenon had arrived.

The song lyrics have the singer walking alone on the same route that she walked with her new lover the previous day.

My love, you seem like a rain.
It was here when you said this
I remember it was bit breezy.
You took your coat off.
It was too big for me,
But I felt warm