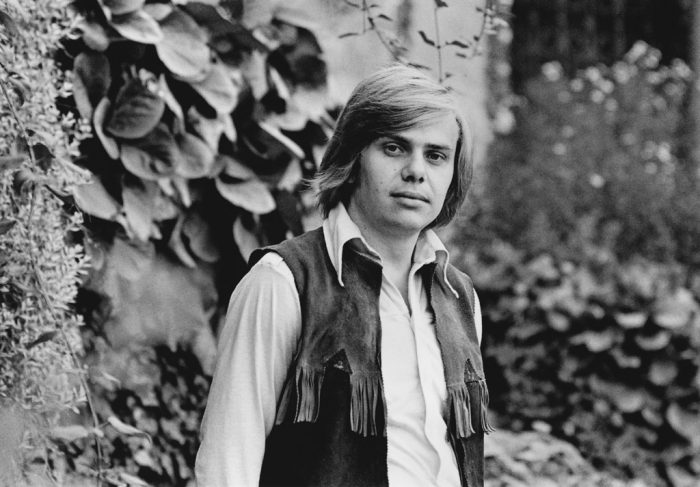 Jiri Schellinger, a Czechoslovak Hard Rock rebel, was disliked by the Communist regime and his untimely death, in Bratislava on 13 April 1981, still invites debate and conspiracy theories. We look at two Schellinger ‘Sabbath’ tracks which were approved by the local ‘Validation Commission’.

Schellinger was only 30 when he died, but even today he is talked of as a Hard Rock Legend and his music is very much still alive.

‘Báječní Muži’ (Into The Void) was the first track, and album title, of Schellinger’s debut solo release – a 1975  collaboration with František Ringo Čech.

Despite Schellinger’s rebellious nature and his differences with the leaders of the day, the album was approved and helped to cement his influence on the early Czechoslovak Rock scene. While ‘Into The Void’ talks about leaving ‘Earth to Satan’ in its closing lyrics, the theme of the ‘Báječní Muži’ is of hard working airplane pilots who are transporting passengers and food to/from the Czechoslovak Republic.

The inclusion of Moscow in the lyrics helped to the gain approval for the song. (The reason for re-writing the lyrics in such a way is covered in Part One.)

Fabulous Wonderful Men (Into The Void)

“Fabulous men are flying here, to us
The engines bring to land. I’m clapping
They have sweaty foreheads, never mind
Still they are going to work, everyday. Just like you.
They are wonderful as you know
They’re flying in the nights, while you are sleeping
They’re flying in the storm
While passengers have a pleasure flight…

A further album followed, which included their song ‘Metro, dobrý den’, based on Black Sabbath’s ‘A National Acrobat’.

This song decribes the excellence of the Underground transport system in Prague and how this great traffic solution makes life easier for workers.

“The train is noisy in the nice warm morning
And I’m traveling in the dark or light.
The train is going from end to the end
People are laughing, that i’m traveling from here to there.
I don’t mind.

If someone is not happy with this, they should find a different type of travelling.
I want just the Underground. It is a magic to me.
Hey tube, good morning, Can you imagine how easier it is traveling is now?
How easier it is to come to hospital and factories to work.”

On 13 April 1981, Schellinger was in Bratislava for a TV recording. In the evening, he was dining with the TV crew and a  young female singer.

Later joined by an unknown man, allegedly going by the name ‘Husak’, the drunken evening ended with a ‘challenge’ to jump into the Danube, led by taunts from the unknown man.

Schellinger’s body was found one month later, but the body was never formally identified by a family member or close friend. The autopsy report suggests the body had tonsils, while Schellinger’s were removed when he was younger.

Furthermore, the colour of the dead body’s eyes also differed and there was a 5cm discrepancy in height.

While many believe this was a Regime ‘ordered’ assassination, we will never know the truth as many documents were shredded following the Velvet Revolution of 17 November 1989.

A statue was erected on the Thirtieth anniversary of Schellinger’s death in Prague.

Black Sabbath was not the only rock cover Schellinger completed in his short career. Can you identify the original of this song?